'...We Pleaded With Them to Stop': Father, Son Die After Alleged Torture by Tamil Nadu Police in Custody

For representation only: Tamil Nadu Police paints the number plate of a two-wheeler.

Police had taken Jayaraj into custody for having his mobile handset store open beyond coronavirus lockdown curfew. After hearing of the matter, Benicks had gone to the police station and defended his father, which enraged the policemen. Those in the know said police had assaulted both of them at the police station.

Tensions are simmering in Tamil Nadu due to the brutal deaths of a father and his son after being allegedly tortured in police custody by the Thoothukudi police division at the Kovilpatti sub-jail. According to those who witnessed the savage assault on a Thoothukudi-based shopkeeper Jayaraj P and his son J Benicks, police officers had inserted hard objects inside the latter's rectum, as well.

The victims died in the intervening night of Monday and Tuesday at the hospital after spending a brief period at the jail post being remanded to judicial custody. After the Indian National Congress' twitter handle made public the caste names of the victims, the issue is also being seen from the perspective of a caste-based atrocity. 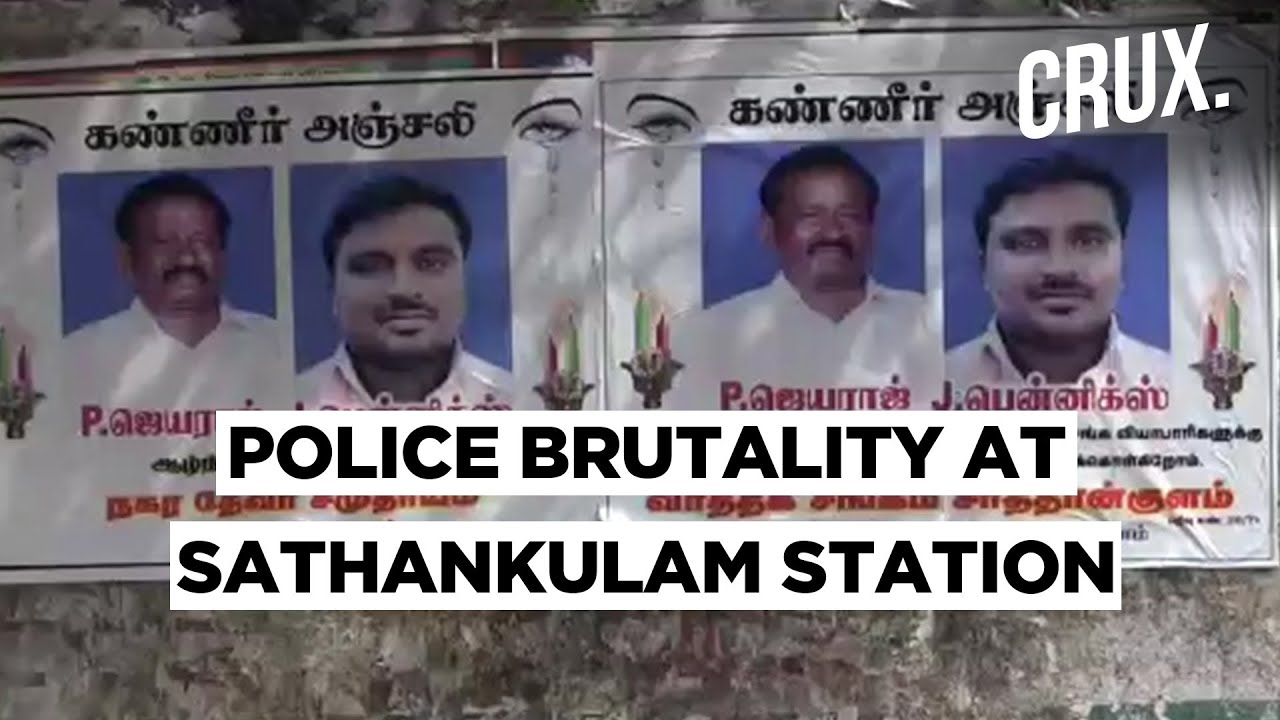 "We pleaded with them to stop the assault. We could hear it (the assault) from over 200 yards of the place,” they said. Lawyer Ravichandran, who had been present when the victims were taken to the hospital, said Benicks had to change his lungi (a lower-body garment worn by men in the state) several times because of copious bleeding.

The victims had been booked under Sections 188, 383 and 506(II) and remanded to judicial custody on Saturday. Three days later, the both the victims died within a gap of ten hours. According to police sources, Benicks died due to ‘internal haemorrhage’ on Monday. Jayaraj had complained of chest pain, and died a day later.

Locals in the area have begun a protest against the incident and "police brutality", creating pressure on the administration and affecting trade.

On Tuesday, relatives and important trade bodies had gathered to stage a dharna for action against the police. Those who attended said over a thousand people had protested.

Following the protest, the Madurai Bench of the Madras High Court took up the case and in its order on Wednesday, directed the Tirunelveli District Administration to provide the necessary infrastructure and support to the judicial magistrate - Kovilpatiti - for conducting the inquest. “There should be no interference whatsoever in his work,” the bench said.

A government lawyer said that social distancing would be an impediment against any large gatherings during the funeral procession of the victims.