In a Haryana Village Living in Shadow of TB Deaths, A Widow Fights Societal Taboos to Venture Out

Zaibuna, who lost her husband to TB earlier this year, became the first woman in Biwan village in 2017 to auction panchayat land for farming. Refusing to cave in to societal pressure and traditions, she now heads several Self-Help Groups and teaches other women to take control of their finances.

Biwan (Mewat): In 2017, 40-year-old Zaibuna became the first woman in Biwan village to auction panchayat land for farming. Her husband, Khurshid, was alive then and proud of her. Two years later, She lost him to tuberculosis. With his death, Khurshid joined several others in the area who succumbed to the harsh working conditions at mining ranges on the borders of Haryana and Rajasthan, and Zaibuna added to the growing number of widows in the village. Although the Haryana government banned mining a couple of years ago, those who worked at the mining ranges still reel under its effect.

Zaibuna lost her husband six months ago, but the empowerment she experienced by holding an auction was not to be sacrificed over societal taboos.

"My husband died of the same reason as other men in the village. I don’t want to let go of my freedom because he is not there with me… today I am the head of the 'gram sangathan' and the local self-help groups, I go ahead with my work and pay no heed to what others say,” she said, referring to those who object to a widow going about her chores outside the house.

Sitting outside her under-construction house, Zaibuna said, "Hum toh bahar jayenge, jo kehna hai kaho (I will go out, you can say whatever you want)."

But everyone in the village is not Zaibuna. A few do not leave their houses, only surviving on the pensions for widows and orphans.

As Haryana goes to polls on October 21, News18.com visited Biwan village where women who lost their husbands to mining discuss the "freedom to move out" and "more money in widow orphan pensions". The village heads demand better employment opportunities in villages where men contracted ailments after having worked at the mining ranges.

What is helping Zaibuna freely navigate through her space in a backward society is a government scheme — the National Rural Livelihood Mission. An NGO called the ABS Foundation took up the initiative of creating self-help groups that are now headed by her. Eight similar groups, comprising 10 members each, were formed and bank accounts were opened for each member to create a collective fund.

The mission has helped women to contribute an equal share of their funds and create finance for their small-scale businesses and expenditure on employment opportunities, such as buying a vehicle or a tractor for their eldest sons or renovating their house.

“I head the kitty money here and I use my clout to make sure those who borrow also repay their money in the fund for others to use. A woman who can make sure the money comes back cannot be cowed down by what others say,” said Zaibuna. 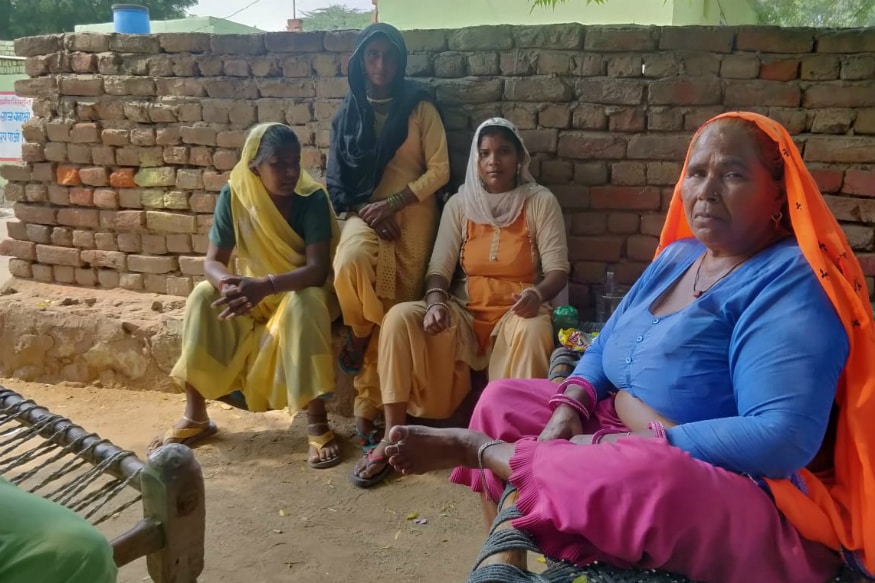 The widow is yet to receive her pension amount as the documents are with Akbar, the husband of the democratically-elected sarpanch — while the elected head, Sarika, is just a signing authority, her husband holds the real power.

Akbar says, "As soon as the Model Code of Conduct is removed, I will go to the tehsil and submit the pension documents for two women who recently lost their husbands to TB. The men who went to the mining ranges never recovered from their ailment and we slowly lost many of them.”

Although mining was banned, those who worked at the ranges could not escape its effects. “The ghost of mining machines still haunts us,” said Akbar, expressing hope that the government will come out with new employment opportunities for the affected women and men.

Meanwhile, the women tell tales of taking their husbands to doctors at far-flung hospitals only to come back with a long list of medicines that would have an adverse reaction. Naveen Lothar, who works with the ABS Foundation to uplift the government school in Biwan village, said, "People here worked in mining and suffered TB. Medicines were provided but the patients do not have enough nutrition to battle the heat generated by them. Over a period of time, the village lost many men — in five years many have gone.” 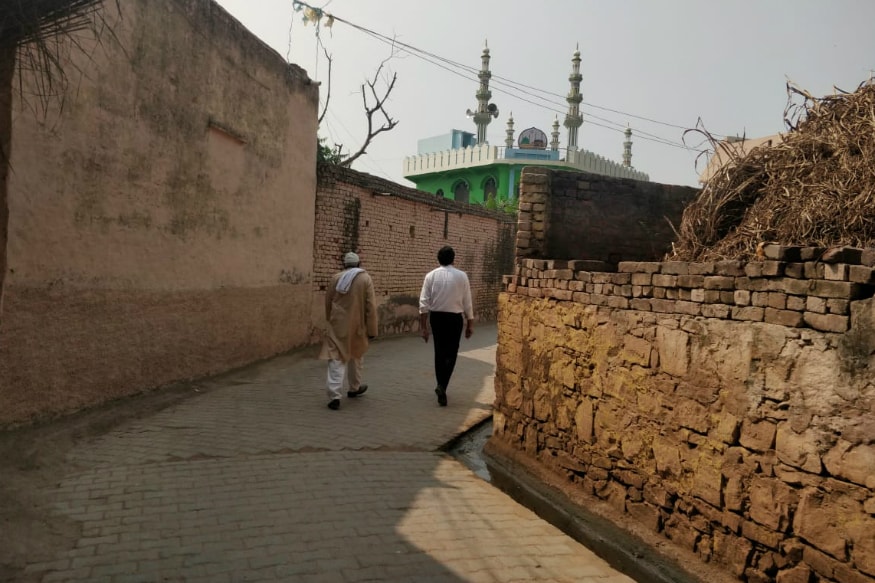 A photo of Biwan village in Haryana's Mewat

Lothar works in the government school attended by children who lost their fathers working at mining ranges. A new headmaster has recently been appointed at the school — Raj Kumar believes that with many orphan students there, the management needs to be more creative in increasing attendance in schools.

“I have heard this story, I am new, but I know that many orphans come here to study. Keeping that in mind, I am thinking of devising new ways to attract them,” said Raj Kumar. The school now conducts more recreational activities, such as puppet poetry, in order to attract more students.

More schemes and some solidarity

Zaibuna’s act of freedom is not replicated by all women. Some, like Basghari and Khatun, don’t move out of their homes at all and live on pensions for widows and orphans, which is Rs 2,000 and Rs 1,400, respectively. Unlike Zaibuna, they don’t feel free to move out for leisure.

“The money comes from the government, so movement is not required. More than that, why should I get myself into trouble by moving out? My husband is not there and people will talk about me going out," said Basghari.

The widows we spoke to said their lives are not about leisure or joyrides, but only constrained to receiving money from labour or pensions. The village society does not allow them to talk to any man or go out.

This village of 120 houses has only two Hindu families. What brings all the Muslim families together is their solidarity in loneliness.

Santa, who was married to Bhagwan Das and has been widowed for seven months, runs a small shop. “If I talk to any man for too long, people start commenting. So I make sure nobody halts here long enough to spark suspicion. People think I am having fun,” she said.

Sharing her ordeal, Raseedan, who lost her husband to mining 15 years ago, said, “In these times, we are each other’s support system. We build solidarity... ek doosre ko dekh dekh ke waqt kaatte hain (we spend time by looking at each other)."

Santa and Raseedan talk about their daily worries revolving around money and freedom every time the latter visits her shop. But Santa declines to appear in the same frame with her for a photograph. When asked to pose, Santa said, “We are widows and support each other, but we can’t be in the same camera frame as I am a Hindu and she is a Muslim.”