A man wearing a protective face mask walks past a dog sitting on a garlic sack in a closed wholesale market after authorities announced lockdown for one day this week in the West Bengal state, amidst the spread of the coronavirus disease (COVID-19), in Kolkata. (Reuters)

The count has increased by more than three and a half times since July 10 and the state has found itself clustered in the upper half among all major states in India with respect to the rate of growth over the last month.

The state has seen a steep rise over the last month and reported close to 3,000 daily cases in the last 6 days. It recorded its peak as 2,954 cases were reported on August 6. 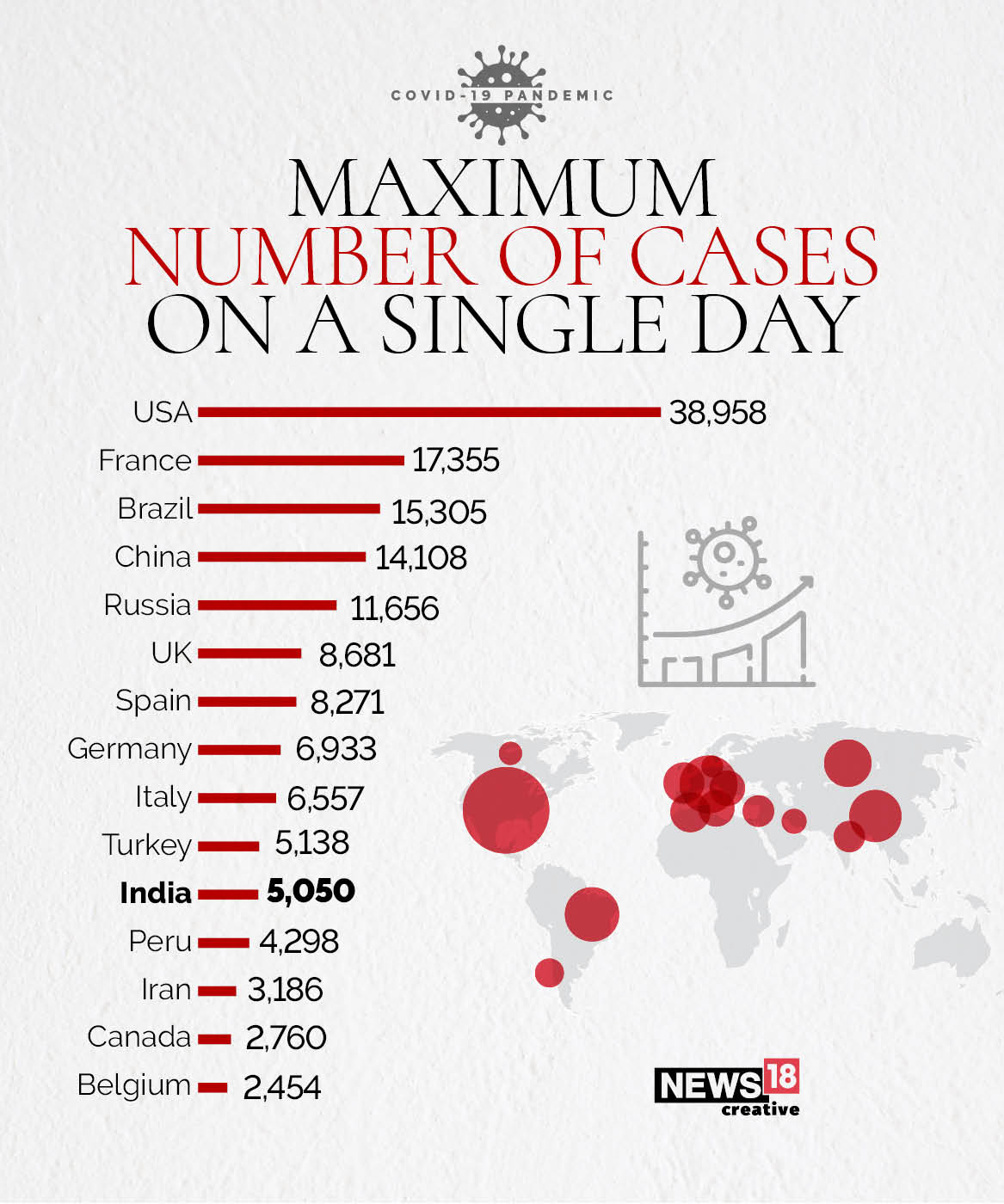 West Bengal first crossed the daily count of 1,000 cases on July 9 and since then has seen a sharp rise in the number of cases. The count has increased by more than three and a half times since July 10 and the state has found itself clustered in the upper half among all major states in India with respect to the rate of growth over the last month.

TESTING RAMPED UP BUT POSITIVITY RATE ON THE RISE

The state has significantly increased testing over the last three weeks. From testing an average of just above 15,000 daily samples for the week ending July 27, the number increased to over 19,000 on August 3. A touch over 25,000 daily tests have been conducted over the last week. However, even with ramped up testing, the Overall Positivity Rate has almost doubled over the last month. This implies that the rate of growth of cases has been higher than the proportionate increase in the number of tests from July 10 to August 10.

West Bengal recorded a Weekly Positivity Rate of 11.52% from August 4-10, suggesting that approximately one in every nine people being currently tested in the state are returning positive.

The five worst-affected districts in West Bengal – Kolkata, North 24 Parganas, Howrah, South 24 Parganas and Hooghly – all lie clustered together in the southern part of the state. While Kolkata has witnessed its cases surge by more than three times, the numbers have increased four-fold in the adjoining North 24 Parganas.

With the mortality rate at 3.38%, Kolkata is third-highest among the 17 districts in the country with 20,000-plus cases. Only Ahmedabad (5.8%) and Mumbai (5.5%) have a higher mortality rate. The state capital accounts for almost 46% of the total number of deceased due to Covid-19 in West Bengal.

In spite of being the fourth-most populous state in the country after Uttar Pradesh, Maharashtra and Bihar, West Bengal with 21 deaths per million population has fared better than Gujarat, Andhra Pradesh, Karnataka, Tamil Nadu, Maharashtra and Delhi.

As cases rise in West Bengal, the real worry for the state remains the epicentre Kolkata and the surrounding four districts.

West Bengal has extended the restriction on incoming flights to Kolkata from six Covid-19 hotspot cities – Delhi, Mumbai, Nagpur, Pune, Ahmedabad and Chennai – till August 31. The state is already observing its second phase of complete lockdown implemented at staggered intervals - on 7 complete lockdown days in August, no incoming passenger flights can land in Kolkata or any other airport in West Bengal.