'When You Live Like This, Why Not Take Drugs': Dark Reality of Substance Abuse by Delhi's Street Children

Twenty years after the United Nations first celebrated June 26 as the International Day against Drug Abuse and Illicit Trafficking, little has changed. About 275 million people worldwide used drugs at least once during 2016. Many among them were Delhi's street children.

Therapists look to rehabilitation and demand control as ways to solve drug addiction.

The streets of Delhi have accustomed themselves to witnessing two sides of the human condition. One, that graces the tarmac with wheels of fortune and glamorous comfort, and two, that stumps dry feet and greasy palms over it; the latter being not so fortunate. However, what brings together the distant realities of ‘poverty and plush’ in Delhi is the use of drugs.

For 17-year-old Jyoti, national secretary of NGO Badhte Kadam, childhood is a haunting memory from the dark archive of substance abuse. First exposed to psychotropic drugs at the age of 8, she recalled a not so distant past.

“I was 8 when I first realised that we did not have money to eat. After my father fell sick, us three siblings struggled to earn a day’s meal. We became children of the street. Back then I did not even know something called ‘the government’ existed,” she said.

Jyoti caught the habit of nasha or drugs while she was working as a rag picker. She had a gang that picked up trash, while also pulling off small-time theft, sweeping office floors and consuming drugs.

“My friends used to say when you have to live like this, then why not consume drugs. We all did drugs together and worked together. Carrying the worry of a dying father and a meal-less sleep on my shoulder, I worked and ran the household,” she said.

The 17-year-old was rescued by members of an NGO who rehabilitated and educated her. She said she was kept busy with dance, art, and schooling between 10 am to 6 pm, which helped her overcome the addiction. 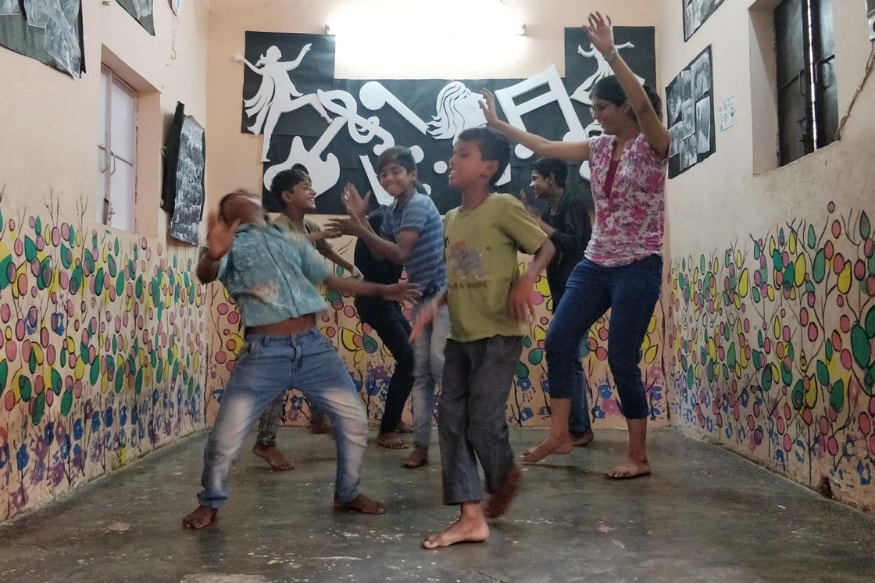 Today, Jyoti works as a child rights activist, life skills trainer and educator helping the many like her who are stuck in the abyss of poverty and see drugs as the only escape.

Two decades after the United Nations first celebrated June 26 as the International Day against Drug Abuse and Illicit Trafficking, things haven’t changed for the better. About 275 million people worldwide used drugs at least once during 2016. However, 450,000 didn’t make it to this historic achievement. They died due to drug overdose in 2015.

In India, according to the Ministry of Social Justice and Empowerment, 16 crore people consume alcohol, 3.1 crores consume cannabis and 2.26 crore use opioids. The drug menace did not only create addicts; it also created criminals. In 2018, 52,027 people were arrested in connection with drugs.

News18 spoke to Dr Ajay Lekhi, deputy health officer at the East Delhi Municipal Corporation (EDMC), to understand the gravity of substance abuse among children in the city.

“Substance abuse among children came under severe scrutiny after the Nirbhaya gang rape case where a juvenile was involved. Following his release, the court was hell-bent on knowing why a 15-year-old would commit such an act. The Court conducted a study in juvenile homes and found that children who commit crimes, first indulge in drugs during the primary age group of 5 to 10 years old,” he said.

The Court’s inquiry into substance abuse among children in classes 3 to 5 of local municipality run primary schools led to Lekhi’s appointment as team leader of 80 doctors in East Delhi, tasked to prepare a report for the Juvenile Justice Committee.

Lekhi and his team of Emotional Vocational Guidance Counsellors (EVGC) found that 16.8 per cent of 75,037 students across 368 schools indulge in substance abuse. Of this figure, 231 consumed alcohol; 1410 students smoked beedis and cigarettes; and 191 used inhalants such a white fluid (commonly known as whitener), petrol, industrial glue, and other injectable drugs.

Regardless of the common substances of abuse, the doctor, however, makes it clear that it is important to differentiate between a child and an adult when dealing in substance abuse.

“Asking a child if he/she abuses substance is the wrong way towards rehabilitation. We must organise art, craft and music activities; interact with them and earn their trust. It is during the course of these activities, that victims of drugs and substance abuse are identified,” he said.

Similar to Lekhi’s report, municipal corporations in North and South Delhi are also in the process of submitting one.

To tackle the drug menace in the country, the Ministry of Social Justice and Empowerment in 2019 put into force the National Action Plan for Drug Demand Reduction (NAPDDR) for the period 2018-25.

According to a note by the Ministry, the Action Plan aims “to reduce adverse consequences of drug abuse through a multi-pronged strategy involving education, de-addiction and rehabilitation”.

The NAPDDR plans to host preventive education and awareness programs targeted at vulnerable and at-risk groups; provide training to personnel and service providers in rehabilitation; establish de-addiction at government hospitals and convert existing ones into treatment clinics.

As a measure towards ex-drug addicts, the Plan will also promote skill development and vocational training “to instill a sense of purpose and self-esteem in individuals”.

In what may be an alarming figure, Sanjay Gupta, director at CHETNA or Childhood Enhancement Through Training and Action, claimed that Delhi consumes between Rs. 27-35 lakh of white fluid every day. Street children make up a huge market for drugs like these, he told News18.

“Children have access to substances from petty shops, vegetable vendors, stationery shops, the list goes on. So, getting substance in the form of puncture tube or white fluid is absolutely not an issue,” Gupta said.

He reminded that most substances of abuse have their own use value and hence cannot be banned. “There was a petition filed by a known NGO at the Chandigarh High Court on banning such substances. The Court in its ruling said it is remotely not possible to keep banning things because they may keep switching substances.”

Given this complicated nexus of use value and abuse; efficiency and exploitation, Gupta said rehabilitation and demand control is the only way to solve drug addiction.

Ravi first smoked smack – a psychotropic substance – at the age of 10. “I got addicted to drugs in the wrong company of people on the street,” he said.

The 24-year-old dance therapist was rescued by a CHETNA in 2006 and was made to attend regular workshops on de-addiction. He was also sent to a rehabilitation home in Agra.

“I always wanted to be a dancer. And I knew that I couldn’t be one if I consumed drugs. The doctors had told me that if you want to live, stop consuming drugs. I was suffering from the abuse of a number of substances at a very young age,” Ravi said, recalling his motivations to free himself from substance abuse.

Gupta thinks the task of freeing children from substance abuse is challenging given the number of de-addiction centres in Delhi. He said the six centres in the city match nothing to the number of affected children. “Centres for adult victims cannot be used for children because Child Protection Policy does not allow it. They are also vulnerable to cross learning about new substances,” he added. Thirteen years after his rescue, Ravi, who now works as a dance therapist working with CHETNA, realises the small acts of motivation children need to be given to get them out of bad practice. He has “therapised” dancing as a method of shifting a child’s focus from the need for substance.

"If a student consumes drugs, he is not allowed to dance. It is dance therapy and not a baraat,” he said.

For Ravi, a child’s development out of substance abuse cannot be measured by assessing any one aspect of living. “The child who used to lie high on the street, after proper counselling and therapy must find reason and meaning out of his lifestyle. They must hope to live well; eat well; behave well; work in better jobs; and add discipline to their lives.’

“They are not nobodies. They shouldn’t feel like one too,” he added.