Home » News » India » 'Where is Black Box'? For This J&K Village, Mystery of IAF Crash After Balakot Strike Hinges on 1 Question
4-MIN READ

'Where is Black Box'? For This J&K Village, Mystery of IAF Crash After Balakot Strike Hinges on 1 Question

From the beginning, the black box was reported missing from the site where IAF's Mi-17 V-5 helicopter crashed and many officials fear that it may have been stolen by some civilians.

Gariend Kalan (Budgam): In eighty years of her life, Faitma has never seen a plane, let alone boarding one. But if you ask her what a ‘black box’ is, she will tell you.

On February 27, an Mi-17 V-5 helicopter crashed few meters away from where she lives in the fields of Gariend Kalan, a village located in Jammu and Kashmir’s Budgam. Six Indian Air Force (IAF) personnel and a villager were killed in the crash.

At the same time, India and Pakistan were poised in an aerial dogfight about a hundred kilometres away in the south-west, which was triggered by a series of events that took place after the Pulwama terror attack of February 14.

A probe into the crash is stalled, as per IAF officials, because the black box of the aircraft is still missing. The device was reported missing from the site of crash from the beginning, and many officials fear that it may have been stolen by some civilians. Reports further suggest that the aircraft might have been hit by "own friendly fire."

The black box, or the flight recorder, which is not a box and is often coloured orange, captures voices in the cockpit and data from the airplane. This information is critical in determining what happened to an airplane even after it’s broken into many pieces.

“So many people have come here asking for that dabba,” says Fatima. “They told me what it looks like and what it is,” she adds.

And so, the case of the missing black box has captured Fatima’s imagination and that of the villagers, with many feeding their fascination by watching videos about it on the internet.

“Our all kids know what it is. They will explain to you how it works. Even I can tell you. We saw everything on phone,” says Fatima. 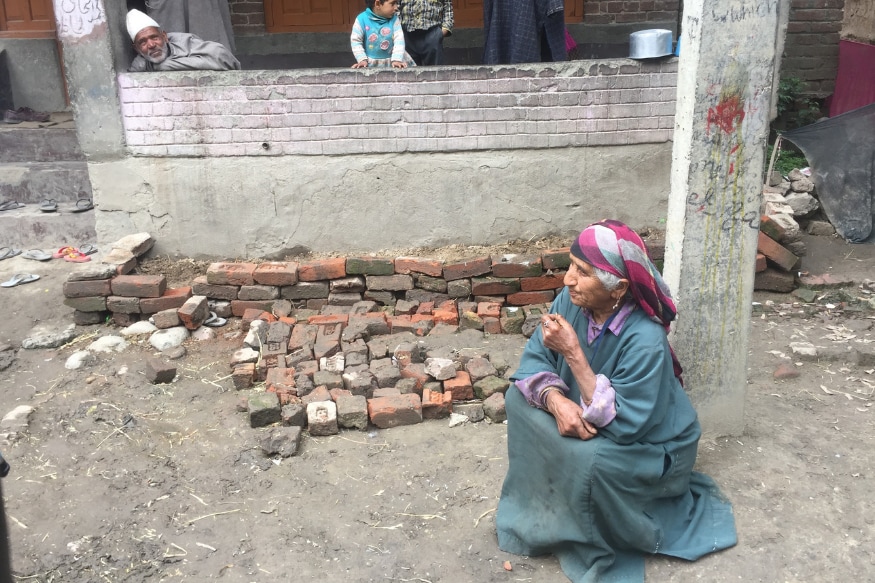 People come to the village asking for the black box all the time, says Fatima.

What happened that day?

“There were around three aircraft flying at that time,” says 36-year-old Fahmeeda, who was in the lawn of her house at the time of the crash.“Two jets were flying over the chopper. The Jets were very high and at a very fast speed,” she says.

Seeing the legion of fighter planes, she and the other villagers thought that a war between India and Pakistan has started. “I was looking at the sky and could see the chopper and then suddenly there was something like a shooting star that struck the tail of the chopper,” Fahmeeda recalls.

There was a huge bang. And then, another one. After that the aircraft came spiralling down. Petrified, Fahmeeda says she screamed and ran away from her house. Villagers recount the same scene in every household, people fleeing their homes frantically in search of safety.

The accounts given by Gulshan Banu, another woman in her mid-thirties, were similar to Fahmeeda’s, except, she actually saw the aircraft crashing on the ground near her house.

“The bang has created cracks in our house,” she says. 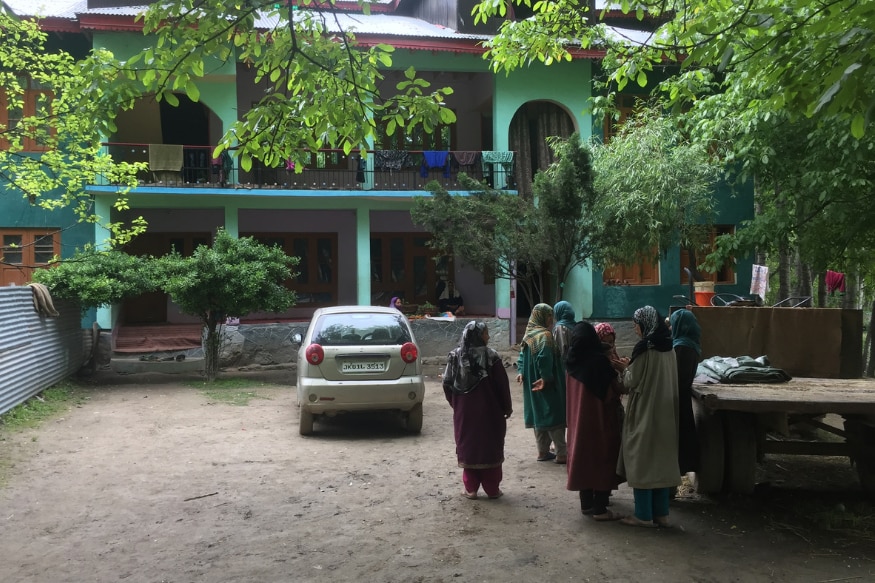 Fameeda, along with other women of her family, outside her house in Gariend Kalan.

The debris of the destroyed chopper were scattered all over the village. “Some parts were in the lawns, on our roofs and few on the trees,” says Mohammad Jaffar, another villager.

“There was also an Apple phone that was later identified as an iPad, near my house. It was working at the time I found it, but there was another near the aircraft, which was completely charred” he says. Jaffar returned the device to the officials.

When the IAF officials descended on the site of crash in another chopper, a huge crowd started to pelt stones at it.

“There were some people who pelted stones but we rebuked them. We told them this is an accident and they cannot behave like this. Later the people pacified,” says Jaffar.

News18 has learnt that while retrieving the bodies, the officials also collected the other items recovered at the site from the villagers.

One such item was a bag found in Mohammad Yousuf Ganaie’s lawn. “There was a bag and I thought was my son’s school bag, but when I went close I realised it fell down from their aircraft. I poked it with a stick, fearing that there might be a bomb inside,” says the carpet-weaver.

The villagers are sure that IAF officials took away “everything which was in the village” that day.

“When the IAF officials came looking for things, they asked about two missing pages,” says Ganaie. “We found these pages on a tree and handed it over to the IAF officials. They thanked us and left,” he adds. 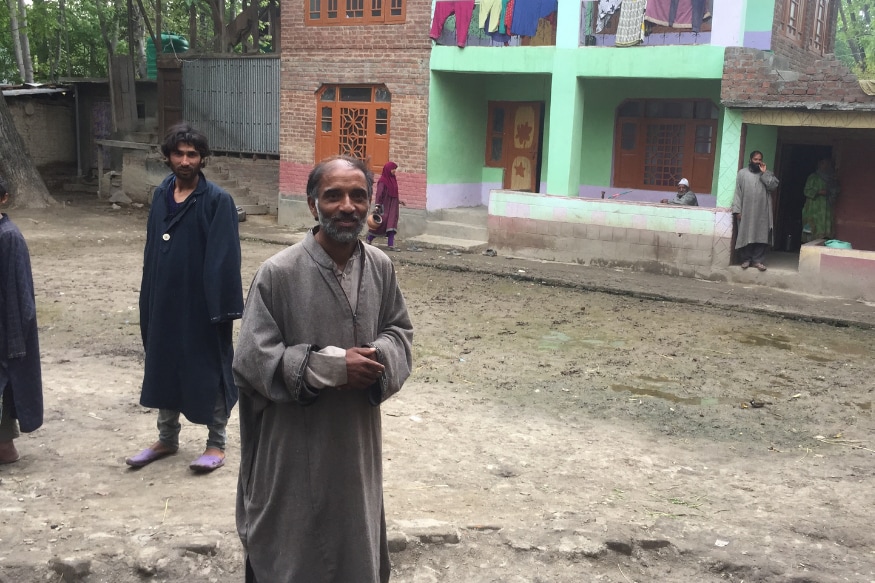 Mohammad Yousuf Ganaie, outside his residence.

Where is the Black Box?

The villagers believe that these men took away the black box as well. “They didn’t leave without collecting the missing two pages. How would they miss the black box?” says Ganaie, who then adds, “A lot of people have come here for that Dabba. They can search our houses. Why would we keep that useless thing?”

However, the IAF has reported that the black box is still missing. “We have started the investigation,” says a police official, who is part of the investigating team.

The IAF officials, who don’t want to be named, believe that some locals took it away. “We had to collect parts from the locals. There is every possibility that the black box has also been stolen,” the official says.

A local boy was also killed in the crash. Recently the family of one of the slain IAF officials visited the family of the civilian and the site of the crash. “There were four family members. They saw the spot and broke down,” says Jaffar.

He adds, “Whenever anyone visits this village the first thing we ask them is: ‘are you looking for the black box’?”
Tags: