‘Will Fight Even on Foreign Soil to Protect India’: Video of NSA Doval’s Chat With Ashram Head Surfaces

In the video, uploaded on the Facebook page of a Rishikesh-based ashram called ‘Parmarth Niketan’, National Security Advisor Ajit Doval can be seen sharing space with the head of the ashram, Chidanand Saraswati.

On a day when RSS chief Mohan Bhagwat talked about China “encroaching” on Indian soil, a video of National Security Advisor Ajit Doval has surfaced in which he can be purportedly seen and heard asserting India’s capability to fight on its own soil as well as on foreign soil.

In the video, uploaded on the Facebook page of a Rishikesh-based ashram called ‘Parmarth Niketan’, Doval can be seen sharing space with the head of the ashram, Chidanand Saraswati. The video is dated October 24 and titled ‘Special Ashtami and Navami Navaratri Pujan and Ganga Aarti’.

“You said that we have never attacked,” Doval purportedly says to Saraswati. “There are views about it, that if there was danger from somewhere, we should have done it. To save the country is essential. But that we will fight only where you want to fight is not necessary.” 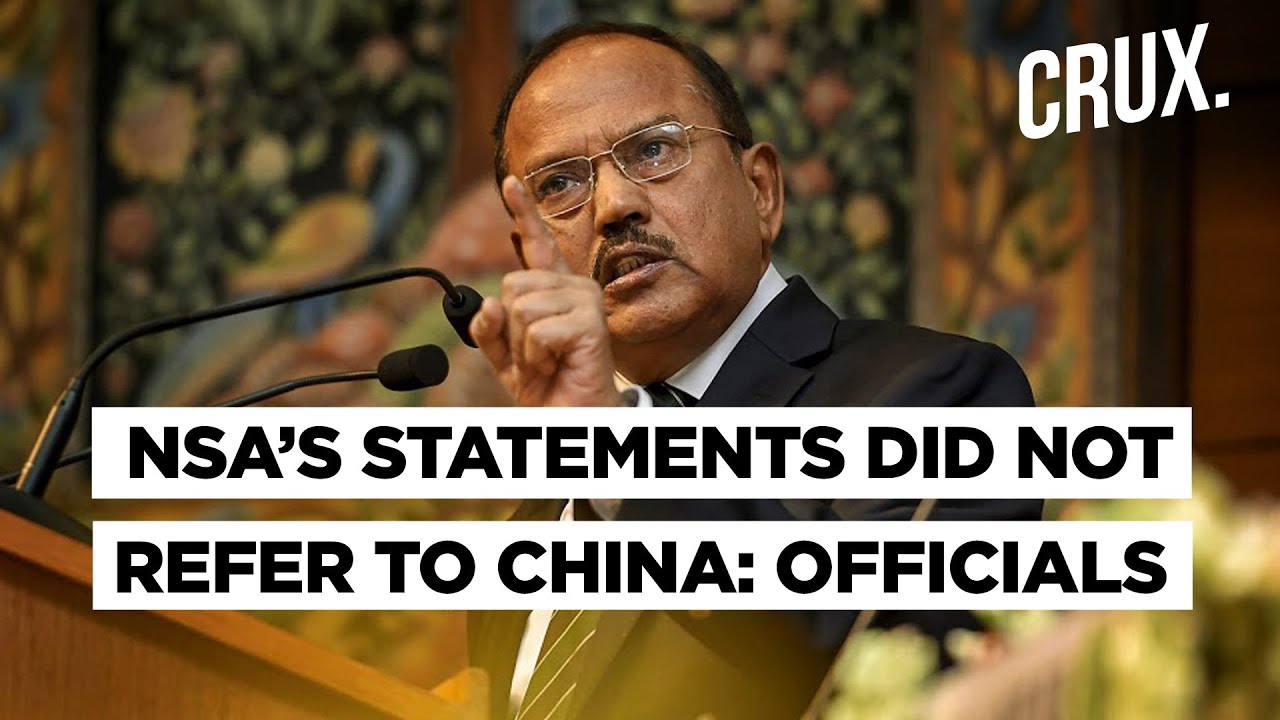 The video featuring the NSA talking about taking on China has surfaced the same day when RSS chief Bhagwat talked about China encroaching on Indian soil and being “stunned” by India’s response.

“Ours is a civilisation state. It is not based on any religion, language or sect. What cannot be seen, what is the foundation of this nation… is its culture,” Doval says, complementing the spiritual leaders for keeping it alive.

Praising “rishis and munis”, Doval says they founded the nation of India which was separate from the state of India. “We don’t safeguard the nation, we secure the state. State has definite boundaries. The nation is safeguarded by those who found it. It is founded by people like you,” Doval can be heard telling Chidanand Saraswati.

“The soul of the Indian nation has been sparked by rishis and munis, and sages like you. If the nation was not there, then there would have been no state. Even if the state is not around, the nation will continue to be,” Doval says in the video.

He said that India was the only civilisation that continued to remain alive for thousands of years despite coming under attack by “foreign aggressors”. Doval said that the Persian civilisation was finished after one attack, as was the Egyptian civilisation.

Addressing the head of Parmarth Niketan, the National Security Advisor said, “The talent and skills [we have] are not difficult to learn. They take time…We can only give our lives. We fight for physical things, with physical things. Only you can fight with spirituality.”