Sikandar, a ward boy at the Max Hospital donates plasma to a Covid-19 patient.

What complicates matters is that one donor can at most help two patients. There are also limitations on the kind of patient who can benefit from plasma therapy.

Delhi Chief Minister Arvind Kejriwal on Monday announced setting up of a plasma bank to save the lives of serious COVID-19 patients in the national capital. At an online media briefing, he said the bank will start working in the next two days, adding the AAP government will encourage those who have recovered from COVID-19 to donate their plasma.

The announcement came as huge relief for hundreds of patients and their families who, in the last few weeks, have run from pillar to post to locate a plasma donor.

One of them is Adya Warrier and her family.

Warrier's father was diagnosed with coronavirus on June 19 . All treatment at Delhi's Sir Ganga Ram Hospital failed to improve his situation and soon plasma therapy appeared to be the only viable option. But getting a donor was even more difficult than getting a hospital bed. Warrier says she contacted 300 leads over two days but most donors refused to cooperate.

“Someone even asked, ‘How much are you willing to pay me for the plasma donation?’ Most donors refused to come to the hospital," she says. 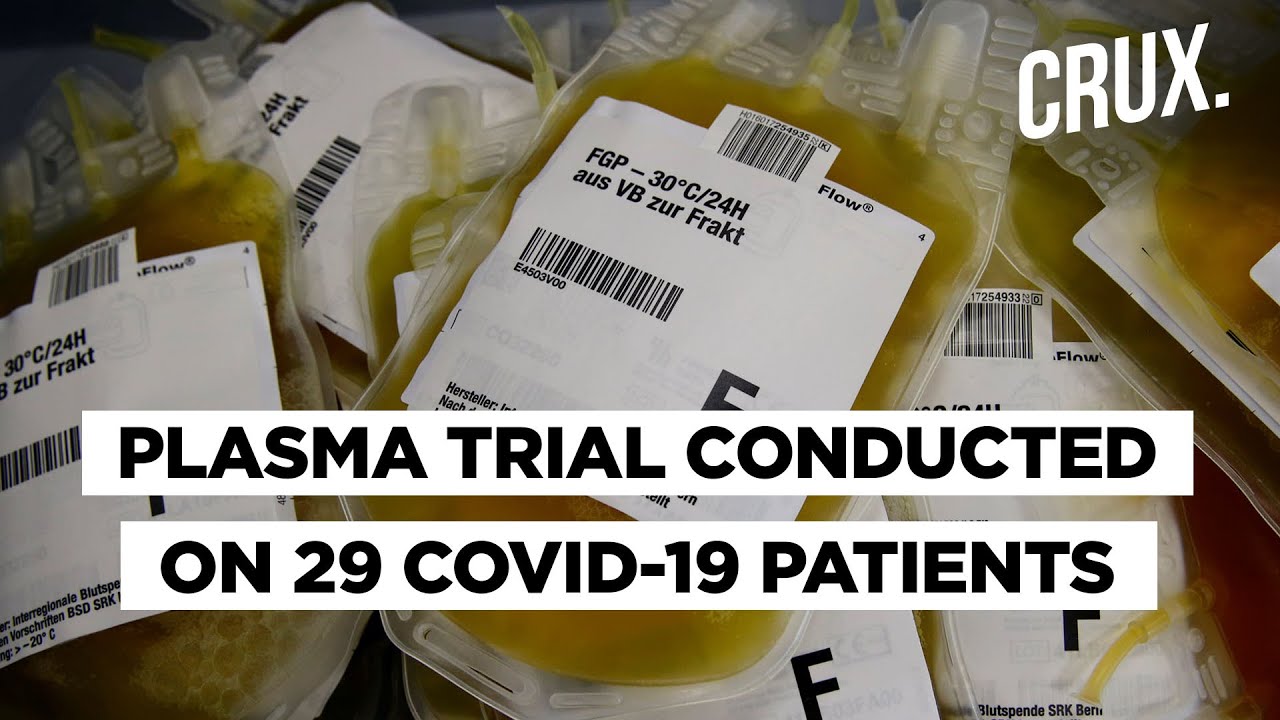 Contacting organisations like Dhoondh also didn't help. "We contacted Dhoondh and the Cab Foundation but both organisations are overburdened and have more plasma seekers than donors at this stage," Warrier told News18.

Her family was lucky that finally at the hospital itself they found a donor whose blood type matched, but the experience, Warrier says, "was the hardest thing ever that I had to do".

While the quest for her family ended on a positive note, there are several others who are not so lucky. Dr Rommel Tikkoo of the Max Hospital says more needs to be done to create a centralised donor data base. "I have to turn down so many people because I have no list of who a donor could be. Hospitals must create a list and share it with each other," he says.

What complicates matters is that one donor can at most help two patients. There are also limitations on the kind of patient who can benefit from this therapy. But the demand for donors is growing.

Joint CP Devesh Srivastav says more than 140 policemen who caught coronavirus in the line of duty have donated plasma but the numbers are few.

Plasma therapy is not a certified treatment for Covid-19 but doctors are increasingly relying on it. Kejriwal has claimed that plasma therapy has saved many lives but in the absence of any centralised data base about plasma donors, it is left to harried patients to run from pillar to post to save their loved ones.

Numerous Facebook groups and NGOs such as Dhoondh.com are trying to connect donors with patients, but it is clearly not enough.

Jagmeet Singh spent two days looking for a plasma donor for his 73-year-old mother. He was given the lead of a police constable who could be a match but locating the policeman itself became like finding needle in a hay stack in the absence of any centralised data base.

"Finding a donor is a big problem. Many patients who have recovered are unwilling to go back to the hospital. They have to be counseled and convinced," Dr Tikkoo says.

It is here that Kejriwal's push for a centralised plasma bank could face a challenge. Sikandar, a ward boy at the Max Hospital, is a plasma donor. He says his neighbours threatened his family when they got to know he had caught the virus on duty. "They threatened to throw us out. Even now there is stigma, so people with the disease don't wish to go public," he says.

Doctors concede that so far there is only anecdotal evidence in support for this therapy but some studies do claim that it works.

Dr Tickoo, however, cautions this treatment is not a 'sanjivini' for all Covid-19 patients.

"Convalescent plasma therapy is an experimental treatment for severe cases of Covid-19. No drug has been proven to be effective so far. In fact, we have no specific treatment for Covid so far. Patients who have recovered from this infection have some antibodies in their blood which, if transfused to a Covid-19 patient, can help them fight the infection," he says.

"This antibody-rich plasma, which is the liquid portion of the blood, helps them fight the infection and also reduces the risk of progression from moderate to severe disease. Now, it can't be given to patients who have a mild infection and nor to those who have critical disease or multi-organ failure. So you really have to choose your patients and give it to somebody who has some kind of respiratory problem like pneumonia or impending ventilatory support," he says.