In his book titled 'Let Me Say It Now', Maria indicates that the militant group wanted to project the 26/11 attack as a case of 'Hindu terrorism'.

In his book titled 'Let Me Say It Now', Maria indicates that the militant group wanted to project the attack as a case of "Hindu terrorism". "There would have been screaming headlines on newspapers claiming how Hindu terrorists had attacked Mumbai. Over the top TV journalists would have made a beeline for Bengaluru to interview his family and neighbours. But alas, it had not worked that way and here he was, Ajmal Amir Kasab of Faridkot in Pakistan," Maria says.

A picture of Kasab too hints at LeT's plot. 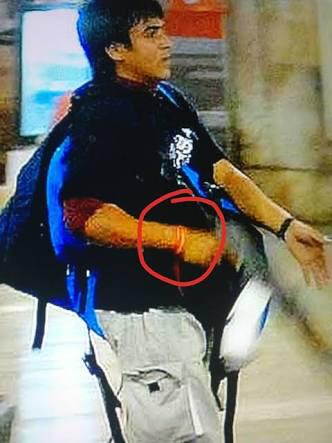 Earlier it was reported that the attackers carried fake ID cards of Arunodaya College in Hyderabad. The Mumbai officer says that similar identity card was planned for Kasab too.

Making stunning disclosures, Maria, who was suddenly promoted and shifted out as director general of home guards while probing the Sheena Bora case, further says that Kasab had initially joined Lashkar-e-Taiba for committing robberies and had "nothing to do with jihad".

"He and his friend Muzaffar Lal Khan wanted to commit robberies to improve their financial status and wanted to get hold of some weapons and training to achieve their nefarious objective," he says.

"Kasab seriously believed that Muslims were not allowed to offer namaaz in India, and mosques were locked up by the authorities. He felt that the azaan he heard five times a day in the crime branch lockup was just a figment of his imagination. When we came to know of this, I instructed Mahale (investigating officer Ramesh Mahale) to take him to the mosque near the metro cinema in a vehicle," Maria adds.

The officer says that Kasab was "bewildered" when he saw the namaaz in progress.

Maria reveals that keeping Kasab alive became his "first priority". "Anger and hostility towards him were perceptible (among Mumbai police personnel). Pakistan's Inter-Services Intelligence (ISI) and Lashkar were bent upon eliminating him by hook or crook to obliterate the only living evidence of their heinous deed," he writes, adding that the Dawood Ibrahim gang was given the responsibility to kill Kasab.

On Kasab's photograph being released, Maria revealed that it "was the handiwork of Central agencies. The Mumbai police tried hard to not disclose any details to the media, fearing for the security."

The former top cop also revealed that he personally interrogated him every day. "It gave me a deep insight into the psyche of how terrorist outfits operated. Our daily interactions forged some sort of a bond between Kasab and me, and soon Kasab began addressing me respectfully as 'Janab' (sir)."

The book also notes that after three rounds of training, Kasab was given Rs 1,25,000 and a week-long family visit holiday. "He gave the money to his family for his sister's wedding," wrote Maria.

According to him, originally, terror attack on Mumbai was planned on September 27, 2008, the 27th day of roza.