Modinagar residents have taken a dim view of Congress president Rahul Gandhi's remark, 'Why do all thieves have Modi in their name?'

New Delhi: In Modinagar, a highway town 45 kilometer northeast of Delhi, elections have taken a personal tone. The town, which falls midway between Ghaziabad and Meerut and was once a hub of mills and factories, takes pride in its history that is inextricably linked to its appellation. Lately, however, the town has found itself in unnecessary political mudslinging.

An attack on its namesake Prime Minister has left Modinagar a bit bemused. Earlier this week, when Congress president Rahul Gandhi asked, "Why do all thieves have Modi in their name?" referring to fugitive businessman Nirav Modi, former Indian Premier League commissioner Lalit Modi and Prime Minister Narendra Modi, those with the popular surname took offense.

Bihar Deputy chief minister Sushil Modi even filed a defamation case against Gandhi, while Lalit Modi, who is being investigated by the Enforcement Directorate for financial irregularities, threatened to sue the Congress president.

Modinagar residents have also taken a dim view of Gandhi's comments as they don't want the name dragged through the mud. "It is offensive," says Rakesh Kumar Agarwal, a Modinagar resident. "How can those who are thieves themselves call others with the name 'Modi' thieves? It's the name of our city, it doesn't belong to them."

Agarwal, who runs the famous Jain Shikanji shop in the town, says the name 'Modi' holds a certain stature in the town's history. "In this city, Modis have a different reputation and identity. We have Modi Sugar Mill, Modi industries and Modi temple," he said. 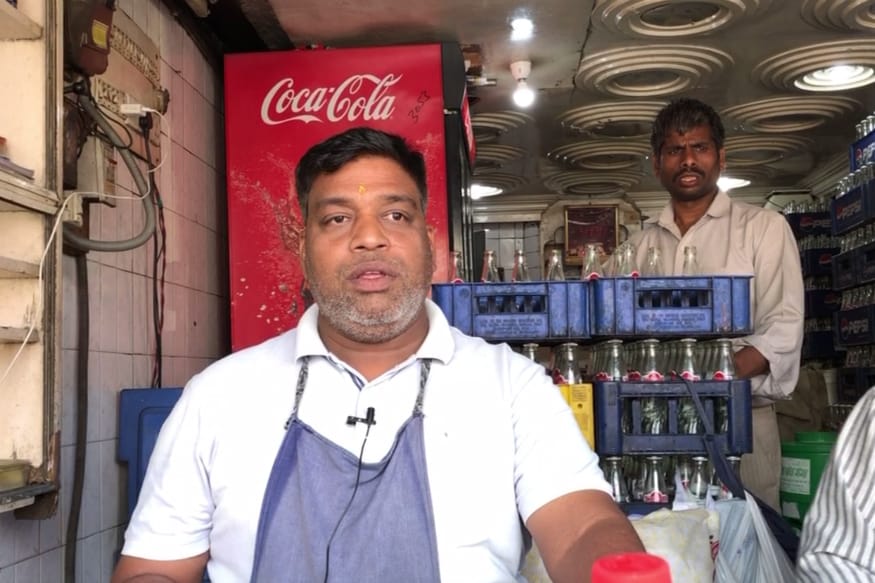 Rakesh Kumar Agarwal, owner of the famous Jain Shikanji shop in town, is a Modi supporter.

Modinagar was inhabited in 1923 when industrialist Rai Bahadur Gujarmal Modi came to these parts from Patiala and set up a sugar mill there. Gujarmal Modi, who was later awarded Padma Bhushan, also set up several factories and a degree college in the town, bringing employment and prosperity. Incidentally, he is also the grandfather of Lalit Modi, who has taken Gandhi's 'Modi' comment as an insult. "This place was called Begumabad. After Gujarmal Modi set up multiple mills and factories and settled the town, the British named it after him," says 76-year-old resident Mithelesh Kanodia.

Kanodia tells News 18 that he was a Congress supporter since the times of Jawaharlal Nehru, but switched to the BJP when Modi came into the picture five years ago. "Today, people even abuse the Gods," he says when asked about Gandhi's comments. "They are only sullying their own tongues."

Kanodia explains that Modis are not a single community one can insult, but a profession followed by people from various communities and castes historically. "The Britishers referred to the people who supplied them ration as ‘Modi’. You'll find Parsis, Muslims and people from different communities with the 'Modi' surname," he said. "It's not a single caste or community of people.'

Kanodia's son, Radhelal, who runs a business in Ghaziabad, says the name of his town must not be slandered. "There are some Modis who are in the 'chor' category, but that has nothing to do with Modinagar," he says.

Sohanlal Tyagi, a BJP worker who switched over from Samajwadi Party after Modi became the Prime Minister, says the name is associated with honesty and hard work in the town. "The Modi name can't be that of a cheat or thief. A person can be a thief, not an entire community," he says.

Devendra Kumar Verma, another resident, says PM Modi has done 50 years' worth of work in five. “How can he be a thief? What kind of person would defame (a name) like this? This is city is great, and so is our Prime Minister," he says.

Like Verma, the trader town largely supports PM Modi, even though most shopkeepers feel their businesses have suffered in the past few years. "Whether Modi accepts it or not, our business has gone down. The last few years have seen big losses for traders and businessman," says Rajiv Agarwal, who runs a clothes shop in Modinagar. "But I still support Modi," he adds.

But there are a few who do not see the current Prime Minister in a good light. While the town and the Prime Minister sharing a name is merely a coincidence, some see the association bringing disrepute to the town. "Woh doosra Modi hai, yeh doosra Modi hai (that Modi is different from this one)," says Hemant Taluja, a 32-year-old cable operator. "This city was settled by Modis and it's very old. That Modi (Prime Minister) has only become famous recently."

Taluja doesn't have a problem with the Congress president's comments and says its not applicable to his town. "Look, he's right. But this town is different. If one man is a cheat, it doesn't mean everyone bearing his name is a thief too."