AIFW SS'16, day 2: Models unleash the inner child as they ditch high heels for roller skates on the ramp

New Delhi: In a one-of-its kind show, designer Ashish N Soni sent the models on the ramp wearing roller skates. Since his show was themed as 'The Inner Child', the models did rollerskating on the ramp like a pro.

The show began with a bunch of kindergarten kids singing rhymes and model Alesia Raut gliding down the runway wearing roller skates.

With sharp cuts and comfy silhouettes, his collection experimented with the denim fabric. Denims are the designer’s personal favourite and he wanted to incorporate that in all his outfits.

Sticking to the basic shade of black, blue and white, the designer presented some interesting laundry effect bleach treated denim flared dress and perforated denim tops. There were also some stylish Bandhgalas and jackets that became the highlight.

"The idea was to celebrate the child-like quality that we have. Over the years people lose it, so the idea was to remind people that let's get back the child alive," the designer told reporters after the show. 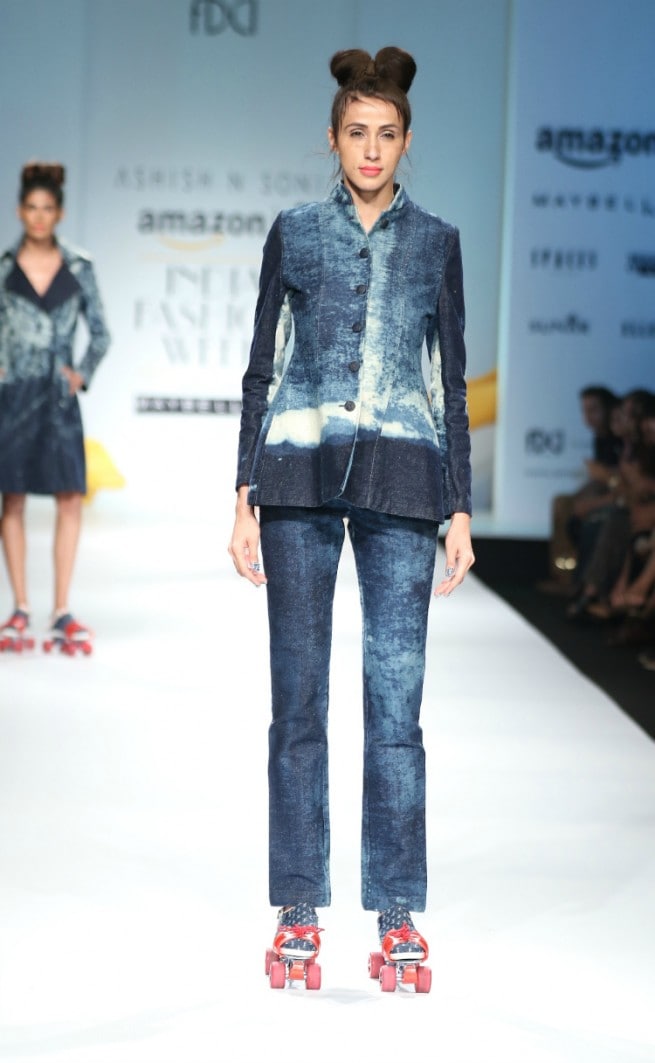 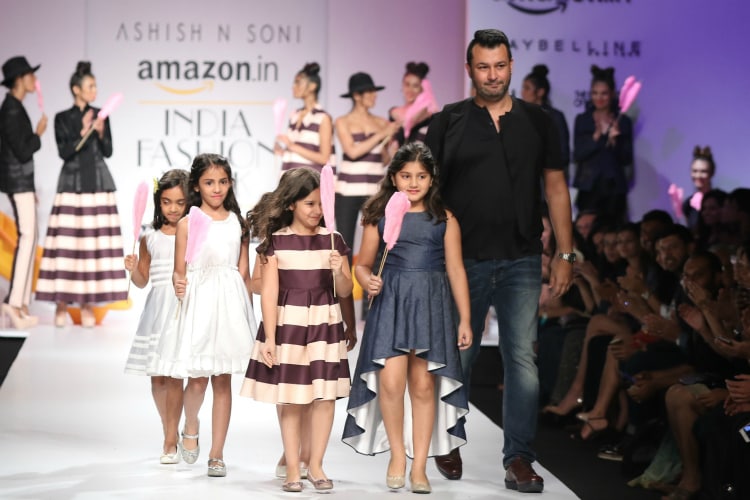