Kapur believes the show will give viewers a previously unseen glimpse into the different foods of the country; it certainly was eye-opening for him.

Still from the show (All images courtesy: Utsav: Thalis of India)

Whether served on a banana leaf, an earthenware dish, a wooden platter or a gleaming metal receptacle filled with smaller but equally shiny containers, the concept of a Thali is a universal to the myriad cuisines of India. Much like the ubiquitous khichdi, the thali permeates every region of the country, perhaps different in form and execution but identical in conception. Indeed, the entire science behind the thali, the balancing of flavors and the medleying of ingredients to create a complete culinary experience, is quite similar to that of the khichdi. 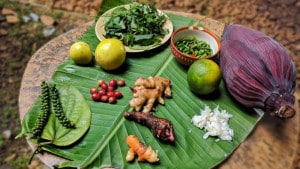 In his show, Utsav: Thalis of India on Living Foodz, Kunal Kapur, executive chef at the Leela Kempinski, Gurgaon -- who is familiar to Indian audiences as one of the hosts of MasterChef India, as well as his own shows including Pickle Nation, Fit Foodie and My yellow Table -- travels across the country, stopping by 18 cities to sample their wares, as it were. "The idea developed while I was shooting for a previous show in which I got to travel across the country. There are so many hidden treasures out there and the thalis of different regions is a great way to showcase the dishes typical to that cuisine," said Kapur, speaking to News18.com. Describing the show as literally "India on a platter", he said, "There were so many different thalis that it was impossible to show them in a single season. So you get to see 30 thalis , which is what we thought we could do justice to." 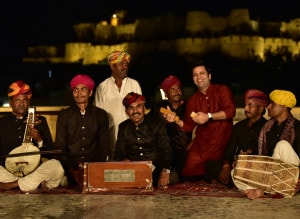 Noting that the show adheres quite faithfully to the government's 'Make in India' initiative, Kapur believes the show will give viewers a previously unseen glimpse into the different foods of the country; it certainly was eye-opening for him. From exploring marketplaces in Hyderabad to visiting kitchen gardens in Coorg to eating at the homes of local residents everywhere he went, Kapur experienced a gamut of regional Indian dining traditions, techniques and meals; he hopes to bring that same immersive journey to TV screens. 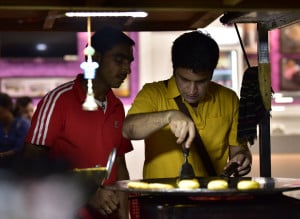 However, his next project is online: a web-series in which Kapur is completely himself, exploring his various passions, and of course, food. Stay tuned. Or should we say, log on.