The dead elephant has been cremated but the news has raised a furore in the public. Many Bollywood celebrities too condemned the incident and called for stricter laws against animal brutality.

This comes a day after a heart wrenching incident was brought to light. In a sheer case of brutal animal abuse, a pregnant elephant died after some locals in Kerala allegedly fed her a pineapple filled with fire crackers.

An act most #inhumane to will fully feed a pineapple full of fire crackers to friendly wild pregnant #Elephant is just unacceptable..strict action should be taken against the culprits sir 🙏🏽@vijayanpinarayi @CMOKerala @PrakashJavdekar @moefcc @ntca_india https://t.co/ittFQogkQV

Joining Randeep in his appeal were Anushka Sharma, Alia Bhatt, Shraddha Kapoor, Disha Patani, Shibani Dandekar among others, who posted several condemning messages regarding the incident on social media.

A pregnant elephant was fed cracker stuffed pineapple by unidentified people in Kerala which exploded in her mouth and damaged her jaw. She walked around the village and finally passed away standing in a river. We keep searching for monsters hoping they would be having the devil's horns on their heads. But look around you, the monsters walk beside you. From anybody who throws stones at a stray dog to anybody hurting a living soul, choose one face. A lot of these animals trust human beings because they have been helped by them in the past. This is cruel beyond measure. When you lack empathy and kindness, you do not deserve to be called a human being. To hurt someone is not human. Just stricter laws won't help. We need a decent execution of the law too. Until the guilty are punished in the worst possible way, these wicked monsters will never fear the law. Though it's a difficult task, I hope they are able to find out the one who committed this crime and punish them accordingly. Artwork by Bratuti. Post reposted from @tedthestoner 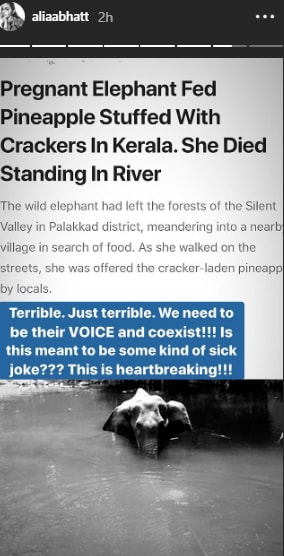 The incident was shared on social media by Mohanan Krishnan, the section forest officer in Nilambur and also Rapid Response Team, in charge of rescuing the 15-year-old pregnant elephant.

Describing the plight of the elephant, Mohanan wrote, “When the pineapple or some fruit she ate exploded like a firecracker in her mouth, she may not have trembled thinking of her own life, but about the new life she was about to give birth in some months."

As per the report, the jumbo originally belonged to the Silent Valley National Park (SVNP) in Palakkad and would have possibly reached the bordering area in Malappuram in search of food. 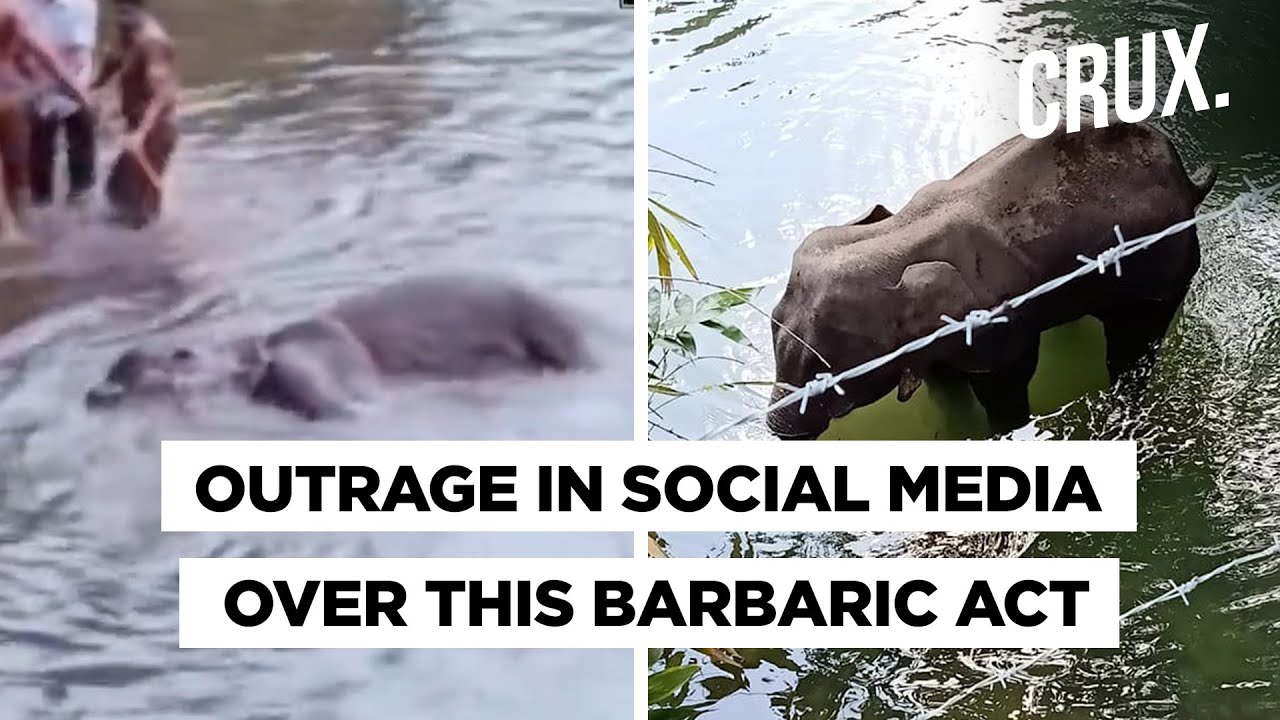 Due to the consumption of the firecracker-filled fruit the pregnant elephant’s upper and lower jaws and tongue were mangled. She passed away on May 27 with her mouth and trunk immersed in Velliyar river in Malappuram. According to the post mortem report, the immediate cause of death was presence of water in lungs which would have led to suffocation.

After the post morterm, she was brought back to the forest in a lorry and was cremated there.