Durga Puja 2022: The Best-known Pandals in Kolkata to Explore This Year

Kolkata, which is famed for its festival zeal, is in full gear with preparations for the upcoming Durga Puja 2022. Let's look at the city's most popular pandals for you to visit this year.

Durga Puja pandals in Kolkata have fresh themes every year that are each distinctive and creative each in their own way. The Durga puja in Kolkata is well-known worldwide, and in 2021 it was added to UNESCO’s representative list of the world’s intangible cultural heritage.

You can discover the precise justification for Kolkata’s moniker, the City of Joy, if you travel there to witness the Durga Puja celebration. Even though Durga Puja is grandly observed all over the world, Kolkata, celebrates it with the most zeal.

Here are some renowned Durga Puja pandals in Kolkata that you must visit as Durga Puja:

1. Sreebhumi Durga Puja Pandal: The worship pandal for Durga Puja will have the subject “Vatican City," according to the Sreebhumi Sporting Club, which is renowned for its creative themes each year. The Sri Bhoomi Sporting Club in Bidhannar, Kolkata, is also commemorating its Golden Jubilee this year. 2. Singhi Park: The South Kolkata Durga Puja Singhi Park Sarbojanin Durga Puja Committee has chosen to honor Narayan Debnath and the enduring personalities he created in its 81st year. Cartoon strips that Debnath drew will be used to embellish the entire pandal. 3. Chaltabagan: The history of Manicktalla Chaltabagan Lohapatty Durgapuja dates back to 1943 when a young, tenacious boy (our founding president, Shri Lakhi Chand Jaiswal, now 87 years old) dreamed of celebrating Durga Puja in the neighborhood (Raja Ram Mohan Roy Sarani) despite the restrictions put in place by the British Raj for the people of North Kolkata.

On the auspicious day of #Mahalaya, Maa Durga has arrived in Chaltabagan Puja Pandel. May the divine blessing of Maa Durga always be with you and your family. #SubhoSharodiya pic.twitter.com/nnCDwjDfwK— ChaltabaganPuja (@chaltabagan) September 25, 2022

Puja continues to bring delight year after year, not just during the Sharodutsav but all throughout the year in the form of health camps and various humanitarian offerings to the poor. The Golden Jubilee year of 1992 saw a lot of events.

4. Jodhpur Park: Jodhpur Park is home to one of South Kolkata’s largest Durga Puja pandals. They generate a variety of topics. You can witness creativity at its best at this pandal. 5. Baghbazar Sarbojanin: Baghbazar Sarbojanin’s historical background For almost a century, the Durga Puja pandal has been an integral part of the development and history of Bengali culture. During this lengthy and rich period of time, it has witnessed all the historical transformations and pivotal moments. The largest crowds gather at Kolkata’s Bagbazar on the occasion of Durga Puja. And this club is commemorating Azadi Ka Amrit Mahotsav this year. This year, it will be decorated in tricolor colours. 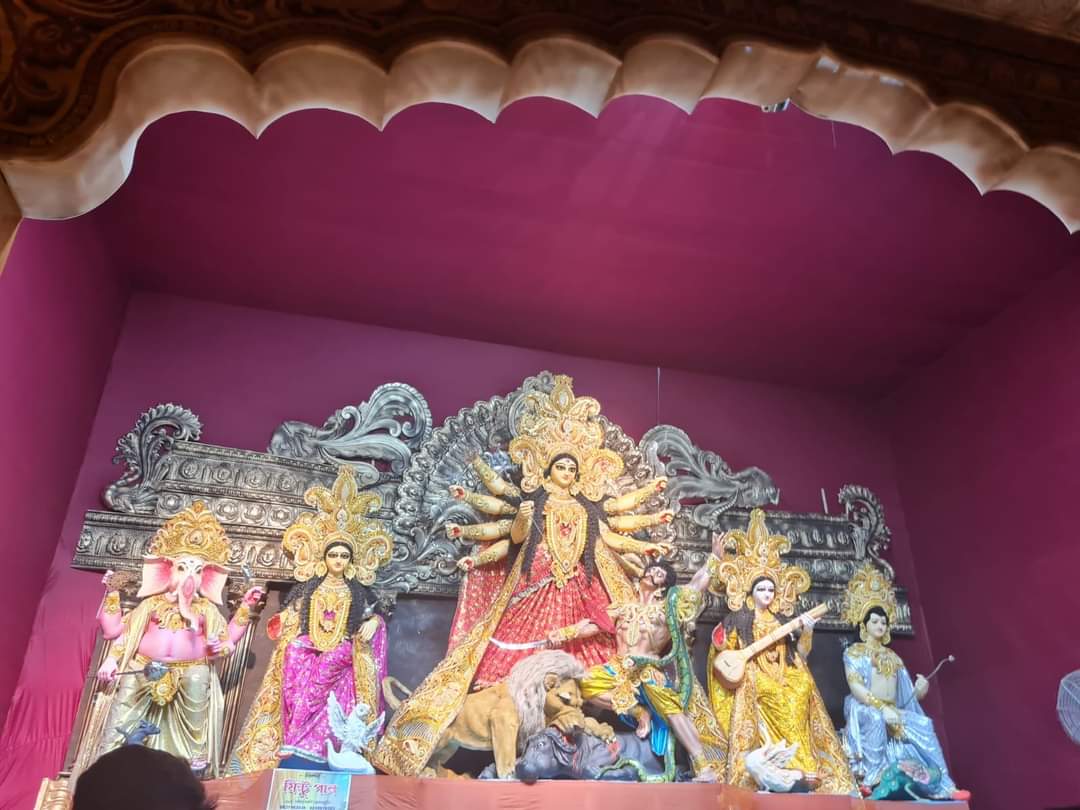 8. Pally Mangal Samity, Taltala Ground: Taltala Ground’s Durga puja pandal and idol are unique. People travel from all over the city to this park during Durga Puja to witness the Durga idol. 10. Badamtala Ashar Sangha: This organization is renowned for the original themes that it develops each year. In 2010, the pandal even took home the award for artistic brilliance. It is one among the pandals in Kolkata that receives the most visits each year. 11. Suruchi Sangha: The outside artistic décor at Suruchi Sangha is the main draw. The pandal was recognized as the best-decorated pandal in 2003 and received a prize. Their annual theme is based on a different Indian state. Also Read: Navratri 2022: Looking Great Is Intimately Tied to Mental Health And Here’s How Decking Up for Festivities May Help