5 Ladakhi Food Items That Will Make You Go 'Yum'

The Ladakhi cuisine has some hidden gems, which need your attention right now.

Leh and Ladakh feature on the travel bucket list of people around the globe. With its snow-capped peaks and sprawling landscape, Ladakh has been an object of awe for years infinite. The local customs, traditions and rituals of Leh and Ladakh are greatly influenced from the Tibetian culture, making it distinct from the rest of the nation. Another major entity that makes Ladakh different from the rest is the local cuisine. The Ladakhi cuisine has some hidden gems, which need your attention right now. Some of them being:

Thukpa: This lip-smacking delicacy mainly contains pieces of flour or noodles, in a soup which mostly contains vegetables, but may sometime also have pieces of chicken added to it. This piping hot soup is eaten by our Ladakhi folks mainly to cut out the extremely cold temperatures experienced in Leh and Ladakh. 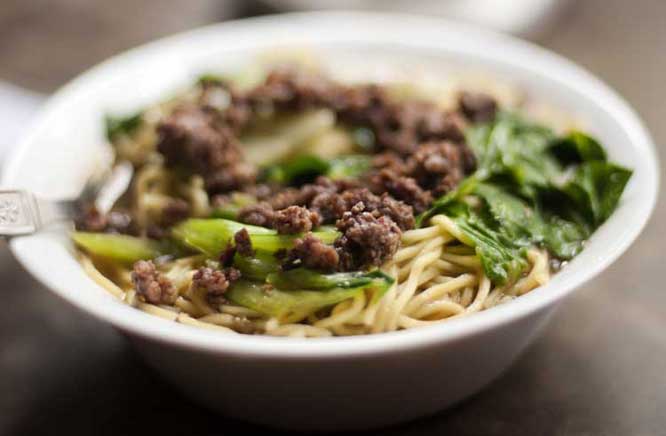 Chang: This indigenous brew of Ladakh, is prepared by fermenting miller with yeast in a cylindrical porcelain pot. The preparation is topped with warm water, till the miller looses its strength. The liquid thus obtained is called Chang.

Butter Tea: This signature tea of Ladakh is mainly prepared by adding and stirring butter and salt to boiling milk. Skyu: A traditional dish of Ladakh, this food preparation is made of kneaded thumb sized wheat flour dough. Cooked mainly with water, it is served with meat or vegetables.