Navratri can mean feasting or fasting, depending on which part of the country you belong to. We give you a round up of some of the best Navratri meals in the city, so you can feast as you fast.

Like with so many other aspects of life in India, Navratri can be quite a puzzler. We mean, of course, the autumnal Navratri taking place currently, and see what we mean? The nine day festival is not only celebrated in many and very different ways around the country, but it also takes place four times a year. This one, the autumnal one, is the main event and the most closely observed.

But observed how? While the North of India views it as a time to abstain from hedonistic living, in other parts of the country it is a celebration of just that. If homes in Kanpur abstain from meats and certain grains and vegetables, homes in Kolkata are busy stocking their meat lockers. For some it's puja, for other pujo, and some worsip Ram, while others Durga. Kuttu ka atta may be en vogue for nine days, while onions and garlic are relegated to the back of the larder during the same period. And sabudana is everywhere.

Restaurants aren’t to be left behind and during the festival offer thalis laden with festive dishes, prepared in a manner that would please the strictest pandit. And it’s not just the Indian restaurants, eateries that serve anything from Japanese to European also get into the act. As long as the ingredients are correct, what matter how they’re put together, after all. And so we put together a collective of nine very different meals that you can partake of over the nine-days of the festival. They range from the traditional to the unusual, from being laden with meats to not a hint of them; they’re all delicious. Delhi, how you spoil us! Part of the Navratri Thali (Image courtesy: Too Indian) 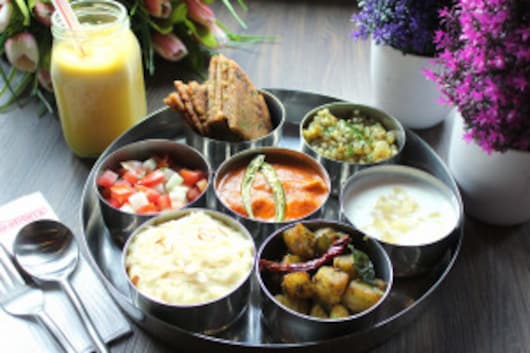 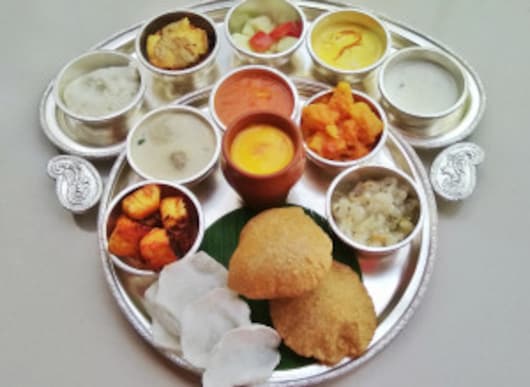 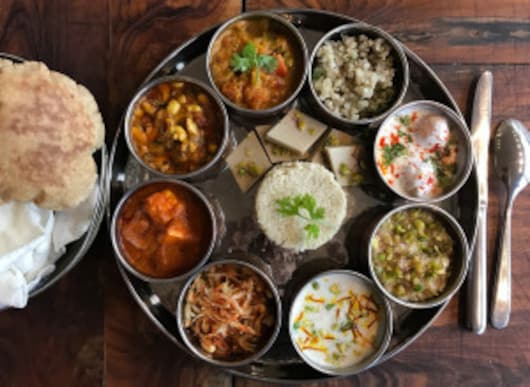 Imly (Traditional with a twist) Monkey Bar (Traditional with a twist)