Some of Europe's Theme Bars And Restaurants to Try in 2017

What's new in the world of food for 2017? Here's a look at some of Europe's latest theme bars and restaurants.

What's new in the world of food for 2017? Here's a look at some of Europe's latest theme bars and restaurants.

The Kaspia group, which renovated chic Parisian haunts Caviar Kaspia and La Maison de la Truffe, starts 2017 on a saltier note with a restaurant entirely dedicated to king crab. Located in the French capital's Place de la Madeleine, the eatery celebrates the flavors of this king-sized crustacean, which can measure up to two meters across. Rather than the Norwegian species, it is the red king crab (also known as the Kamchatka king crab), fished off the coast of Alaska, that inspires the menu. Echoing the current trend for lobster hot dogs -- now also embracing octopus -- the giant sea creature will be served in a burger bun, wrapped in a spring roll or accompanied by noodles. Crab fans with more classic tastes can enjoy the legs grilled, caramelized or served in a gratin 19, Place de la Madeleine, 75008 Paris, France. 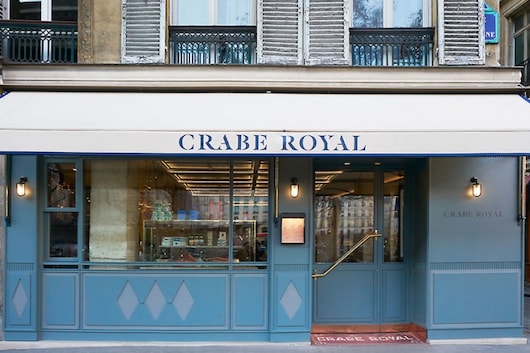 Sausages such as France's tripe-based andouillette and other specialties are back in vogue in the French capital. A new restaurant, opened at the beginning of January, hopes to bring a chic upmarket vibe to meaty treats in a menu where sausages take center stage. Saucette has sourced quality fare directly from regional producers to serve up a selection of "proper" sausages, with evocative names such as the "Louboudin," a black pudding ("boudin noir") sausage from Mortagne au Perche, and "Socis Reding," a marinated beef and sesame seed concoction. Seasonal dishes can be enjoyed at the restaurant or to take away. 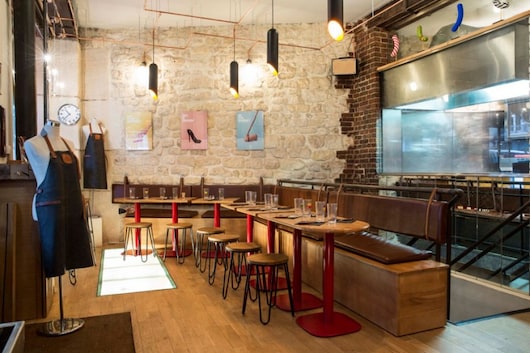 Saucette is revamping the image of the sausage in a new Paris eatery. (Photo courtesy: AFP Relaxnews)

In Scotland, the latest tribute to the hit TV series "Game of Thrones" takes the form of a bar where customers can sample wines, of course, or cocktails with evocative names such as "Myrish Fire Wine." Everything here is reminiscent of Westeros, the world in which the historical fantasy series is set. The bar has the look of a tavern, adorned with shields, swords and the skins of various beasts. Fans may be disappointed to hear that this is only a temporary pop-up, open every Wednesday and Thursday in January and February. The team behind the project previously opened a "Breaking Bad" pop-up and could strike again with "Harry Potter" or "The Walking Dead" theme bars. Peanut butter brand Pip&Nut has opened an eatery dedicated to its star spread in a famous London department store. The pop-up, located in the Selfridges Foodhall, serves grilled toast-based concoctions featuring nut spreads. Open daily from 7:30am to 12:30pm until February 12, the bar serves recipes featured in the brand's recent cookbook, such as toast with grated apple, peanut butter and maple syrup.

Whether fried, in a burger or smashed, avocado will be served in all kinds of creative ways at this eagerly awaited bar, set to open in Amsterdam this February. Guacamole will obviously be on the menu, and the superfood will also be whizzed up into smoothies. Fans of the fruit can enjoy avocado-based delights from dawn to dusk, as the bar will be open for breakfast, lunch and dinner until midnight.