Golden Globes 2019: Here are the Best Dressed Celebrities at the Red Carpet

This year, we saw the celebrities flashing ribbons and bracelets designed by Arianne Phillips which read TIMESUPx2 demonstrating solidarity in the second year of the initiative at the Golden Globe Awards 2019.

While we couldn't wait to see the winners of the 2019 Golden Globe Awards, we were equally excited to unveil celebrities showing off a range of glitzy gowns, sharp suits and everything in between.

Previously, the Golden Globes 2018 was painted with black in honor of Time's Up with celebrities wearing all-black outfits to show their solidarity towards victims of sexual harassment and a call for gender parity across industries .

This year, we saw the celebrities flashing ribbons and bracelets designed by Arianne Phillips which read TIMESUPx2 demonstrating solidarity in the second year of the initiative.

Along with the bracelets and ribbons, the celebrities brought back the kaleidoscope of Colorful outfits unlike last year which saw a sea of black attires.

From Nicole Kidman in a raspberry gown by Michael Kors to Emma Stone in a long sleeve Louis Vuitton gown; From Halle Berry's red couture gown by Zuhair Murad to Taylor Swift's thigh-high slit Versace Gown, the Golden Globes 2019 oozed glamour to the fullest. Scroll down for a glimpse of the sparkly, glamorous and sharp outfits through out the night. In an unconventional red carpet look, Julia Roberts was seen in an one-shoulder Stella McCartney Jumpsuit paired with Alenxandre Birman shoes and accessorised with Chopard jewels. Matching her hair with the blue Valentino Couture gown, Lady Gaga decided to go old school with her gown and Giuseppe Zanotti shoes. 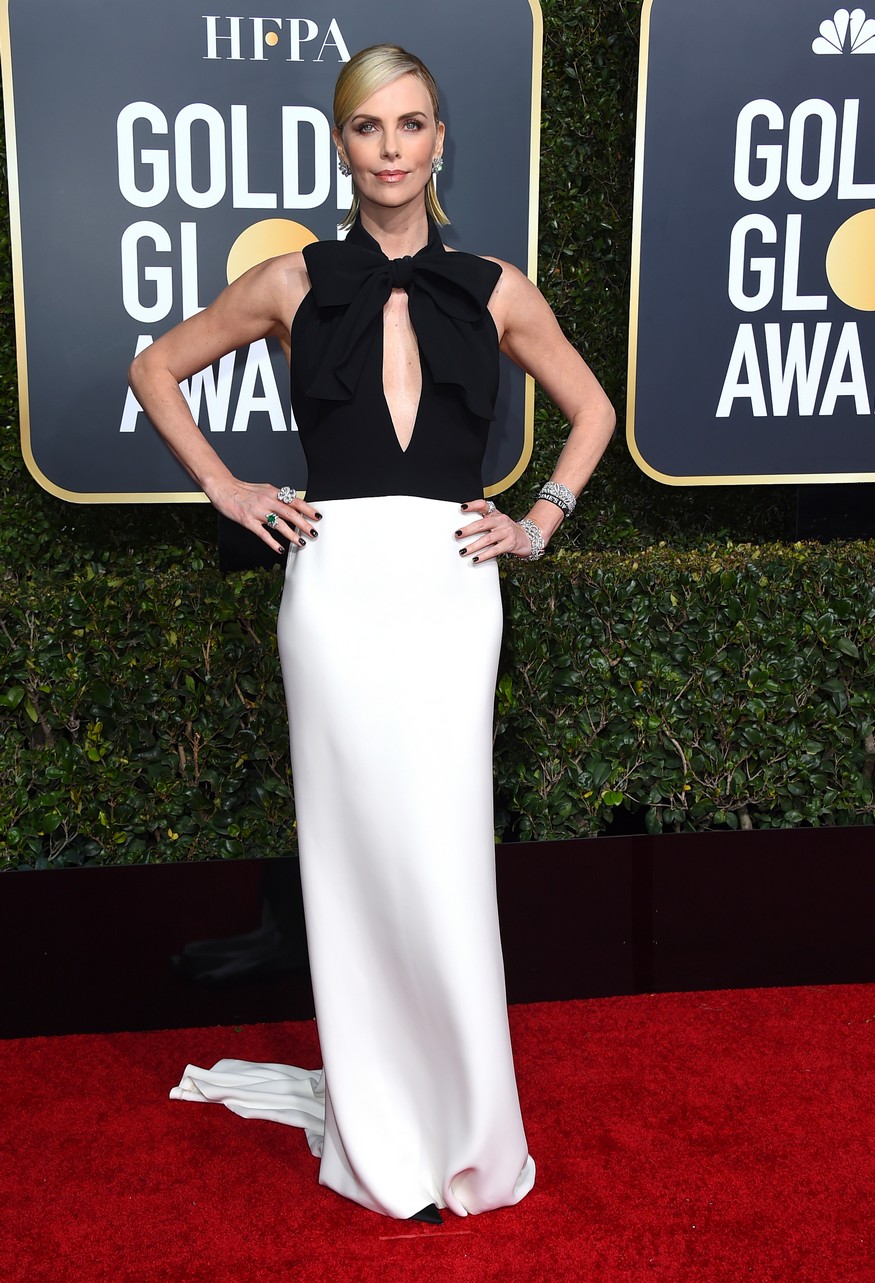