Kriti Sanon has turned 30 on July 27. Let's take a look at her five times she rocked ethnic wear.

Actress Kriti Sanon rings in her birthday on July 27. The 30-year-old has established herself as one of the leading actresses in Bollywood today. However, her debut to cinema was made with Telugu psychological thriller 1: Nenokkadine. She then switched to Bollywood with action comedy Heropanti.

Kriti has done several Bollywood flicks in the last five years, including Dilwale, Bareilly Ki Barfi, Luka Chuppi and Housefull 4. The actress has also been praised for her dressing sense. Be it western wear or ethnic clothes, Kriti knows how to steal the show just in the right time. 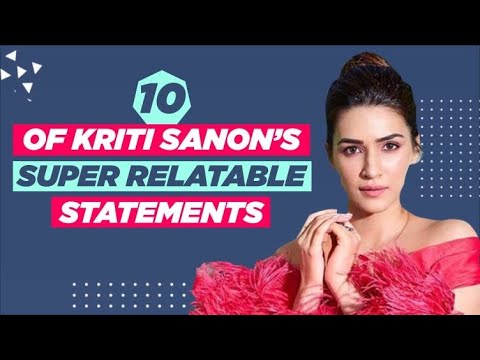 On her birthday, here is a look at some of her best looks in traditional wear:

This off-white lehenga with intricate golden linings suit Kriti as perfectly as it should. She combined the look with a tight bun, decorated with white roses. For jewelry, Kriti weighed on golden accessories.

For this look, Kriti chose to pair a long top over a lehenga, all in the shade of red. The frilled top and the skirt come with similar golden designs, which Kriti wore along golden and red earrings.

Kriti opted to wear a sari during her promotions for the movie Panipat. The pink coloured silk saree comes along golden flowers printed in between, with a touch of green on the borders.

Carrying a single colour is not an easy task for a lot of people and Kriti is surely an exception. In this bohemian look, the actress chose to fair a white top with frilled white palazzos, along with a long jacket. She completed the look by throwing a piece of silver jewelry to it.

One never needs to go loud in order to look royal and poised, and Kriti is an example to it. In this one, she wore a simple black Anarkali suit, which comes with flower print. She threw some silver accessories and a nicely done bun to ace the look.

Happy 30th birthday Kriti. The actress will next be seen in Mimi.
Tags: