As actress Priyanka Chopra rings in her 35th birthday, we take a look at some of her bold and beautiful red carpet looks.

Bold and beautiful are few of the many words that best describe international sensation Priyanka Chopra's sartorial selections. The actress, who turns 35 today, has time and again wowed the onlookers and impressed the fashion connoisseurs with her ever-evolving fashion sense.

Be it her airport style, vacation outfits, onscreen attires, offscreen ensembles or red carpet garments, Chopra has always managed to set trends with whatever she dons. Jumpsuits, maxis, pantsuit, dresses, gowns, sarees etc, Chopra can pull off any attire with utmost grace and confidence.

Of the many looks that the 35-year-old actress sports, her red carpet appearances have made the most headlines. The Baywatch star has almost always nailed the red carpet look and set high standards when it comes to dressing for red carpet events.

We take a look at the times when Chopra managed to make headlines for her bold and beautiful avatar on the red carpet.

Global icon Priyanka Chopra attended the coveted CFDA Fashion awards held in New York in June. Styled by celebrity stylist Cristina Ehrlich, the actress stunned the onlookers as she sashayed down the red carpet in a black, well-fitted, shimmery Michael Kors outfit which featured a plunging neckline. The actress teamed the attire with high heels and a sexy black belt. The international star had her hair tied in a neat bun with side parting with a dash of bold red on her lips.

Chopra made headlines for sporting a custom-made Ralph Lauren trench-coat outfit which featured a long train for her debut appearance at the prestigious 2017 Met Gala event. The actress slayed it with her usual oomph and confidence at the event. The actress's edgy look which featured a messy top knot, silver-sculpted earrings, black boots and a popped collar, managed to turn heads at the event that took place at Metropolitan Museum of Art in New York on May 1. 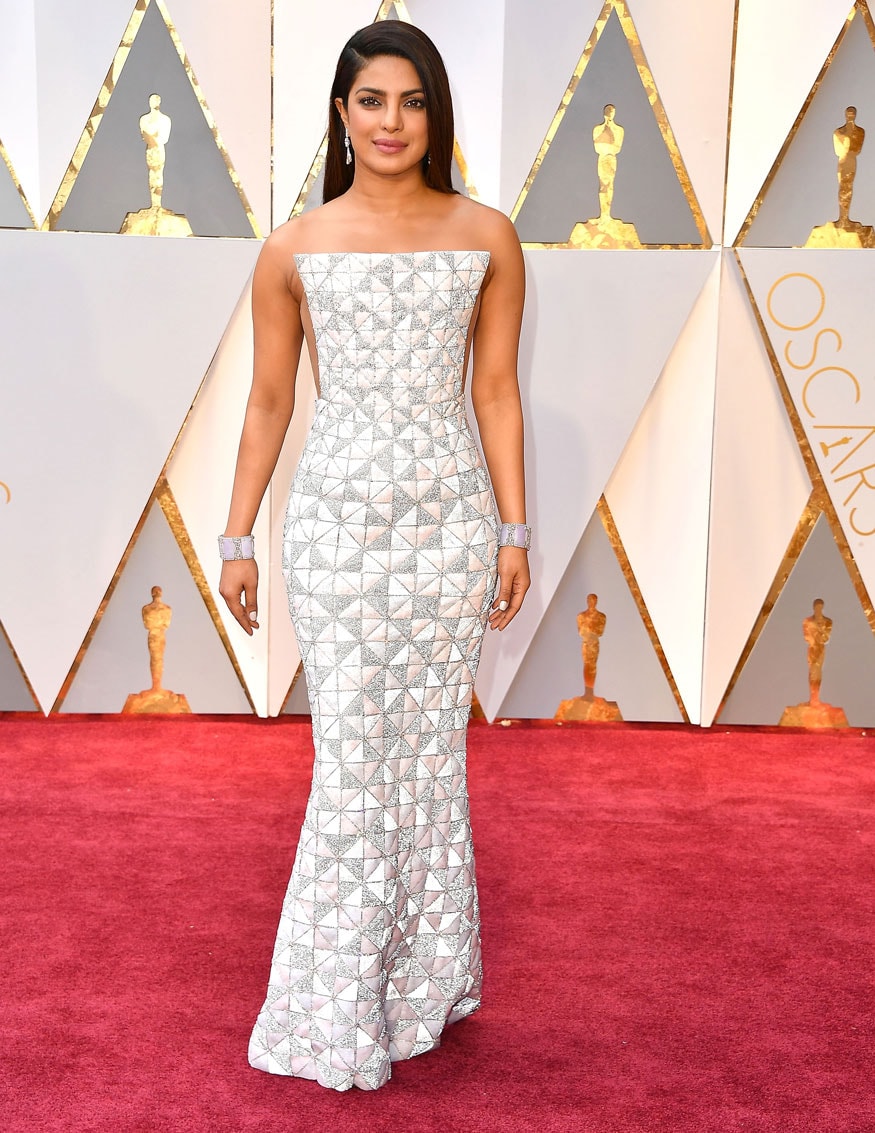 The Bajirao Mastani actress has time and again proved that she is not just a global star but a global fashion icon too. After conquering the East with her fabulous acting skills and style sense, Chopra, who ventured to the West with ABC's TV series Quantico, won a millions hearts abroad too.

The actress, who walked the Oscars red carpet for the second time in February 2017, slayed in a beautiful white Ralph & Russo tulle strapless gown. The outfit which featured a structured and square deep-split corset accentuated the actress's curves to perfection. The star not only lived up to the fashion police's expectations with the fabulous white number, she looked absolutely graceful on the Oscars red carpet. 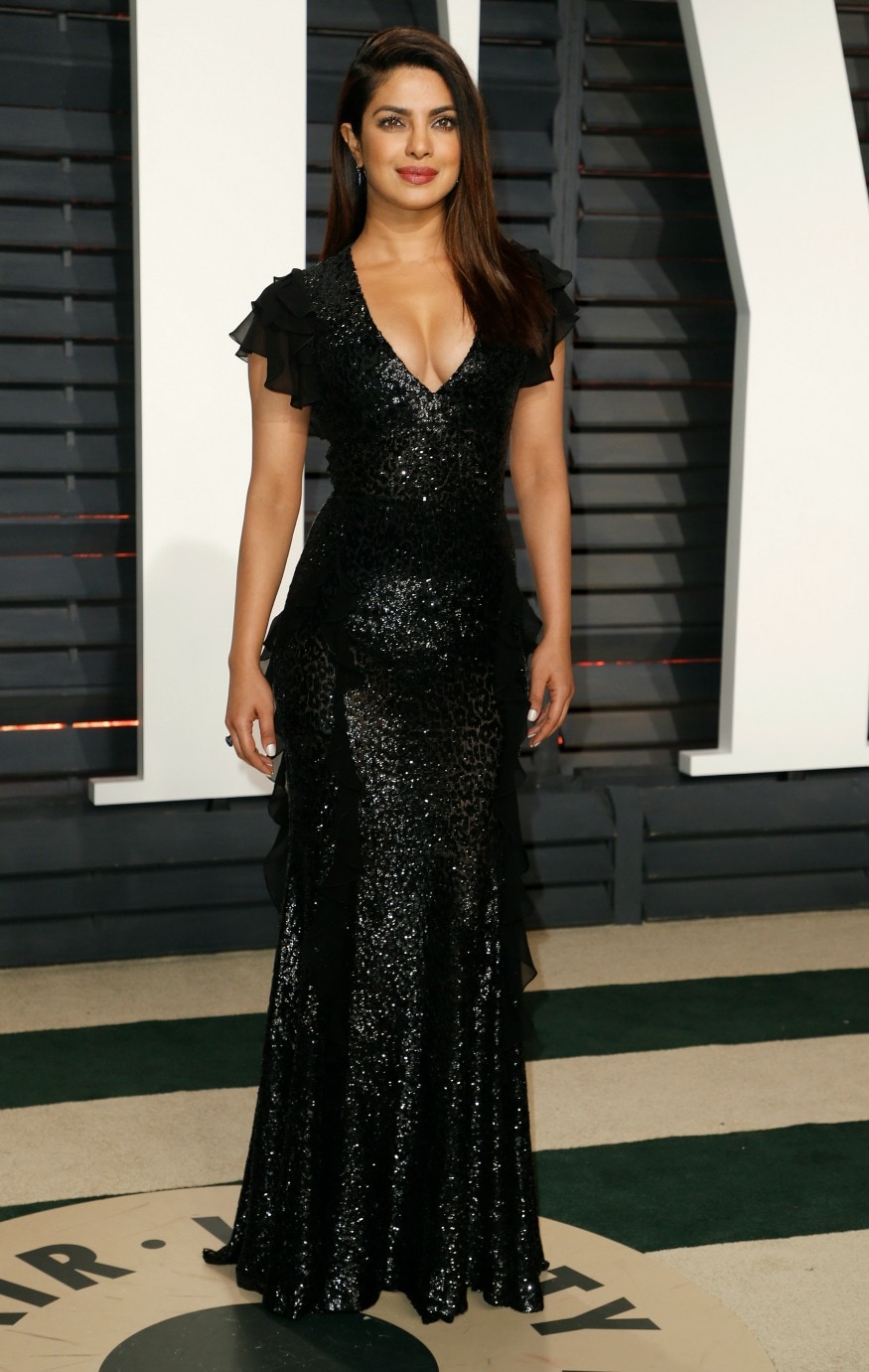 After nailing her Oscars red carpet look, Chopra made another stunning appearance at the Vanity Fair Oscars after-party where the gorgeous diva was snapped in a body-hugging shimmery black number which featured a plunging neckline by Michael Kors. The B-town beauty stunned everyone in her maiden appearance at the Golden Globe Awards. Dressed in a sequined, body-fitting Ralph Lauren gown, the actress, who was one of the awards presenters and represented the cast of her debut film Baywatch, graced the red carpet with her usual charm and panache.