Happy Birthday Sonakshi Sinha: 5 Times the Actress Bowled us Over with Her Style

Bollywood actress Sonakshi Sinha has turned a year older on Tuesday. On the occasion, here's looking at her best pics on social media.

Sonakshi Sinha celebrates her 32nd birthday on June 2. Born to renowned actor parents, Shatrughan Sinha and Poonam Sinha, Sonakshi studied fashion designing and was a costume designer in her early years. The actress came to movies in 2010 with Salman Khan’s cop drama, Dabangg.

Sonakshi bagged several awards for her debut including International Indian Film Academy Awards (IFFA). She has played the female lead in some of the biggest blockbusters in a career of almost a decade. Rowdy Rathore (2013), Son of Sardar (2013) and Holiday: A Soldier Is Never Off Duty (2014), to name a few. She has reprised her character, Rajjo in sequels of the Dabangg franchise – Dabangg 2 (2012) and Dabangg 3 (2019). Sonakshi’s performance in the 2014 film, Lootera based on Henry O’s short story, The Last Leaf earned her immense praise and several nominations. 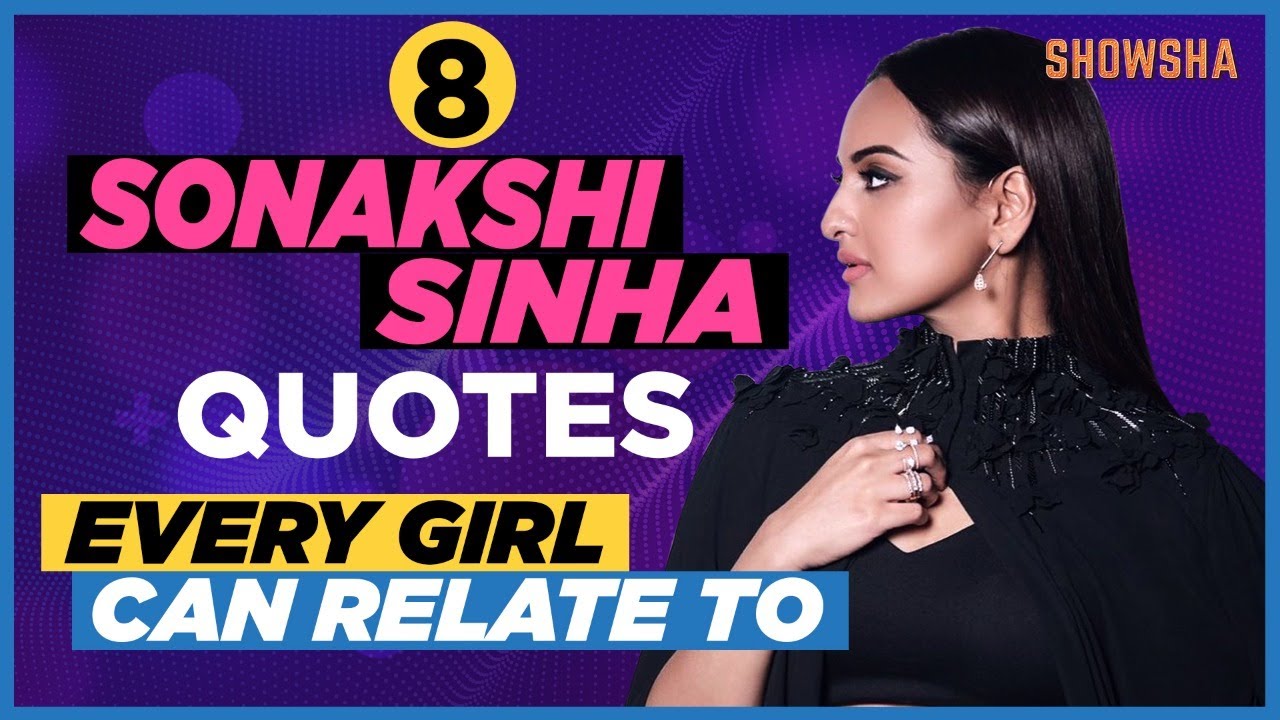 She will next be seen in the upcoming war action film, Bhuj: The Pride of India alongside Ajay Devgn and Sanjay Dutt.

On Sonakshi’s birthday, here’s looking at 5 looks she aced:

Sonakshi takes the style game a few notches higher with this one. Her all-white look including large flared up pants and a cropped shrug over a lace bralette is a win-win. Her cat-eye glasses and that rock-girl pose seal the deal.

Dressed up to get messed up (white hai na 😂) Styled by @mohitrai (tap for deets) hair by @themadhurinakhale, makeup by @heemadattani 🖤 #khandaanishafakhana on August 2nd!

While Sonakshi is known for her saree looks, this contemporary six-yard in check print was a complete stunner. The look is super chic and the perfect cuts of this drape are adding superlative charm to this frame.

Namaskara Bengaluru! #dabangg3 promotions styled by @mohitrai @miloni_s91 (tap for deets) but special mention for my friends @rheakapoor and @masabagupta who together created this saree that i LOVE! Hair by @themadhurinakhale, makeup @savleenmanchanda 💙

Orange is the new black

Sonakshi knows how to pull off any look whether Indian or Western. She absolutely nails this pantsuit in beautiful orange shade. We love how the feminine sleeves and her soft tresses look are breaking the edginess in this frame.

#Rajjo returns!! For the most awaited trailer launch of #Dabangg3... styled by @mohitrai @miloni_s91 (tap for deets), hair by @themadhurinakhale, makeup by @heemadattani and photos by @kamalesh_sathyian ❤️

This dreamy ensemble in pure sheer white is a show-stealer. The lovely veil snapped neatly at the collar flows to give it a ladylike vibe. Hands down to the minimal accessories and fringes in the saree.

Sonakshi rules this frame with that curvy body and perfect silhouette of this get-up. What’s not to love about a look where the outfit hugs the curves at the right places to only add to the beauty of it?