Taimur Ali Khan, son of Bollywood actors Saif Ali Khan and Kareena Kapoor Khan is celebrating his third birthday on Friday, December 20. The celebrations began early for Taimur with parents Saif and Kareena hosting a pre-birthday bash for their son. Taimur's birthday bash was Christmas themed. Taimur's aunt Karisma Kapoor took to her Instagram story to share pictures from the bash. Karisma also shared a picture of Taimur's birthday cake that was also Christmas themed and it had "Happy 3rd Birthday Taimur" written on it. 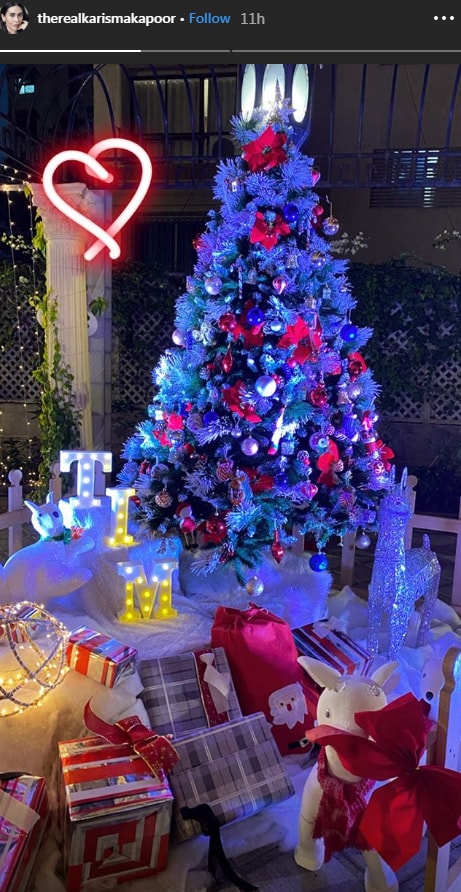 Karisma also shared a picture where all the gifts were placed under the X-Mas tree.

Apart from family members, celebrities from the film fraternity including Karan Johar, Riteish Deshmukh, Genelia D'Souza among others were present at Taimur's birthday party.

Saif Ali Khan and Kareen Kapoor got married in 2012 and the couple welcomed Taimur on December 20, 2016.

Taimur is one of the famous celebrity kids and he is often being chased by paps wherever he goes.

Meanwhile, Kareena Kapoor Khan will next be seen opposite Akshay Kumar in Good Newwz. The film that also stars Diljit Dosanjh and Kiara Advani will release next Friday, December 27.