A galaxy of stars including Janhvi Kapoor, Khushi Kapoor, Ishaan Khattar, Sara Ali Khan, Mouni Roy, and Lara Dutta, among others descended to extend their support to noted fashion designer Manish Malhotra as he showcased his bridal couture collection 2018 in Mumbai on Wednesday.

While A-listers Salman Khan and Katrina Kaif were the showstoppers for Manish, other celebrities upped the style quotient as they turned up in chic attire for the event.

Janhvi Kapoor looked stunning in a Manish Malhotra ensemble -- a velvet skirt style lehenga with intricate floral embroidery and embellishments around the waist teamed with a sheer top featuring beautiful ornate work positioned, so as to shield her assets. The Dhadak star accessorised her outfit with statement earrings and left her tresses open in waves to round off her look. Janhvi Kapoor poses for photographers on her arrival at Manish Malhotra's couture show in Mumbai on August 1, 2018. (Image: Viral Bhayani) Janhvi Kapoor poses for photographers on her arrival at Manish Malhotra's couture show in Mumbai on August 1, 2018. (Image: Viral Bhayani)

Sara Ali Khan looked ravishing in a grey-hued number — a corset style blouse featuring a risqué sheer plunging neckline and lehenga-skirt with elaborate gold work. Sara opted to keep her look simple by applying minimal makeup and leaving her tresses open in a neat center-part style. Sara will make her on-screen debut alongside Sushant Singh Rajput in the Abhishek Kapoor-directed Kedarnath, which is slated for release on November 30. 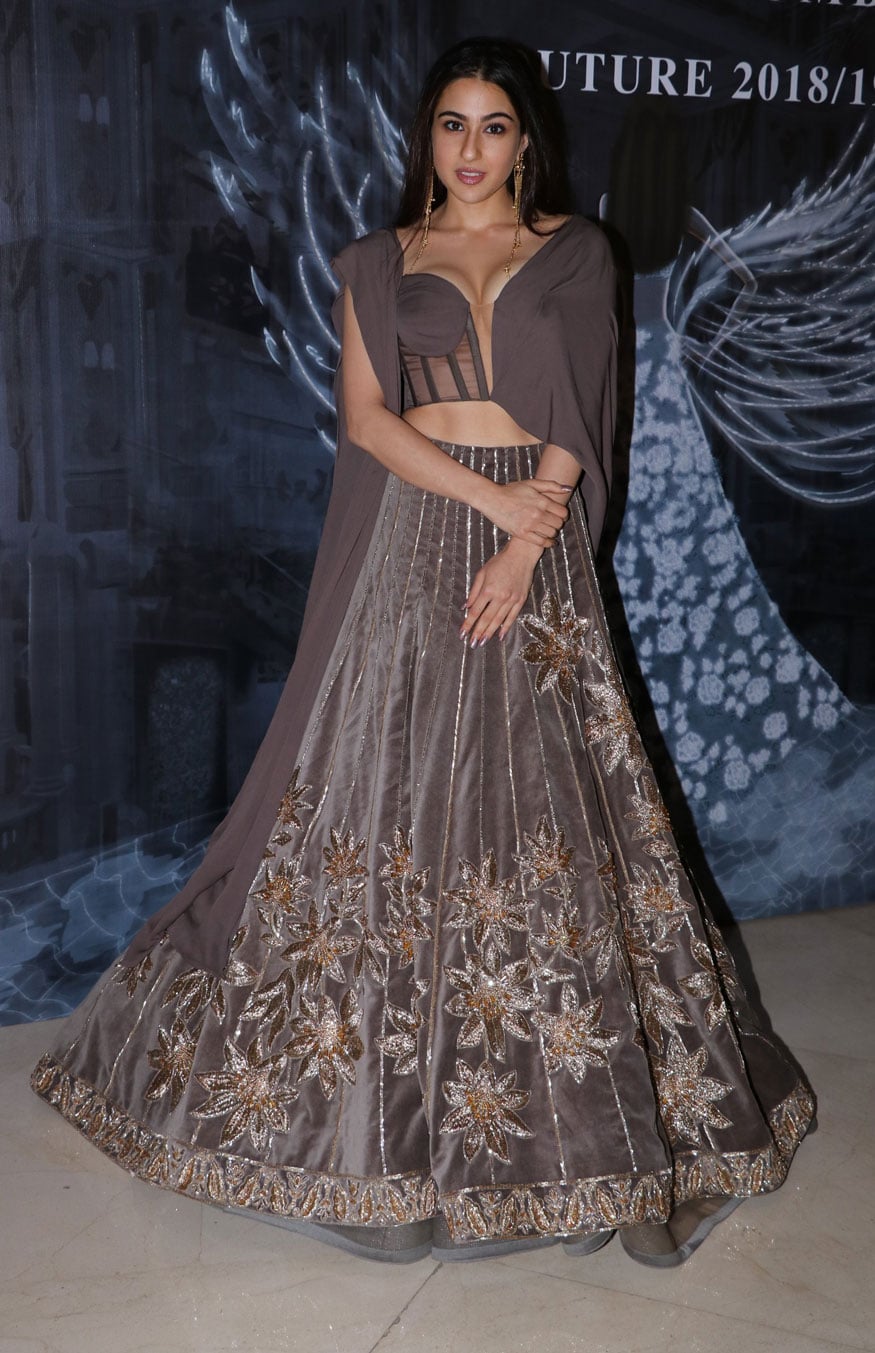 Khushi Kapoor also mesmerised in yet another stunning Manish Malhotra creation. Dressed in a grey-blue corset-style bodysuit teamed with a sheer gown featuring elaborate gold work, along with a matching thin belt cinched at the waist and a solid grey trail, Khushi looked nothing less than a diva. Khushi Kapoor poses for the cameras on her arrival at Manish Malhotra's couture show in Mumbai. (Image: Viral Bhayani) 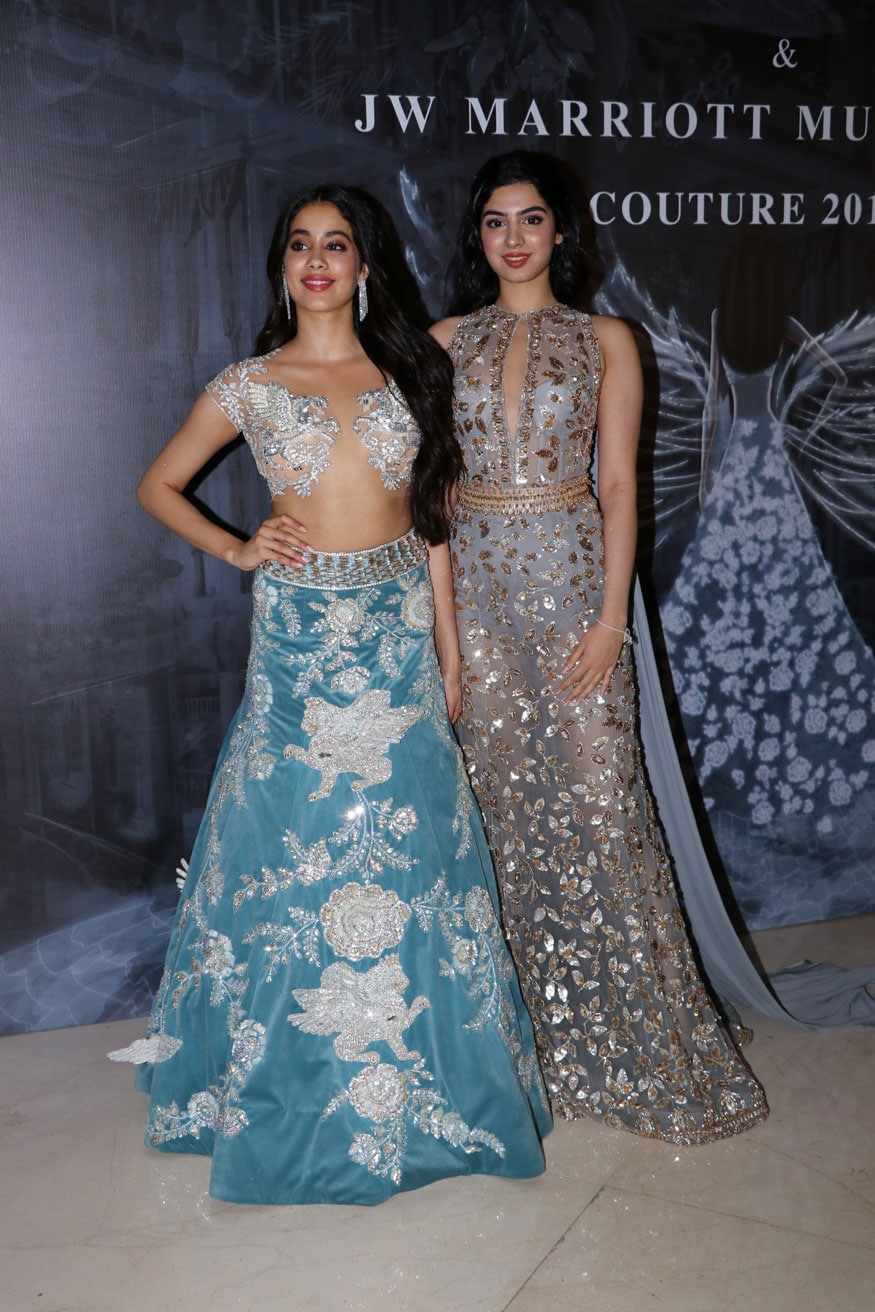