In the videos, Kriti Sanon is seen teaching her mother how to do dance, especially a "hip hop" step on Kangana Ranaut's song London Thumakda from 'Queen.'

Singer-actress Nupur Sanon on Wednesday shared a glimpse of her sister Kriti Sanon dance sessions at home with their mother.

In the videos, Kriti is seen teaching her mother how to do dance, especially a "hip hop" step on Kangana Ranaut's song London Thumakda from Queen.

"That's how Punjabis hip hop... isn't she the cutest," Nupur captioned the videos she shared on her Instagram stories. 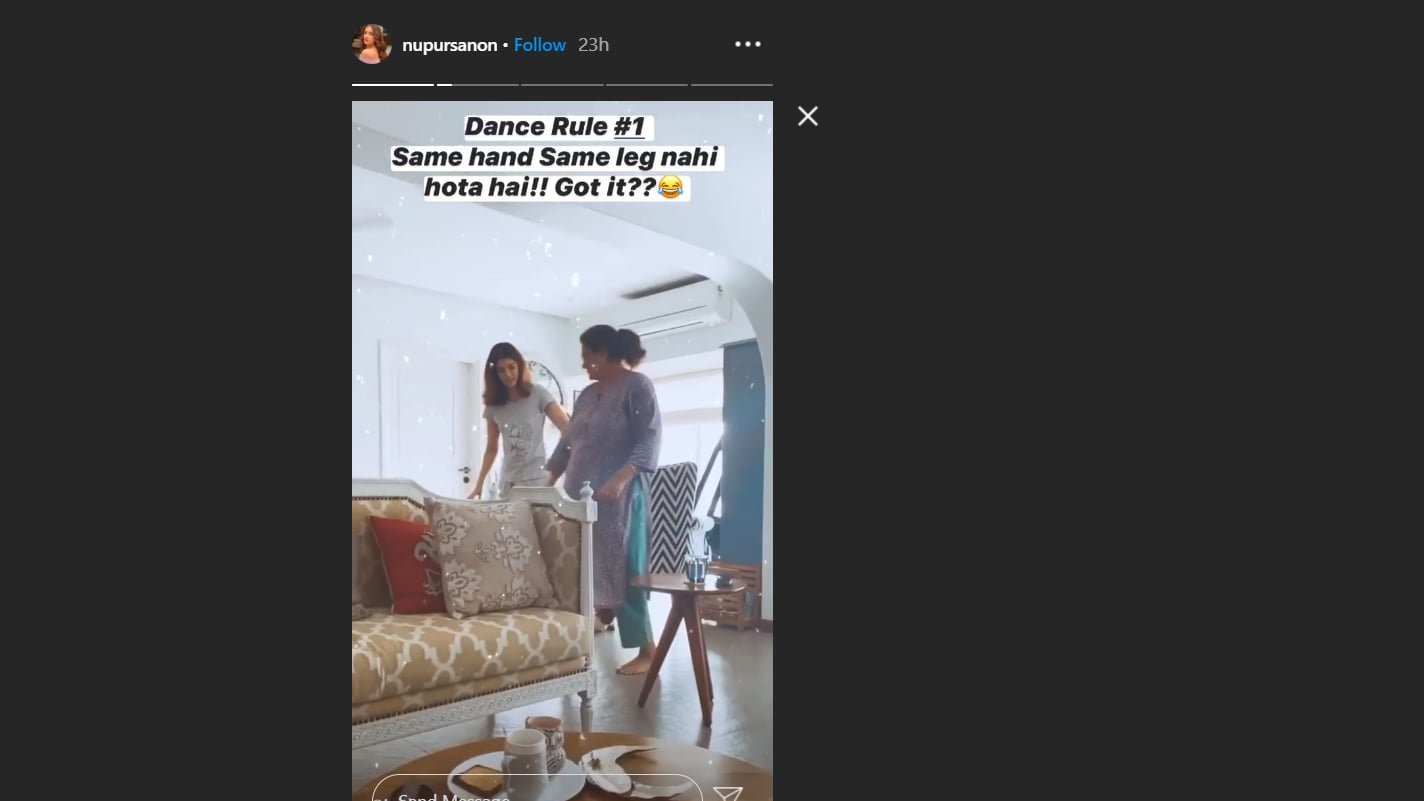 Kriti and Nupur have found a lot of time to bond during the lockdown. From cooking to baking and cleaning, the Sanon sisters have been seen doing a lot of chores together.

Nupur even turned barber for Kriti and gave her a hair trim. Kriti shared images of Nupur with scissors and water-sprayer in her hand. Nupur seemed excited to give a haircut to Kriti as much as the latter was happy to receive one from her younger sister.

On the work front, Kriti will be next seen in Mimi, a film directed by Laxman Utekar. The movie is a remake of the National award-winning Marathi film Mala Aai Vhhaychay. The actress also has Bachchan Panday opposite Akshay Kumar in her kitty.

Nupur, who shot to fame with music video Filhall, had announced that a second version of her hit track with Bollywood star Akshay Kumar will be released. However, the plans on the new project are stalled due to the coronavirus. Meanwhile, she had released her cover version of Filhall on YouTube earlier which invited a lot of love for the aspiring Bollywood actress.