Meghan Markle looked gorgeous in all three of her outfits, exuding royalty and sophistication. Take a look.

Ever since the wedding of former American actress Meghan Markle with Britain's Prince Harry earlier this year, all eyes have been on the Duchess of Sussex's royal style and fashion choices. From her engagement outfit, wedding gown to each of her public appearances, fashion connoisseurs and also her fans and followers have approved and disapproved several of her sartorial selections, expecting the Duchess to up her fashion game with every appearance.

And while people from across the globe and netizens waited for some new photos of the Duchess to surface on the Internet, Meghan did put her best fashion foot forward on Tuesday when she sported three different colours, three hairdos and opted for three royally stylish dresses in a span of less than 24 hours.

For her first look, Meghan channeled her inner Audrey Hepburn as she stepped out in a custom dark navy Dior dress featuring with a boatneck neckline teamed with a Stephen Jones fascinator at a celebration to mark the 100th anniversary of Britain’s Royal Air Force. The Duchess completed her look with minimum makeup and hair styled in her signature chignon. 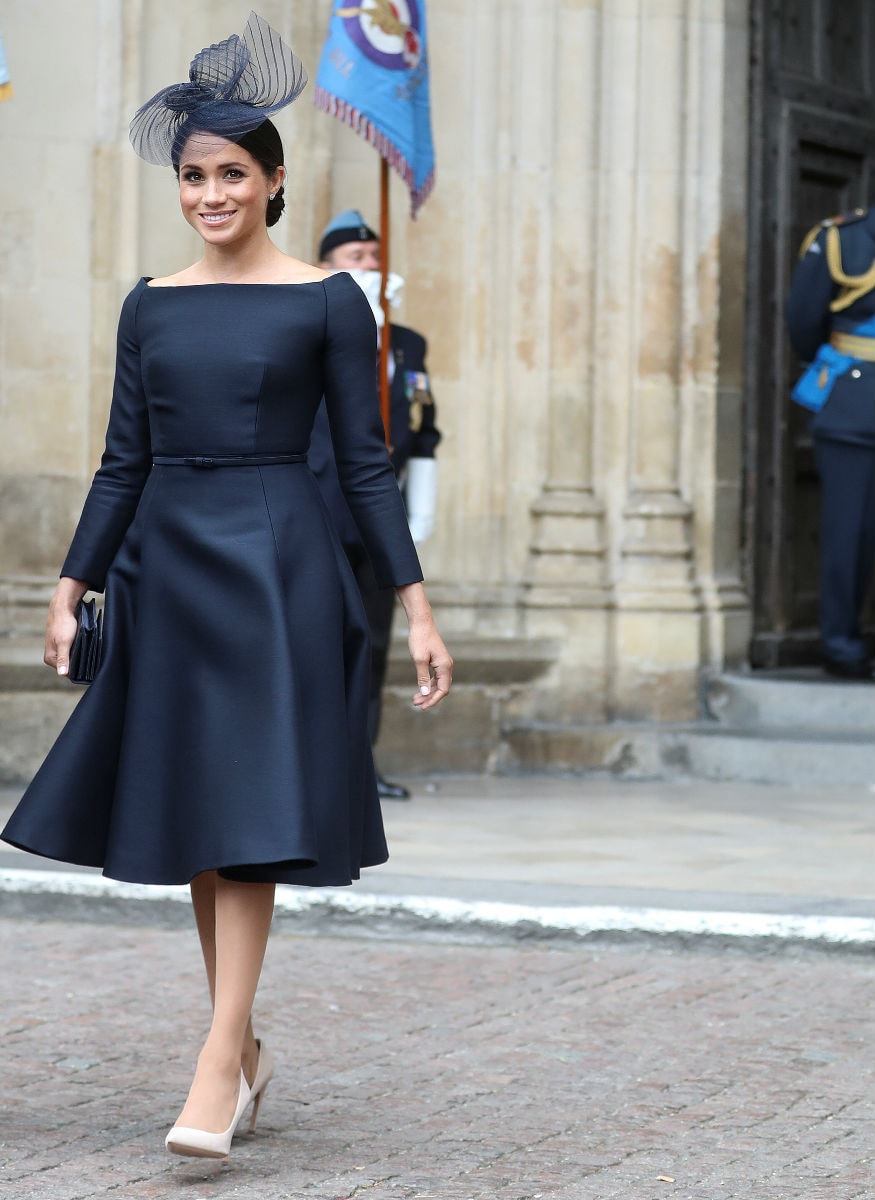 Later, Meghan changed into a forest green Givenchy dress as she arrived in Dublin with Prince Harry for their first official trip as married couple. The outfit, which seemed to have been chosen keeping the national colour of Ireland in mind, quite suited the Duchess and her royal style. Meghan teamed her dress with beige heels, Strathberry tote and a perfectly arranged side bun. 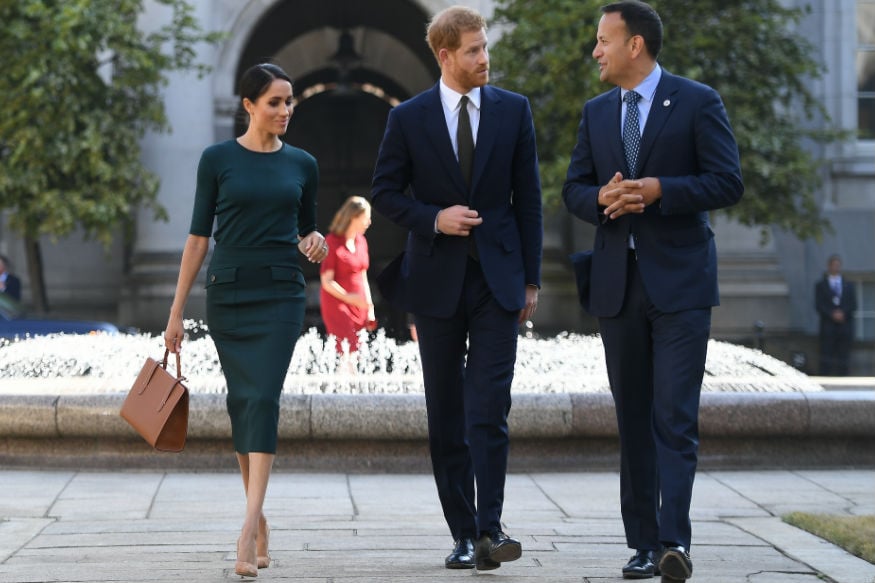 Meghan last look for the day was way too stunning to handle. The Duchess of Sussex stepped out in a gorgeous sleeveless black dress, courtesy Emilia Wickstead that featured a square neckline (a neckline style that we haven't seen the Duchess sport since her wedding) and a matching belt, for a garden party at the British Ambassador's residence in Dublin, Ireland.

Meghan rounded off her look with matching heels, a black clutch and left her tresses open in side parting.