Parineeti and Arjun ruled the ramp in ethereal outfits!

The winning combination of two brothers- Shantanu and Nikhil showcased their Autumn-Winter 2018 couture collection titled “Independence” in Delhi on Saturday night by the name ‘Anti-Trend’ couture. Their creations are a hit among all with varied tastes from the effervescent to the classy and chic. The collection consisted of majorly haute couture for both men and women ranging from traditional to power dressing for the urban populace including conservative and contemporary styles. Their clothing was inspired from the uniforms of armed forces, replete with belts and honour badges used in the flowing silhouettes.

Namaste England co-stars Parineeti Chopra and Arjun Kapoor turned showstoppers for the label. Parineeti walked the ramp in a plunging cold-shoulder gown looking pretty as ever. The gown in a dark-hued palette was embroidered with elaborate floral designs with pleats on the hem and wine-hued leaves and flowers over the black-coloured bodice. Meri Pyari Bindu actress looked regal with her radiant smile, plum lip and sleek hair. The ensemble looked as chic as the rest of the range. Watch her owning the ramp: 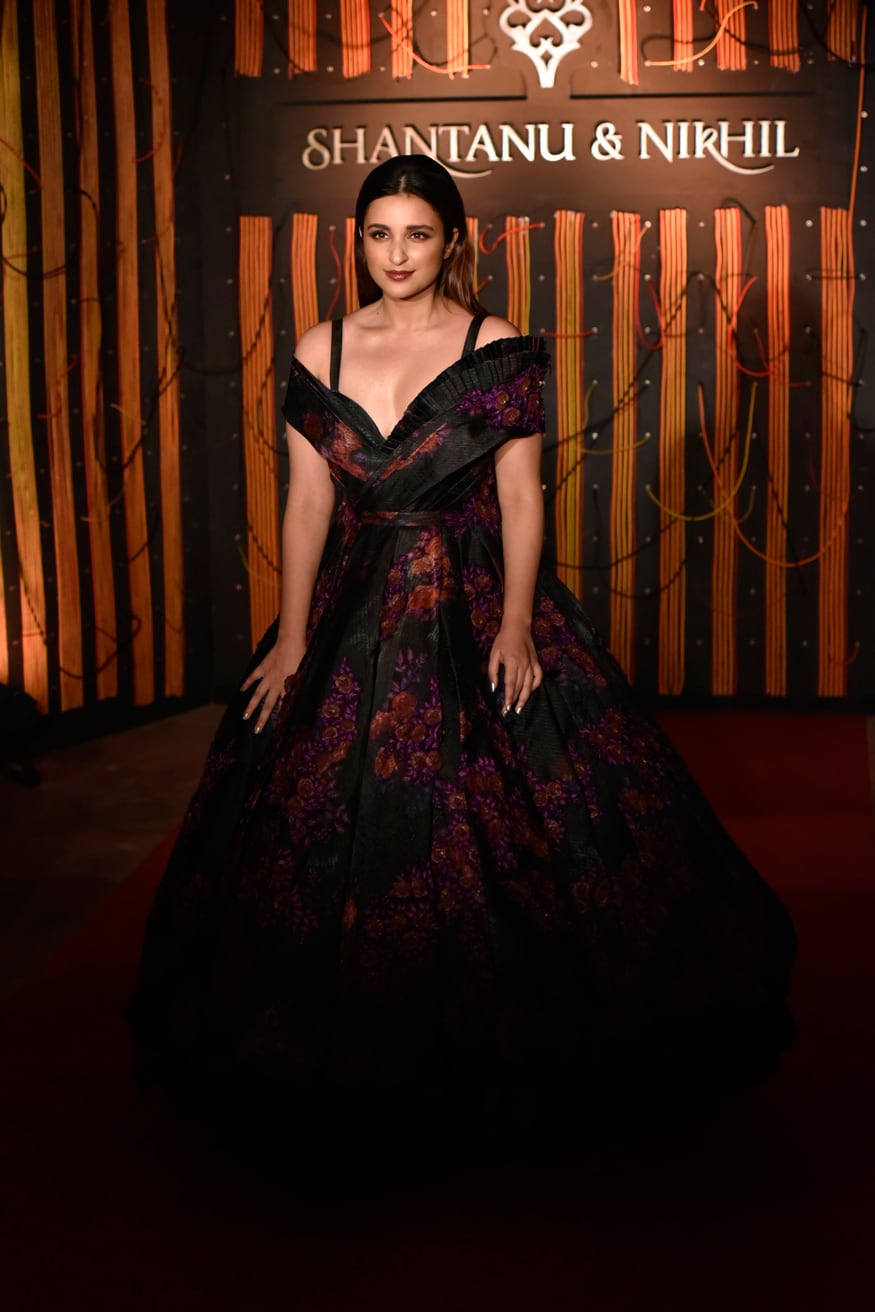 The designer duo's Men's styles were simple and smart with embroidered bandhgala achkans worn over straight pants till the ankles and slip-on shoes. The showstopper Arjun Kapoor walk on to the ramp, in his trademark exaggerated style, posing repeatedly for photographs and lapping up the attention wearing a signature drape kurta, layered with a floral printed jacket coordinated with Parineeti's outfit. Watch him look dapper than ever! Shantanu and Nikhil's Independence collection derives its inspiration from the three most luxurious forms of freedom; Freedom To Choose, Freedom To Live and Freedom to Call oneself Proud Citizens. 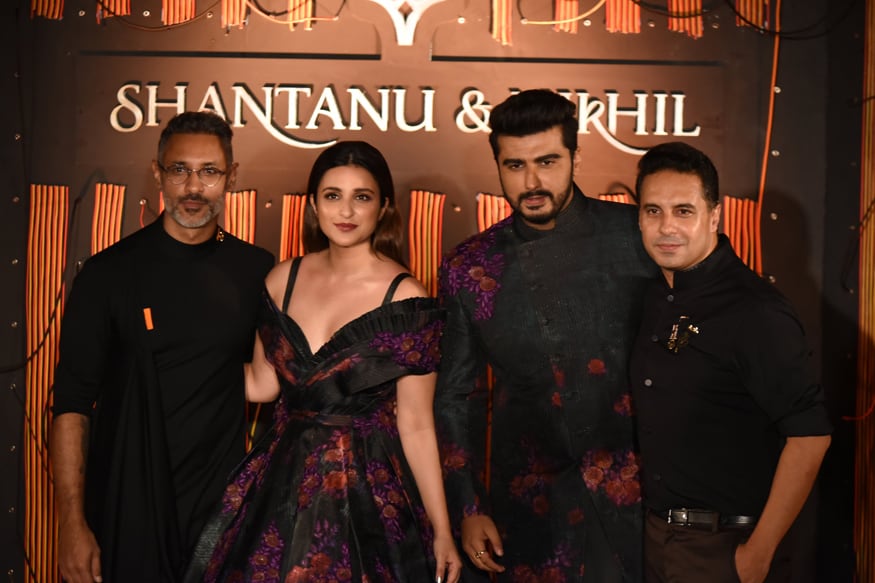 “Through this collection, Shantanu & Nikhil has commenced its initiation into the world of Progressive India with nuances from the rich heritage of India and eclectic resonances of what India is today,” said Shantanu in an interview to IANS.

Added Nikhil: “As a brand Shantanu and Nikhil is based on Indian values however this season Independence derives its inspiration from vintage India but also glorifies contemporary values by amalgamating modernity and its exotic values with sensibilities of the rich heritage of India. Splashes of orange, blue and green add to the previously used earthy colours of the S&N collection.”