Paris: In the shadow of the Eiffel Tower, Saint Laurent’s models splashed along a water-soaked runway on Tuesday as part of the French fashion label’s latest spectacular to showcase its collection for Paris Fashion Week.

The brand, part of the Kering (PRTP.PA) conglomerate, has been using Paris’s famous landmark for maximum effect in recent seasons to present its sexy take on Parisian chic under designer Anthony Vaccarello.

Navy, high-waisted trouser suits tucked into snakeskin boots set the tone for the first part of the catwalk run as dusk fell over the city. Vaccarello’s trademark skimpy hemlines were also on display, in daring mini-dresses with see-through tops or glittery romper suits.

The models at Saint Laurent were walking on water in front of the Eiffel Tower to close out the second day of Paris Fashion Week. pic.twitter.com/MyKWO6eAOV

But the collection also featured a more playful side, with some outfits covered in brightly-coloured stars giving them something of a circus air. 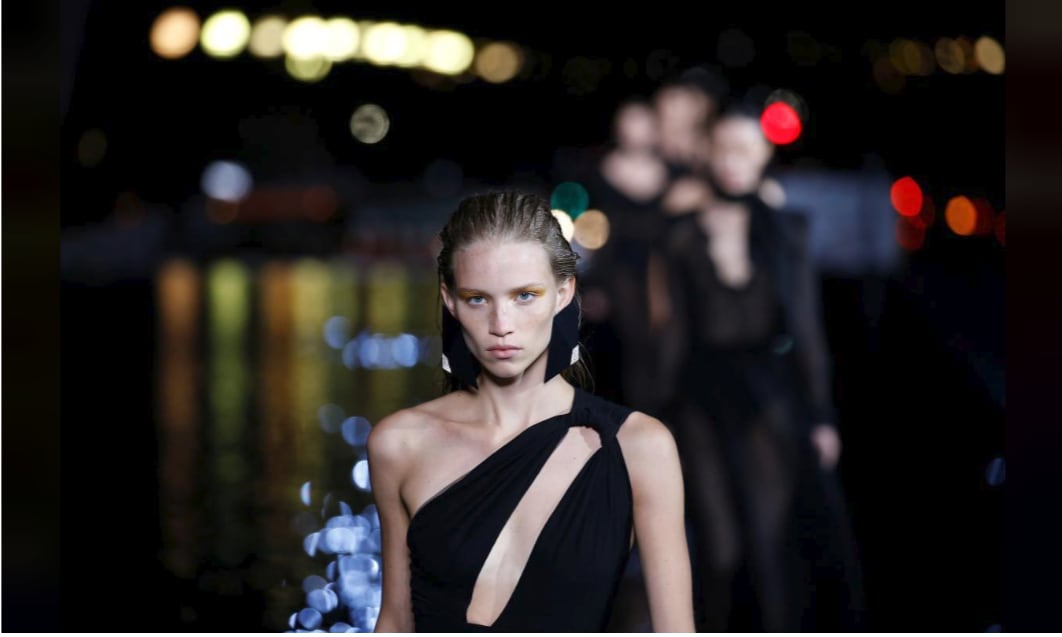 Earlier on Tuesday, the Eiffel Tower was also the focal point for a handful of animal rights activists from PETA. Dressed as bunny rabbits, they called on Paris Fashion Week to follow in London’s footsteps with fur-free runway shows. A growing number of brands, including Italy’s Versace and Gucci and more recently Britain’s Burberry (BRBY.L) are giving up on animal fur, though exotic skins are still widely used by many to make leather handbags or shoes.