Kendall Jenner to Scarlett Johansson: Celebrities who rocked the best hairdos in 2015

While the right outfit is essential on the red carpet, hair and makeup must also be perfect if you want to stand out from the crowd.

While the right outfit is essential on the red carpet, hair and makeup must also be perfect if you want to stand out from the crowd. This year, the big trend was short hair, looking more feminine and sexy than ever. Let's see who had the best hair in 2015.

The bubbly American actress opted for one of the in-vogue hairstyles early in the year - a simple low ponytail, falling delicately on her shoulder. Classic, elegant, and sophisticated. (January 11, 2015) 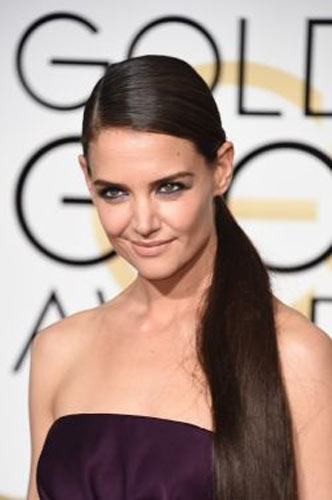 The actress who stars in the series "Kyle XY" stood out from the other celebrities on the red carpet for the Emmy Awards as she sported a very elegant bob with an on-trend wet effect. (September 20, 2015) The star of "Lucy" chose to reveal her new short and minimalist haircut at the Oscars. This rocker style highlights the young mom’s beautiful features. (February 22, 2015) The Australian actress surprised everyone at the Oscars with her new sexy bob. (February 22, 2015) Long wavy hair is a classic, but it’s one we never tire of. Cara Delevingne, who is usually a little more tomboyish, looked stunning at the Elle Style Awards in London. (February 24, 2015) The top model surprised everyone at the American Music Awards when she hit the red carpet with a new short-haired look. A smooth bob which highlighted her features perfectly. (November 22, 2015) This fashion model and TV personality got a lot of media attention at the American Music Awards with this high bun combined with a long fringe and some soft flyaways. Sophisticated and sensual! (November 22, 2015)