Rihanna has apologised after receiving backlash for using a song which includes a Muslim text known as a Hadith at her latest Savage X Fenty fashion show.

The singer has apologised after using the controversial song, saying that the use of the song was “irresponsible" and an “honest, yet careless mistake". Coucou Chloe has apologised, saying she wasn’t aware that the song contained the Islamic verses. 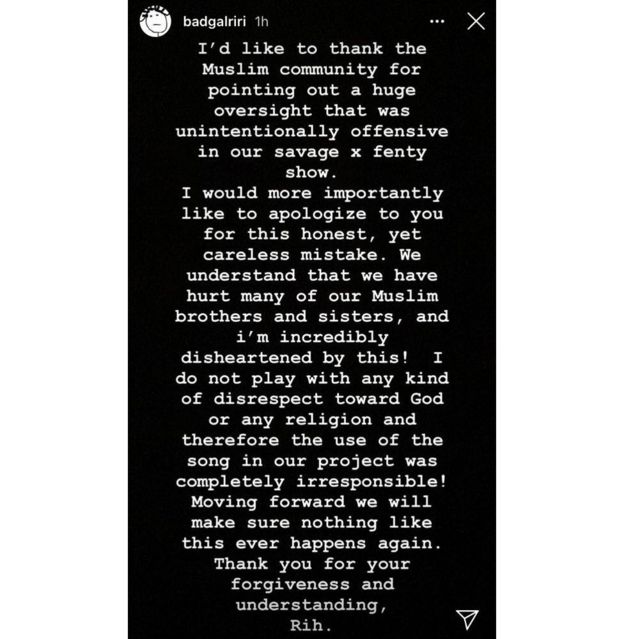 A Hadith is part of a collection of texts believed to be the spoken words of the Prophet Muhammad. After the holy book the Koran, the Hadiths are seen as some of the most important religious texts to Muslims. The Arabic verse used in the song is part of a Hadith about judgement day, reported BBC.

Rihanna’s fashion and beauty brand Fenty has been praised for its commitment to diversity in the past. But some Muslim supporters questioned the use of the song when the fashion show streamed on Amazon Prime on October 2.

Hodhen Liaden, 26, a beauty blogger and a fan of Rihanna, felt it was a misstep to include the song in the show. She said it’s “refreshing" to see Rihanna’s apology but thinks big brands “need more Muslim people in these industries that can pick up on things like this".