Recently, Sara appeared at the trailer launch of her second film Simmba and looked like she is ready to experiment with her choices.

The new bee on the block, Sara Ali Khan, has already floored us with her sartorial fashion sense by proving that she is beauty with grace when it comes to her fashion choices. Sara Ali Khan poses for a photo as she arrives at the trailer launch of 'Simmba' in Mumbai. (Image: Viral Bhayani) [caption id="attachment_1958813" align="alignnone" ] 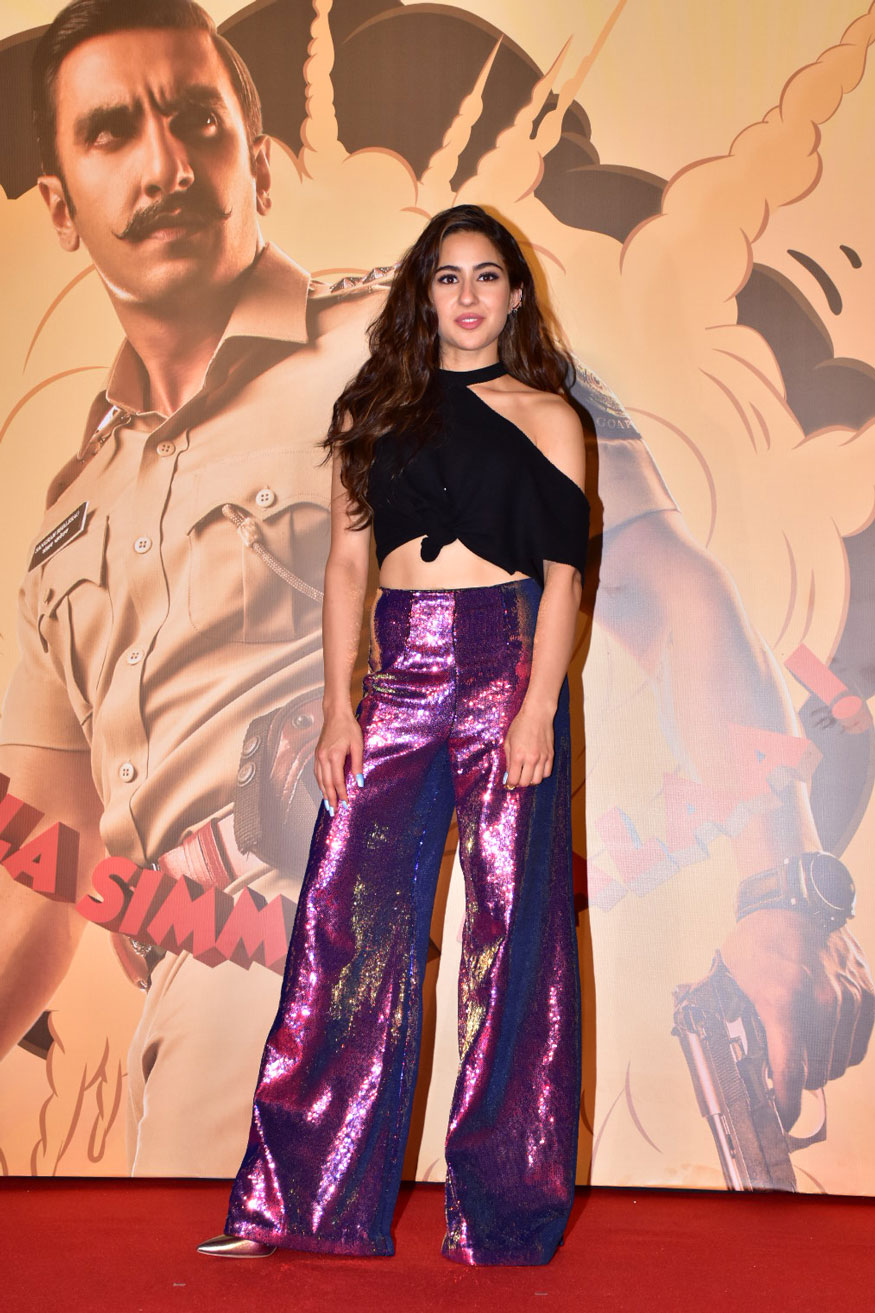 Recently, Sara appeared at the trailer launch of her second film Simmba and looked like she is ready to experiment with her choices. Sara was seen in a black shoulder cut-out crop top and teamed it up with a sequinned wide-legged purple pant by Topshop X Halpern. The International designer house is known for its metallic and unusual sequinned outfits. What worked for Sara was the cold shoulder black top which neutralised her sequinned look while making it pleasing.

We love the no-makeup look on Sara which makes her flawless skin look radiant all the more. As she flipped her soft curls at the trailer launch, Sara looked party ready with the blingy pants which is a fad this season. For her sole, she decided to wear a pair of golden heels to go along with her flared pants.

The 24-year-old actress is all set to begin her career in Bollywood with two upcoming movies Kedernatha with Sushanth Rajput and Simmba with Ranveer Singh. 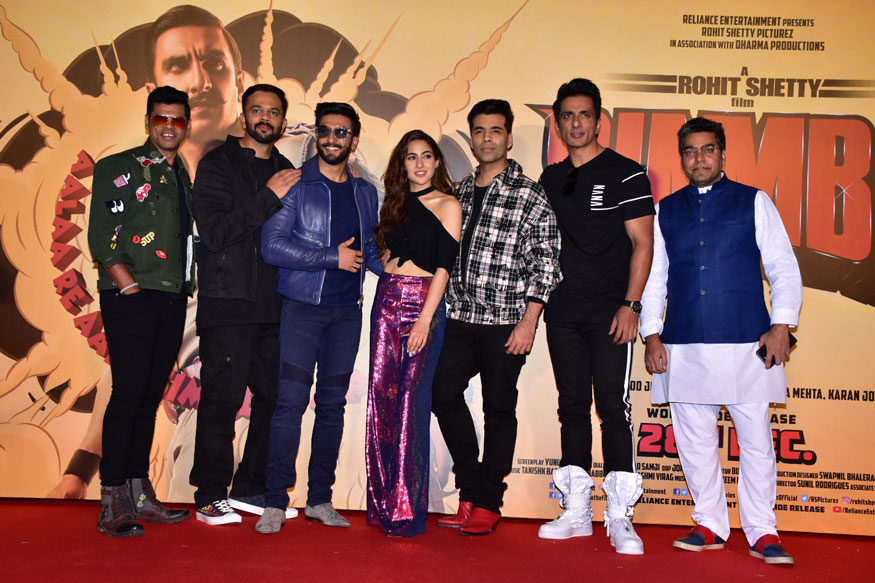 The Hindi remake of 2015 Telugu film Temper that starred Jr NTR, Simmba features Ranveer Singh as Sangram Bhalerao, a corrupt cop who becomes a crusader of women’s safety after a girl he treats as his younger sister gets raped.

Simmba will be Sara’s second film. She is making her big Bollywood debut opposite Sushant Singh Rajput in Abhishek Kapoor’s Kedarnath, which is slated to release on December 7.