Besides Kundali Bhagya and Ramayan, DD National's Shri Krishna is at the number three spot among the most watched shows on TV.

Starring actors Shraddha Arya and Dheeraj Dhoopar in the lead roles, the show Kundali Bhagya has topped the TRP chart this week as well. As per the latest Broadcast Audience Research Channel (BARC) reports, Kundali Bhagya is the most watched show on Indian TV.

BARC has released the viewing pattern of the Indian audiences in between September 5 and 11, and it says that Zee TV’s Kundali Bhagya is still holding the top position in terms of TRPs. It’s followed by  Dangal’s Ramayan. The show features Gurmeet Choudhary as Ram and Debina Bonnerjee as Sita. 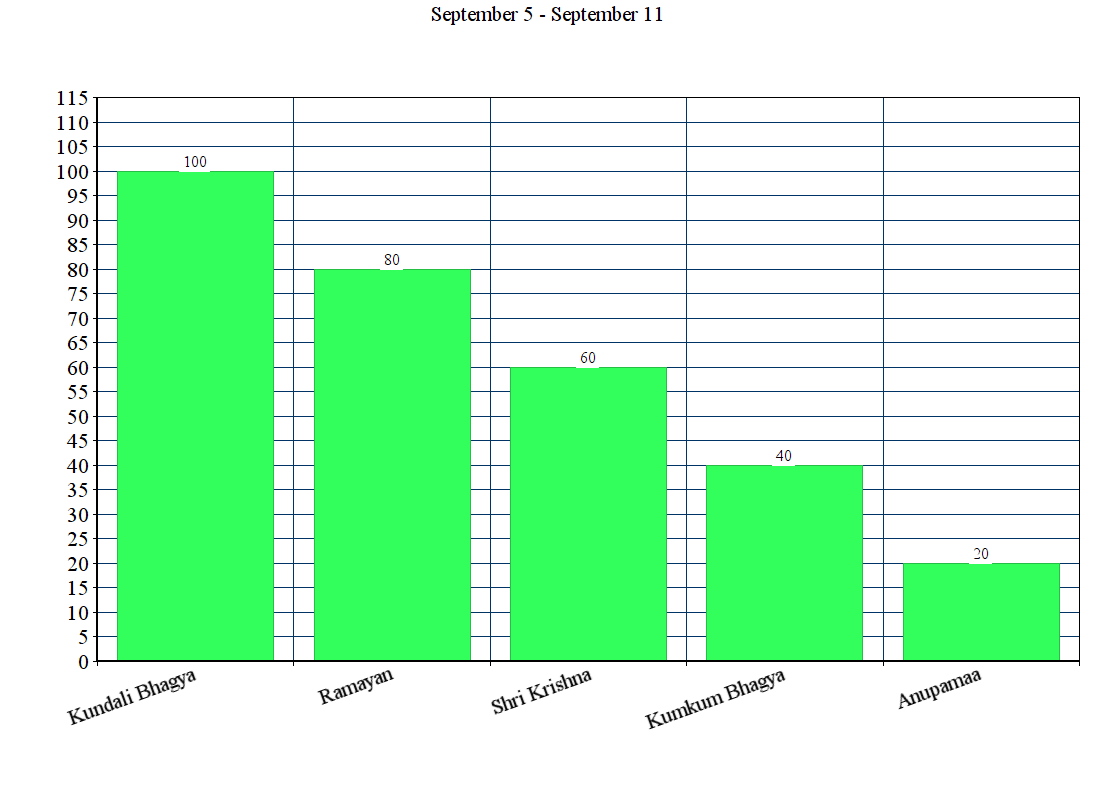 Besides Kundali Bhagya and Ramayan, DD National’s Shri Krishna is at the number three spot among the most watched shows on TV. The show was first premiered in the ’90s and made a comeback on TV during the lockdown.

It is followed by Zee TV’s Kumkum Bhagya at the number four spot in the list of top five programmes of the week. The cast of the show includes Shabir Ahluwalia, Sriti Jha, Mugdha Chaphekar and Krishna Kaul.

At number five is Star Plus’ Anupamaa. The show marks the return of Rupali Ganguly on television after seven years sabbatical from acting. This is also Sudhanshu Pandey’s daily soap debut.

In addition to the above details, as per Hindi GEC Urban, Zee TV’s Kundali Bhagya is holding the top position. It is followed by Star Plus’ Anupamaa.

Sony TV’s India’s Best Dancer is at the number three spot. It is followed by Sony SAB’s Taarak Mehta Ka Ooltah Chashmah at the number four spot in the list of top five programmes of the week.

At number five is Zee TV’s Kumkum Bhagya. This is another popular Balaji soap after Kundali Bhagya.

As per the details divulged by BARC, it can be concluded that Ekta Kapoor’s Kundali Bhagya has pushed the mythological shows, that were ruling the TRP chart since the lockdown to lower positions.