Want to Explore Central Asia? Kazakhstan Should be the First Place on Your List

Here are a few places that you must visit while in Central Asia.

Here are a few places that you must visit while in Central Asia.

Getting tourist visa for Kazakhstan is easy as you can have it for just Rs 4400 from the embassy, that too within 5 days of application. Last year, the Kazakhstan embassy issued more than 25,000 visas for Indians. To simplify the process, the embassy has also introduced the E-Visa.

For transit visa you need to have return flight ticket usable within 72 Hours. If you want to travel only Kazakhstan then you must have the tourist visa.

Air Astana flies thrice a week between Delhi and Almaty. While flying above Pakistan, Afghanistan, Tajikistan & Kyrgyzstan, you will find excellent landscape view from the aircraft. Kazakhstan has 2.72 million square kilometers of vast plains and highlands.

The temperature in the country keeps fluctuating which means it will be cold during the night and mostly dry during the day. However, it seldom gets as cold as its neighbor Russia.

Here are the places to visit in Kazakhstan:

It is situated in southern part Kazakhstan and is the financial capital of the country with direct flight from Delhi.

The main attraction in Almaty's Panfilov Park is the Ascension Cathedral, one of the largest wooden buildings in the world, built during early 20th century. Ethnic Russians are the chief visitors. 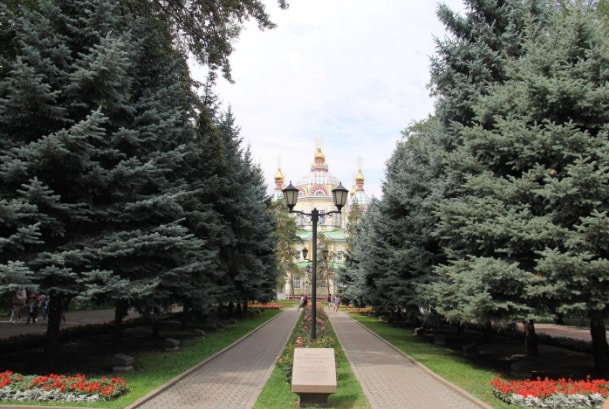 You can reach here by taking a cable car from Dostyk Avenue. The Charyn Canyon is located in the Charyn National Park about 215km east of Almaty and at an approximate drive of a nearly four hours. The vista of dramatic erosion made by the river creates a dramatic landscape. Around 30 km away from the city of Almaty, it’s the major water resource for the area. Statues in the park are a constant reminder of the ultimate sacrifice the guards made for the freedom of Kazakhstan. Image of 28 guardsmen of Panfilov

Easiest ways to visit Kok Tobe is with a cable car. Round-trip ticket is 2000 Tenge (Local Currency), After the smooth cable car ride to Kok-Tobe Hill, you will find a range of local stalls, fun rides, a couple of restaurants, a small zoo, a summer toboggan ride and a spectacular view over the city. 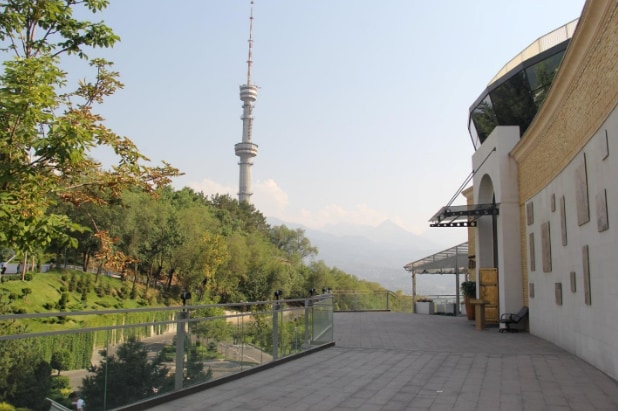 This is a good place to spend a few hours shopping for food and souvenirs. Image of The central market

Shymkent is located in the southern part of Kazakhstan, 750 km from Almaty, the city has much to offer for tourism. Turkistan is an important destination for tourists, and you can easily travel from Shymkent and return the same day. Turkistan is 200 KM from Shymkent which you can cover in 3 hours by a car.

It is also a World Heritage Site. It is the largest architectural monument and most important pilgrimage site in Kazakhstan. The tomb is dedicated to Khoja Ahmed Yasawi and was built by Timur at the end of the 14th century. Even though this building is incomplete, as Timur died before it was completed, it is still one of the most beautiful mosaic works you may have ever seen. Otrar is an incredible sight. A fortress city in the middle of the steppe, it’s built on a knoll of high ground which gives it a panoramic view. Arystan Bab Mausoleum is close to the village of Otrartobe, about 50 km from Turkestan and 150 from Shymkent. Nur-sultan is located in the north-central part of the country. Very new construction and establishment of various research and higher educational institutions (teacher training, agriculture, medicine and engineering and construction). The government hired Japanese architect Kurakawa Kisho to prepare plans for the new sweeping sidewalks and blue and gold buildings of Astana, including the Presidential Palace.

The Hazret Sultan Mosque is the second largest mosque in Central Asia after the Rui Mosque. The name means 'Holy Sultan' and the mosque was opened in 2012. It is situated on the right bank of the Yesil River and is close to the Palace of Peace and Reconciliation and the newly opened National History Museum, this mosque reminded me of the Taj Mahal. 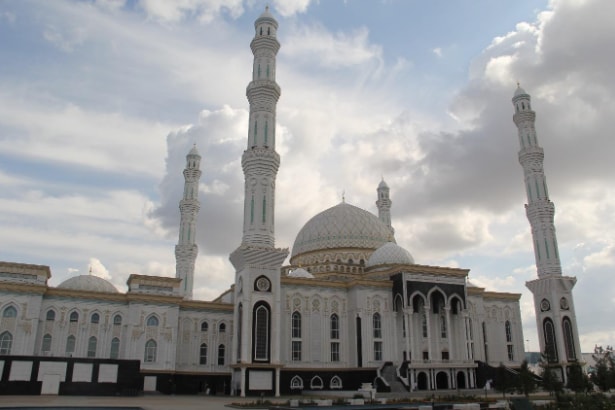 This new opera house is inspired by classical buildings of the same function, but at the same time everything is fresh, new, comfortable and functional. Astana Opera is one of the most beautiful places in Astana. Outside and inside. Everything is in white and marble. I am sure you will like this place the most. This is the signature tower of Kazakhstan. A modern tower, which symbolizes the legend of a golden egg on the top of the tree of life. The Kazakh word "baiterek" literally means "tall poplar", as in a tree. This is what makes Baiterek Tower such a fitting name for a national monument steeped in symbol and meaning, connecting the old world to the modern in celebration of progress.

This combination of old and new is intriguing and inspiring to both Kazakhs and visitors, who are invited to travel to the top of the tower and view the city from an observation deck inside its golden dome. Not only does it offer a unique tourist attraction, but also another means of symbolism, as visitors travel inside the "eggs" of joy and beginnings, able to see the modern world from a place of history and legend. 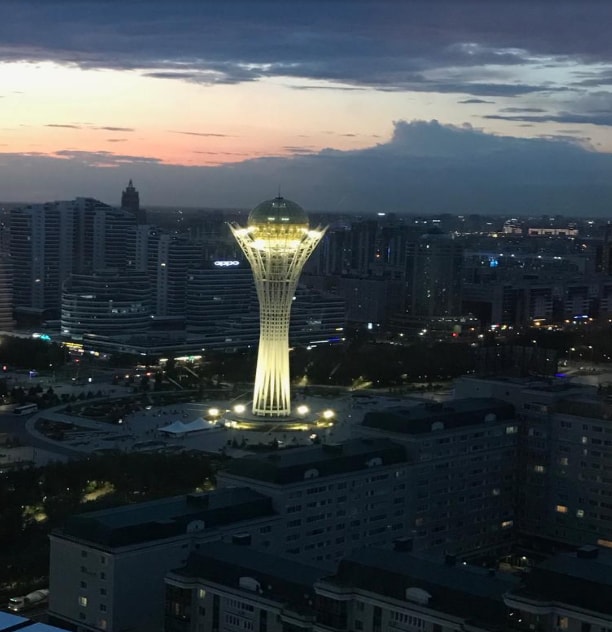 The theme chosen for Expo 2017 was "Future Energy". The purpose of this topic was to focus on the future of energy and on new and practical energy solutions and their implications. The subtitle of Expo 2017 was "Solution to tackle the greatest challenge of mankind". Therefore, the expo demonstrated future energy solutions to meet social, economic and environmental challenges. 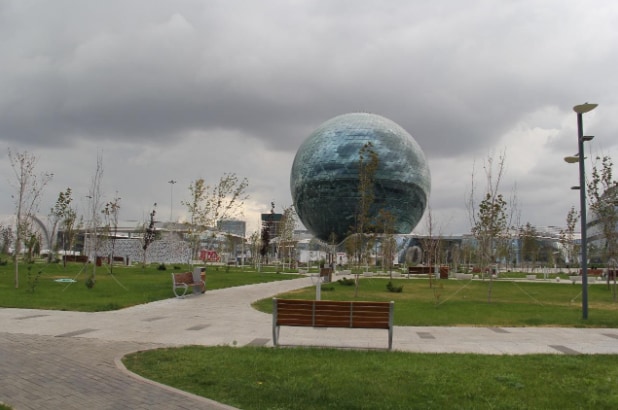 For transit visa you need to have return flight ticket that must be of within 72 Hours. If you want to travel only Kazakhstan then you must have Tourist Visa.