We don't give languages the importance they deserve: Javed Akhtar on lack of focus on literature in Indian curriculum

Here are some excerpts from the interview that justifies why Javed is one of the most outspoken gems in our industry; neither does he shy away from revealing the truth nor does he refrain for bashing the lies.

It is hard to find a language as magical as Urdu. Even if youngsters fail to understand the meaning of all words, they’re still attracted to this poignant language for its quintessential royalty and elegance.

When we think about Urdu language in Bollywood, one of the very first names that’ll immediately strike you is that of Javed Akhtar, who not only has a big hand behind making this language popular among-st the youth today but also has an indispensable contribution to the finest lyrics and poetry in our Indian cinema. 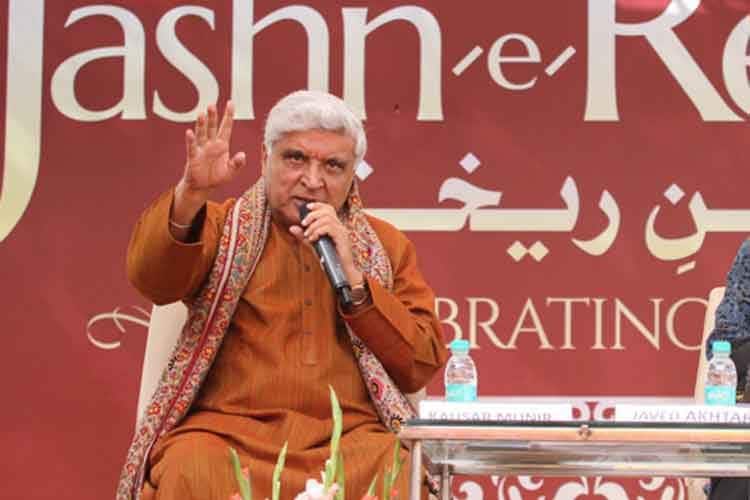 While talking to IBNLive.com about Urdu language and its prominence in our films, Javed Akhtar said that the goal of commercial cinema is to attract more and more number of viewers for which they can do anything and everything due to which the language has already shrunk in our society.

Here are some excerpts from the interview that justifies why Javed is one of the most outspoken gems in our industry; neither does he shy away from revealing the truth nor does he refrain for bashing the lies.

"There is nothing like ‘should’ for a commercial cinema. They want to reach more and more people, want to win more and more hearts and just grab eye balls; whatever would get them this; they’ll do that. But yes, it’s a fact that the language is by and large is shrinking in our society. You cannot fix this problem in one part of the society; you need to correct it as a whole."

Lack of literature in educational curriculum

"We don’t give the languages due importance in our schools, colleges and societies; and even at home. Children aren’t exposed to literature or poetry. Obviously; this has been happening since last 30-40 years and you’re witnessing the result yourself. People have very limited vocabulary and when they know limited words, then obviously the vocabulary will shrink in all the communications even in TV, songs, speeches, and dialogues."

Urdu has an edge over other languages?

"To say that Urdu poetry has an edge over other languages will sound very chauvinistic, boastful and pompous. I’ll just say Urdu poetry is popular not only among people who read and write Urdu but also who have aesthetics and who’re interested to learn. It is a language of people. It’s like till the time people understand the language, it’s Hindi for them; when they don’t; it becomes Urdu."

"Women have written very less, not because they don't have talent but because they were not allowed. So, why is it that no great painter was a woman? It is because she was not allowed. That's the reality. Even today, we have miles to go."

"I won’t say that good lyrics come at all now but yes, by and large there has been a downfall of lyrics - downfall in language to be precise. You can’t pick up one song and say it’s bad; it’s just there in the society. However, there’s a young man who is doing some good work; Irshad Kamil. He’s writing good songs."

"It’s a craft to write songs to the already made tunes. So many good songs have been written by Kaifi, Sahir, Shailendra, Majnu to the tunes. Once you know the craft of how to write to a tune, it’s not difficult. People who know, they can do it."

"Read a lot. Keep reading. Before you start writing, you should be well-read. If you want to be a poet, learn poetry by heart as much as you can."