Home » News » Movies » 10 years of 'Rang De Basanti': 8 interesting facts about the film that you may have not known
2-MIN READ

10 years of 'Rang De Basanti': 8 interesting facts about the film that you may have not known

With 'Rang De Basanti' celebrating its glorious decade in the industry, we bring you some of the facts about the film that you might have missed out on.

About a decade back, a movie was released that not only changed the face of Bollywood but enlightened the young minds in a way that made them redefine patriotism. With every generations, comes a new definition of patriotism. 'Rang De Basanti' became the epitome of modern patriotism for the youth which was trying to maintain a balance between globalization and westernization. While it had a great impace on the society, the media dubbed it as 'the movie that became a moment'. Directed by Rakeysh OmPrakash Mehra, the film went on to receive rave reviews from not only India but overseas too. He wrote in his book ‘Rang De Basanti: The Shooting Script’ about how this was not just a regular story but a ‘belief that was converted to a screenplay’.

And as Kamlesh Pandey truly said, “As long as the State remains the enemy of the nation and politics keep killing its young, ‘Rang De Basanti’ will remain relevant.” With this film ringing into its 10th year, we bring you some of the facts about the film that you might have missed out on. 1. From ‘Ahuti’ to ‘The Young Guns of India’ to ‘Rang De Basanti’; the title wasn’t just so easily picked up. The first draft of the film came up in 1997-1998 with the name ‘The Young Guns of India’ with the main idea to narrate the story of Chandrashekhar Azad, Ramparasad Bismil, Ashfaqullah Khan, Rajguru and Sukhdev and other ‘kraantikaris’ who laid down their lives for the nation, in a way that people could identify with them. 2. Now this might shock you to the very extreme; Neither Aamir Khan nor R. Madhavan were the first choices for their respective roles. Aamir Khan told the director that ‘while he was narrating the script; every bone in Aamir’s body was shouting a NO’. It wasn’t until two hours of narration that the actor finally said yes. 3. ‘Blaming the system for everything and conveniently going back to your life’; is what the director described DU as. Drawing the characters from his close friends and a part of it (happy-go-lucky and escapist) from himself, he thus gave a life to the lead roles. 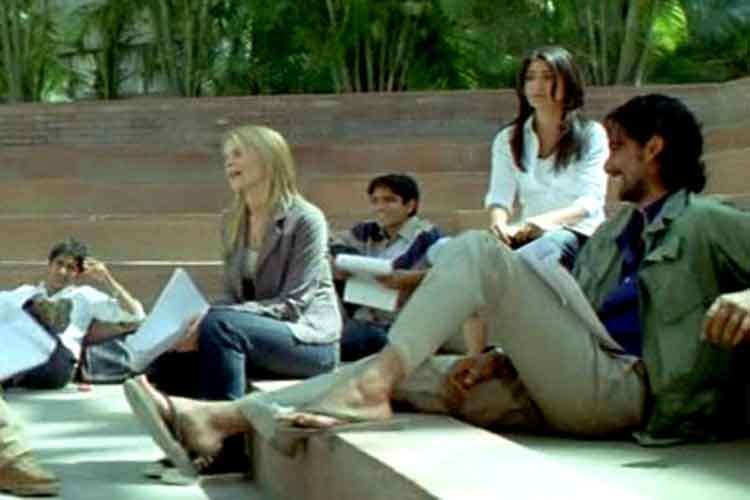 4. Another important thing that most of us don’t know is the fact that the dialogues are so relatable even in today’s era is only because of Kamlesh Pandey, Rensil D’Siliva; both of whom continuously wrote and re-wrote the dialogues to make it more realistic and gritty. 5. Remember the scene where all the boys own up to Defence Minister’s assassination? It was Aamir Khan who suggested that scene. 6. It definitely takes more than a few heads to make a film this good! The dialogue that had a huge impact; “Zindagi jeene ke do hi tarike hote hai ... ek jo ho raha hai hone do, bardaasht karte jao ... ya phir zimmedari uthao usse badalne ki” was not conceptualised by the writer but by the editor of the film. 7. Remember the last scene where the four boys are seen amidst the lush green surroundings? And the shots where people from different cities talk about the issues in the nation? Those ideas were introduced after several screenings to actually immortalise the characters; not only on papers but even in our lives. 8. It wasn’t until 2005 that the film actually hit the theaters. While there were two parallel stories running; one in 1920 and the other one in 2005; each of them ended up having its own impact and its own victory.