15 Years of 'Lagaan': 20 Lesser Known Facts About the Film

As epic film, 'Lagaan' completes 15 glorious years, here is a look at some lesser known facts about the film.

Set in pre-independence era, Ashutosh Gowarikar’s ‘Lagaan’ reflected patriotism for modern India. Where a bunch of novice Indians defeated the British in a game that was absolutely alien to them. It was a film which basically showcased no-patriotism for a country that is now, after so many years of independence, hooked to the colonial game.

Aamir Khan’s maiden production, ‘Lagaan’ went on to create history for not just in India but outside country as well by getting nominated in Best Foreign Film category at Oscars 2002. The film did not ultimately win the award, but it did win accolades from all quarters.

As the epic saga clocks in 15 glorious years, here is a look back at some lesser known facts about the film.

Director Ashutosh Gowarikar had approached Aamir Khan for the film and the actor heard the script in details and gave his consent. But the challenge for the director remained as no producer was ready to back the film. Those who did agree, had their own conditions and wanted change in scale and story which Gowarikar wasn’t keen on implementing. It was on the director’s behest that Aamir Khan decided to turn producer for the film. The first cut of the film was 7 hours and 30 minutes long. Eventually, the film that was screened in the theatre was 3 hours 44 minutes long. Preity Zinta, Sonali Bendre, Amisha Patel were all considered for the role of Gauri. Aamir thought Bendre looked to urban and modern for the character. Eventually the role went to TV actress Gracy Singh, who was a known face thanks to her role in hit show ‘Amaanat’. Perfectionist that he is, Aamir Khan decided to pierce his ears and wear earrings for his role. Incidentally, he had borrowed the silver rings that he wore from Kiran Rao, who was an assistant editor on sets. Aamir was at that time married to Reena Dutt. Shah Rukh Khan was apparently offered the role of Bhuvan but he had rejected it. Since there were no luxury hotels in Bhuj, Aamir Khan had taken up a newly constructed apartment complex and furnished it completely for the crew. Security was set up and a special housekeeping team was brought to take care of the crew's needs. 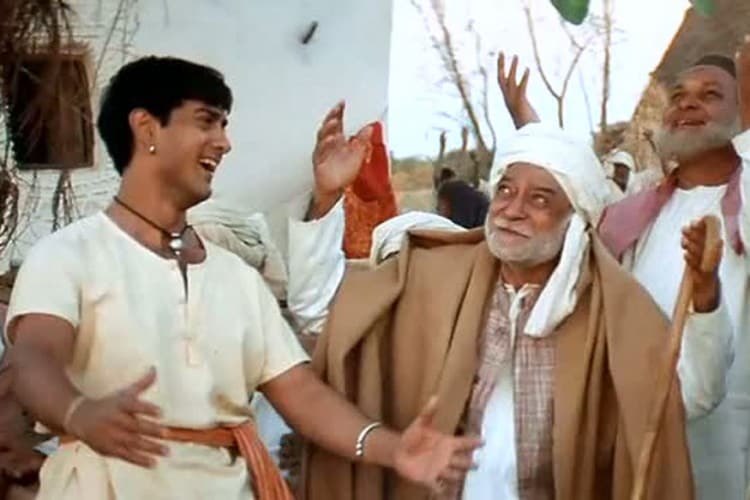 While shooting for the film, Gowarikar suffered a slip disc and had to rest for 30 days. During this period, he had his bed next to the monitor and continued with his work.

Before the worldwide release of the film, Khan screened the film especially for the villagers of Bhuj, where the film was shot. A lot of the crowd that we saw cheering during the match scene, were actual villagers who came every day to be a part of the film. They would sit patiently in sun the entire day while the film was shot. Two of the British actors Jamie and Katkin were dating while they were filming ‘Lagaan’ and were eventually married off on the sets of the film which had a make shift temple in it. Aamir and Reena performed the Kanyadaan ritual.

Apparently, Abhishek Bachchan was offered a role in the film, but he turned it down. To prepare for his role as the untouchable Kachra, actor Aditya Lakhia read P. Sainath's ‘Everybody Loves a Good Drought’ to get into the skin of his character. 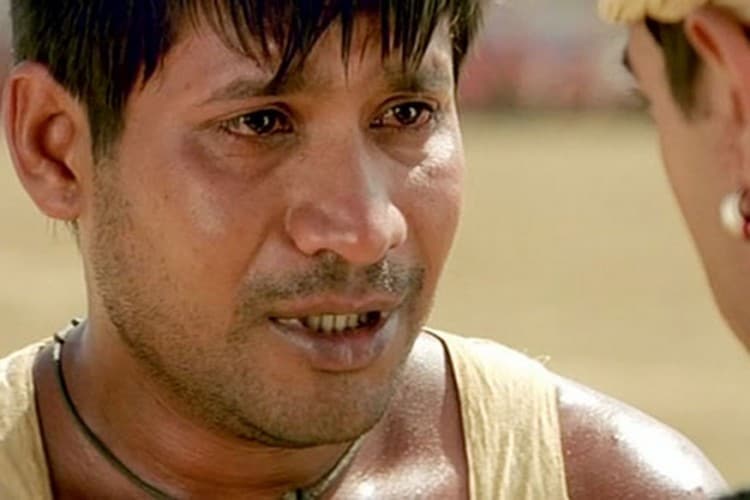 ‘Lagaan’ started the concept of having a first assistant director as part of the crew for Bollywood. Farhan Akhtar suggested Apurva Lakhia’s name to Khan. Lakhia eventually made his debut as a director with ‘Mumbai Se Aaya Mera Dost’. ‘Lagaan’ was the first Indian film to premiere in China.

In the film, Bhuvan scored the winning shot and was not out throughout the innings. In reality, while filming the climax, Aamir Khan admitted to have gotten bowled out once.