In the complaint, the COAI has accused the makers of 2.0 of promoting 'obscurantist and anti-scientific attitudes toward mobile phone, towers and mobile services.'

The Cellular Operators Association of India, COAI, has filed a complaint against Rajinikanth and Akshay Kumar starrer 2.0, a sequel to 2010 film Enthiran. Both the films are directed by S Shankar.

In the complaint, the COAI has accused the makers of 2.0 of promoting “obscurantist and anti-scientific attitudes toward mobile phone, towers and mobile services.”

The trailer of the film shows Akshay as an ornithologist, a researcher who deals with different species of birds, who starts a full-fledged war against the mobile phones. His character is called Richard or Dr Crow in the film. He believes that mobile phone radiations make the environment harmful for the birds. The COAI believes that the film is “falsely depicting mobile phones and mobile towers as harmful.”

The complainant wants the Censor Board to revoke the certificate given to the film. (The copy of the complaint) 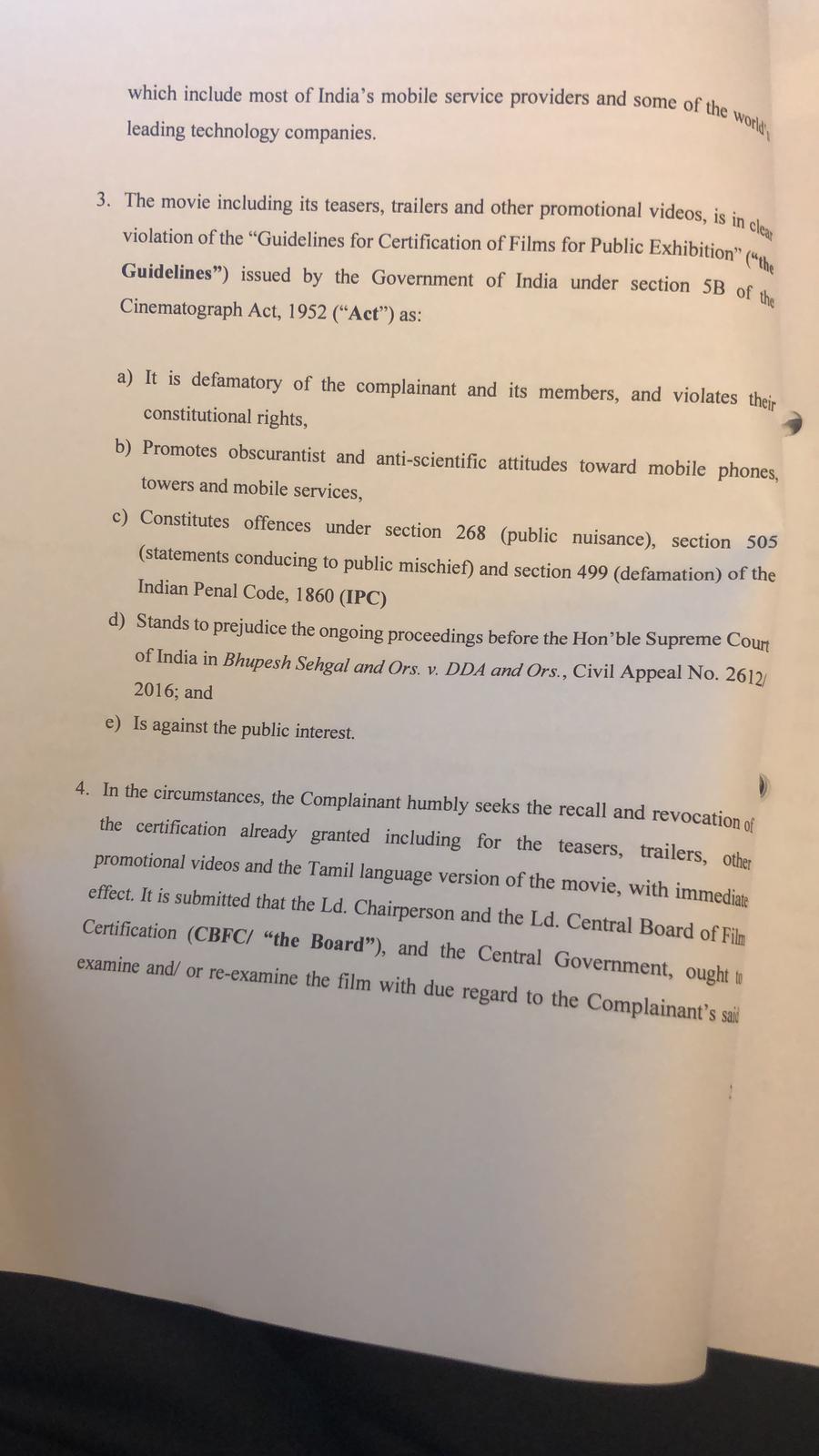 In an earlier interview with IANS, Akshay talked about Shankar. He said, “We used to speak in Marathi on the sets and we used to enjoy that. Shankar is a brilliant director to work with and he is a very humble man. It was so interesting to see how he would add a quirk of entertainment in any or every dialogue of our daily conversation."

"He is a very professional person. He narrated me the whole story, the screenplay and I knew each character of the film from the beginning. I was impressed by the concept and wondered why nobody has explored the subject so far," said Akshay

The film that reportedly made at a budget of Rs 543 crore is considered the most expensive film of India made in 3D.