Rajinikanth and Akshay Kumar's 2.0 fails to live up to the hype. Here's our movie review of S Shankar's film.

We may not realise it but the nature and attitude of the sci-fi films has changed dramatically in last eight years, since Enthiran (2.0’s prequel) released. In all this time, we have seen quite a bit—the Transformers franchise lose its sheen and films on humanisation of AI-powered robots evolve (Ex Machina, Bladerunner 2049). Unfortunately, 2.0 is still stuck in a time-zone where robots deliver punchlines and act funny, that too unprovoked.

Director S Shankar’s 2.0 begins with a massive bird made up of smartphones killing network chiefs and corrupt ministers who gave the chiefs permission and power.

Turns out, it’s an ornithologist named Pakshirajan (Akshay Kumar)—who is also called Akshay Rajan at one place. He is on a revenge spree after the world doesn’t pay heed to his advice of saving birds. There is a long sequence that has him advocating for bird rights. It is probably the most thought-out part of a film otherwise bogged down by Rajinikanth’s superstardom and a thin storyline.

No points in guessing that Dr Vaseegaran (Rajinikanth) calls his rogue humanoid Chitti (also played by Rajinikanth) back from retirement to stop the evil birdman in a war, which sometimes appears as juvenile as Chhota Bheem fighting Kalia, except that it’s not meant to be that way.

Then there is Nila (Amy Jackson), another humanoid who literally donates her master control unit to Chitti. Talk of love stories in the modern world!

It all begins on a good note—fantastic 3D, probably the best in an Indian film till date, humour as popular in Tamil films and a distinct tone. You look for high points before reaching that one final noisy assault, which has the power to make or break a science fiction action film. However, you never get there as everything is served cold without much motivation or justification.

Moreover, the film is saddled with Rajinikanth’s legacy as he simply refuses to talk without delivering punch dialogues.

It is Akshay Kumar’s monster bird that excites to some extent. In fact, he does his best to balance a film that keeps giving extra attention to spectacles than its plot. By the climax, you are convinced that he is not going to win despite his best attempts. In spite at the cost of reliability, it is totally a Superstar Rajini show.

In the 150-minutes, 2.0 dedicates a major chunk in making Chitti fight Pakshiraja as Vaseegaran sits inside a van. The same visual keeps playing throughout the film to an extent that you want to get into the driver’s seat and collide into a tree. 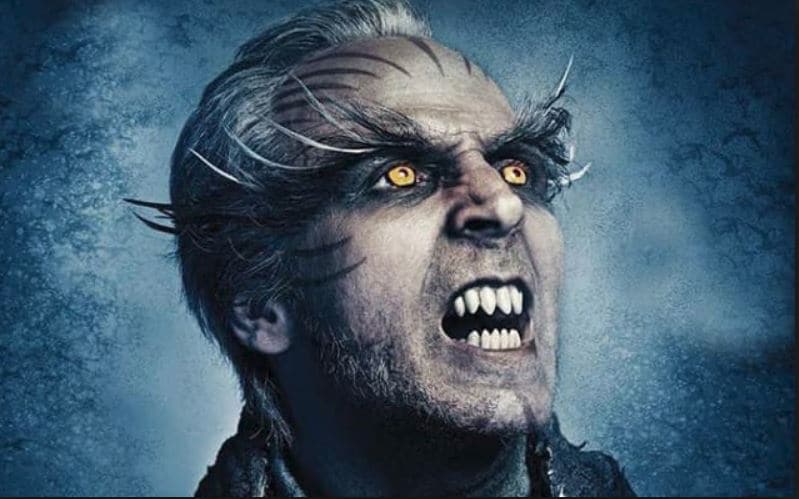 Not that the film hasn’t been visualised well, but the final product is terribly repetitive. What made Enthiran endearing was the surprise quotient brought in by Chitti and how humans react to it. Plus, it was mostly a scientist versus scientist story before the big war. The new film follows a reverse trajectory and loses grip in the process.

Shankar’s film is a let-down. His characters haven’t evolved the way the world around them has. ​

A former film student himself, Rohit 'Vats' feels that a good film is made with a zealous heart rather than brilliant technique. He thinks that films ...Read More