While Southern stars crossed the border to Hindi with films such as "Qarib Qarib Singlle", "Chef" and "Phillauri", Bollywood's mainstream actors too ventured out to Tollywood and Kollywood by giving us some of the most memorable crossover movies this year.

Bollywood is surely changing for the better and it has taken a few steps forward in a positive direction. It is no more a space limited to Khans or Kapoors and the year gone by is a testament to that.

Not only has 2017 offered films which provided some food for thought on current social issues with cinematic flair, but also broken linguistic barriers by swapping talents in a never-seen-before trend.

While Southern stars crossed the border to Hindi with films such as Qarib Qarib Singlle, Chef and Phillauri, Bollywood's mainstream actors too decided to venture out to Tollywood and Kollywood and gave us some good, gratifying stories this year. Let's first take a look at the popular faces from the South crossing over to Bollywood:

Parvathy is the perfect mix of beauty, brains and bravery. The actor, who recently made her debut in Hindi cinema with Tanuja Chandra’s Qarib Qarib Singlle, left everyone spellbound with her natural looks and exceptional acting skills. The beautiful slice of life film features Parvathy as Jaya, who embarks upon an unusual journey which becomes a mad adventure when she meets a man named Yogi (played by Irrfan Khan) through a website called Ab Tak Single. The unconventional pairing of the film struck the right chord with the audience and made it one of the most successful films of the year.

Eight years back she tested Bollywood waters with Chandan Arora's action-drama Striker but went unnoticed. However, Padmapriya didn't let that stop her from trying again. She recently made a comeback in the Hindi film industry with Saif Ali Khan-starrer Chef, in which she plays the role of a single mother Radha Menon, a Bharatanatyam teacher, who constantly asks her ex-husband (played by Saif) to spend time with their son. The film didn't do well at the box office but garnered appreciation for Padmapriya, who was endearingly natural in the movie and shared a great on-screen chemistry with Saif.

Mehreen Pirzada is known for her works in Telugu cinema. The actor debuted in Bollywood with Anushka Sharma’s production Phillauri. The film sees Mehreen opposite Suraj Sharma, who returns to India from Canada to marry his long-term girlfriend Anu (played by Mehreen). However, her life goes upside down when Suraj’s character, Kanan, gets married to a tree before getting married to her. Though the film failed to set the cash registers ringing at the box office, its unconventional story was praised by the audience. And now we can’t wait to see Mehreen in theatres again.

With his attractive personality and chocolate-boy looks, Dulquer Salmaan has emerged as an undisputed youth icon. DQ, as he is popularly known, is a superstar in Malayalam and Tamil cinema with box-office hits, such as Kammatipaadam, Ok Kanmani, ABCD: American-Born Confused Desi and Bangalore Days in his kitty. The actor is now all set to enter Bollywood with Akash Khurana's upcoming movie Karwaan, which stars Irrfan Khan and Mithila Palkar. The light-hearted comedy, about friends who go on a road trip together, will also see Kriti Kharbanda in an extended cameo. If reports are to be believed, Kriti will play DQ’s love interest in the movie.

Southern star Regina Cassandra is all set to make her Bollywood debut with megastar Amitabh Bachchan-starrer Aankhen 2. Directed by Anees Bazmee, the film is a sequel to the 2002 hit film Aankhen. The basic concept of the follow up remains the same as the original, however this time around the blind men, to be played by Anil Kapoor, Arjun Rampal and Arshad Warsi, will loot a casino instead of a bank. Regina’s role in Aankhen 2 should be an excellent opportunity for her to get a great start in Bollywood.

Here's looking at Bollywood actors who outshined the barrier of language and those who are all set to cross it for their upcoming reel roles:

Vivek Oberoi made his Tamil debut in the much-awaited film Vivegam alongside South superstar Ajith. The spy thriller also starred Kajal Aggarwal and Akshara Haasan. In the film, Oberoi plays the role of a baddie named Aryan who is a close friend of Ajith’s character AK who leads an anti-terrorist squad. They’re on a mission to stop a nuclear attack but things don’t turn out the way they anticipated. Though the film received a lukewarm response at the box-office, Vivek's efforts as Aryan got noticed. Let’s watch out for more performances from him in the coming days in down South.

Kajol returned to Tamil cinema with Soundarya Rajinikanth's VIP 2 nearly after two decades. The actor, who has mostly been seen in a bubbly kind of roles, played a villain in the movie. In many interviews during the promotion of the film, Kajol revealed that she was initially reluctant to essay the role of Vasundhara Parmeshwar as 90 per cent of her dialogues were in Tamil. The film, with Dhanush in the lead role, is a sequel to Velaiyilla Pattathari and is about the face-off between the film’s protagonists - Vasundhara and Raghuvaran (Dhanush). It was an average hit at the box-office while Kajol managed to pull off a satisfactory performance.

After having acted in critically acclaimed films like Dev D, Oye Lucky Lucky Oye and Shanghai, actor Abhay Deol is making his Tamil debut with upcoming thriller Idhu Vedhalam Sollum Kadhai, the teaser of which released in September. Abhay, known for making distinctive film choices, will be seen playing the role of King Vikramadithiyan in the movie for which he even shed 10 kg. The film, also starring Ashwin Kakumanu, Guru Somasundaram and Aishwarya Rajesh, is a road action thriller laced with fantasy. Abhay has also co-produced the film.

After signing Shankar's mega-budget 2.0, Akshay Kumar became the first Bollywood male actor to be doing a Tamil film. A sequel to the 2010 movie Enthiran (Robot), 2.0 stars superstar Rajinikanth in the lead role. While Akshay will play Richard, a scientist, who turns into a Crow Man after an experiment goes wrong, Rajinikanth will be seen as doctor-scientist Vaseegaran. Also starring Amy Jackson, Sudhanshu Pandey and Adil Hussain, the film is touted as the most expensive Indian film till date. It was originally set to arrive in cinemas this year on Diwali but was later pushed to January, in order to allow more time for post-production. However, it will now hit theatres in April 2018. 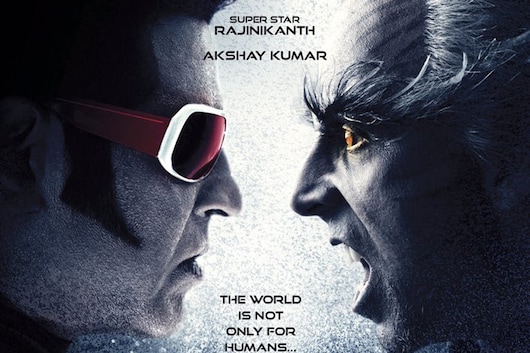 Shraddha Kapoor, who has already made waves in Bollywood with her roles in films like Aashiqui 2, Haider and ABCD 2, will be seen romancing Baahubali star Prabhas in an upcoming multilingual action thriller Saaho. From Anushka Shetty to Katrina Kaif - quite a lot of names from Bollywood were in the race to play Prabhas' leading lady in the sci-fi action film, but eventually Shraddha got the part. The filming for the movie began in June 2017 and is scheduled to release next year. Directed by Sujeeth Reddy, the film also features Jackie Shroff, Mandira Bedi, Chunky Pandey and Neil Nitin Mukesh.