Despite the strong perceptions, Indian adaptations of hit western shows have made inroads to Indian living rooms, and have received mixed response from the audience.

Indian television is all about family shows. Indian couch potatoes were in for a surprise when they came across a different kind of family lately with the comedy series 'Sumit Sambhal Lega', which went on air, earlier this month. Unlike other TV families, there was no kitchen politics and no teary eyed dialogues, rather the happy go lucky Walia family making genuine efforts to tickle our funny bone by taking picking a slice from their daily urban life.

Indian adaptation of Warner Brother’s successful American show 'Everybody Loves Raymond', the new sitcom is making every possible attempt to bring in American humour on TV, giving the audience much-needed break from in-your-face jokes that usually made inroads with the routine comedy shows. Starring Namit Das as Sumit, Manasi Parekh Gohil as wife Maya with Bharati Achrekar and Satish Kaushik playing the parents, the original screenplay writer Steven Skrovan have been roped in to write the Indian version too.

Subtle humour on Indian television has been missing for a long time and sitcoms revolving around urban milieu had become a rarity. 'Sumit Sambhal Lega' has emerged as a refreshing change as it is a throwback to light-hearted family comedies such as 'Yeh Jo Hai Zindagi', 'Dekh Bhai Dekh', and 'Sarabhai Vs Sarabhai' that added a distinct humoristic flavour on the small screen, which got completely missing lately.

‘Everybody Loves Raymond’ is a real life narration of creator/producer Phil Rosenthal represented as Ray Romano, the lead character in the show. In its 8thseason now, the sitcom is running successfully since 1996 in UK and USA. Indian TV has always banked on formats of reality shows from the west. Hit non fictional reality shows have always been formatted on the western originals. Shows such as 'Kaun Banega Crorepati' were borrowed from 'Who Wants To Be A Millionaire', 'Britain’s Got Talent' was the inspiration behind India’s Got Talent, Bigg Boss is formatted on Celebrity Big Brother, Strictly Come Dancing is the inspiration behind Jhalak Dikhlaa Jaa. These shows have been a big success stories on Indian television.

Fictional show space has been largely dominated by daily soaps which have never looked beyond saas bahu plots. There have been very few shows based on international hits, as most channels never try to serve anything out- of- the- box. Channels believed that experimental fictional contents are vehemently discarded by the masses.

Despite the strong perceptions, Indian adaptations of hit western shows have made inroads to Indian living rooms, and have received mixed response from the audience. We take a look at the Indian shows which were ripped off from the western hits.

1. 24: Hit edgy show on counter-terrorism unit revolving around Jack Bauer played by Kiefer Sutherland, got a desi twist when Anil Kapoor reprised the head of an anti-terrorist cell Jai Singh Rathore in the Indian series of the same name. Though Indian 24 wasn’t a huge hit but it was an innovative step by Kapoor. The second season is in pipeline and will be based on Mumbai bomb blast. 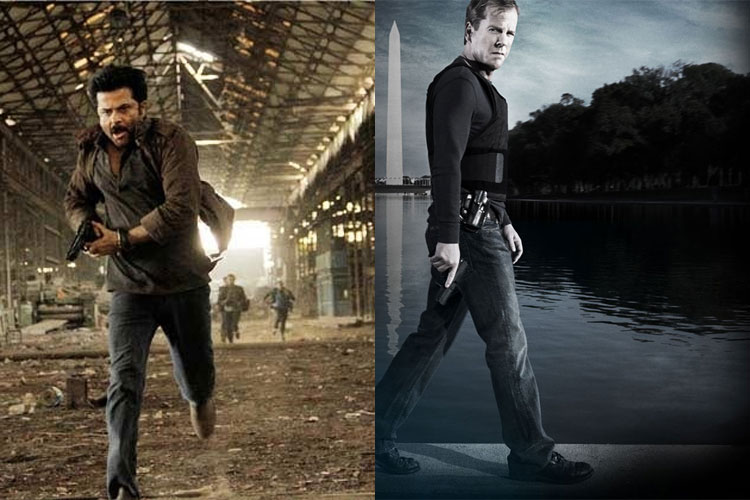 2. Comedy Nights With Kapil: Stand Up comedian Kapil Sharma took a cue from hilarious British show Kumars At No 42 featuring British Asian actors Meera Syal and Sanjeev Bhaskar. Though Comedy Nights became a huge hit, Sony had earlier toyed with the similar idea with shows such as Kurkuriya House No. 43 and Batliwala House No. 43. 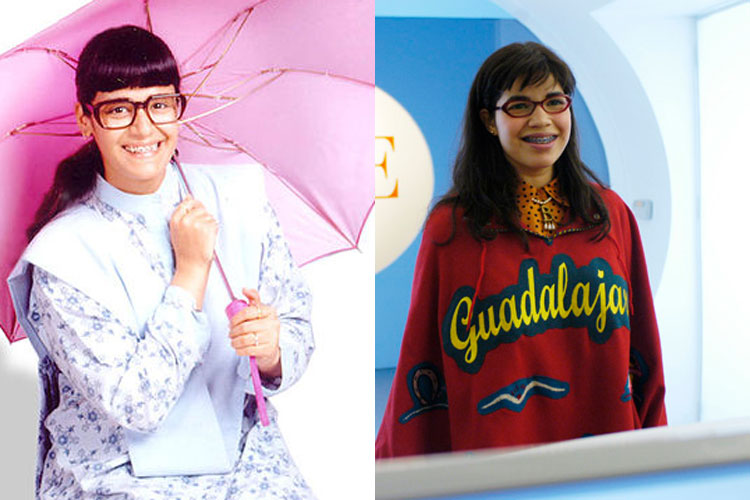 4. Jeannie Aur Juju: Hit American show ‘I Dream of Jeannie’ was recently transformed into a desi comedy ‘Jeannie aur JuJu’ starring Ali Asgar and Gia Manek. The Indian version did not have the subtle humour of American Jeannie, but the audience loved the chemistry between the lead stars. 5. Hello Friends: This was a sad attempt to give the audience an Indian version of super hit American show Friends. Hello Friends ran for a few months in the 90s but failed to make an impression. Despite the ensemble cast, consisting of Cyrus Broacha, Rohit Roy, Mandira Bedi, Simone Singh, Nikhil Chinappa and the likes, the show failed due to lack of effervescent writing which the original show has been known for.