News18» News»Movies»25 Years of Hum Aapke Hain Koun: 5 Life-changing Lessons From One of the Greatest Films of All Time
2-MIN READ

25 Years of Hum Aapke Hain Koun: 5 Life-changing Lessons From One of the Greatest Films of All Time

Here is a look at why this Sooraj Bharjatiya-directed ‘Hum Aapke Hain Koun’ was not just a mere film but a rich source of inspiration for people of all age groups.

It was exactly 25 years ago on this very day that Hum Aapke Hain Koun..! opened to a thunderous response at the box office, helping Salman Khan revive his then fading career. Moreover, the stupendous success attained by it also ushered in the era of family entertainers.

Here is a look at why this Sooraj Bharjatiya-directed Hum Aapke Hain Koun..! was not just a mere film but a rich source of inspiration for people of all age groups:

Being unselfish isn’t that uncool: As a joint family comprises a significant number of people and that too from different generations, there are numerous aspirations which are at play in such a setup. Hence, conflicts can take place at the drop of a hat. Under these circumstances, the decorum of a family can be maintained only if we behave in a considerate and unselfish way. This is just what ‘Hum Aapke Hain Koun..!’ highlighted. In a crucial scene Salman’s character agrees to sacrifice his love in order to avoid hurting his brother’s feelings. Grand celebration of Indian wedding: ‘Hum Aapke Hain Koun’ was perhaps the first film to make the customs associated with the Indian wedding an integral part of its narrative. Moreover, it also highlighted that weddings are the ideal platform for two unknown families to break ice, forming an inseparable and tender bond with each other. 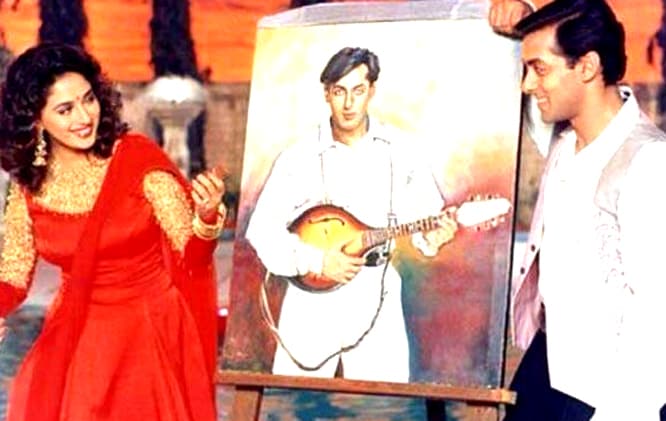 Move beyond stereotypes: In the early 1990’s most Hindi films projected women as shy and weak individuals while men were shown to be charismatic extroverts. A case in point is Shah Rukh Khan’s ‘Darr’. However, ‘Hum Aapke Hain Koun..!’ was very different in this regard. In the film, Salman played the role of a timid young man while his onscreen lover Madhuri was projected as a lively and vivacious individual. Highlighted the need to respect elders: Traditional wisdom tells us that the key to a successful life is respecting our elders! For they are not only a tremendous source of inspiration, but more often than not end up being our last line of support. This is underlying philosophy of almost each and every scene - right from the ones featuring Alok Nath and Salman Khan to the ones involving ‘Bhai’ and his onscreen sister - in law-- in ‘Hum Aapke Hain Koun..!’. ‘HAHK’ was a love story with a twist: At the end of the day, the film was all about falling in love. However, ‘Hum Aapke Hain Koun..!’ must be applauded for treating the romantic track with tremendous maturity. Yes, there was a lot of ‘nok jhok’ between Madhuri Dixit and our beloved ‘Bhaijaan’ but none of it was cheap, lecherous or over the top. They did not dance on crowed roads neither was there any ‘bagawat’. It was a love story that unfolded in a family setting and ultimately resulted in marriage only with everybody’s consent.

(This article has been modified)