8 Times Ranbir Kapoor Wowed us With His Radical Approach Towards Love, Life and Career

Back in 2007, a lot of eyebrows were raised and many voiced opinions as it was one of the Kapoors making his debut. Sanjay Leela Bhansali’s Saawariya which happened to be Ranbir Kapoor’s debut film may not have made it big at the box office but the actor managed to create stardom for himself; a kind that girls would know and understand really well. He began his Bollywood journey with élan and started to prove his acting credentials, one film at a time.

Ranbir’s non-chalant casanova act in Bachna Ae Haseeno created a permanent place for him in the minds and hearts of cine-goers. The coming-of-age drama Wake Up Sid can probably be etched as one of the biggest pushes to his career. His vibrant act in Ajab Pram Ki Ghazab Kahani, his portrayal of a dedicated young lad in ‘Rocket Singh: Salesman of the Year’, his nuanced performance in the political saga Rajneeti, his landmark performance as a deaf and mute guy in Barfi, him owning Jordan in Rockstar or him giving voice to the thoughts of youth in Yeh Jawani Hai Deewani; it was as if he was meant to rule Bollywood both on-screen and off-screen.

But life, as they say, it’s almost like a sinusoidal wave. His smooth sailing career hit a rough patch in 2003 when his solo film Besharam crashed at the box office. Roy and Bombay Velvet further took his graph down. Tamasha, which was Ranbir’s last film got the audience divided; some loved it, some loathed it. Whichever was the case, his on-screen repertoire earned him brownie points despite the fact that even this film failed at the box office.

Between all these crests and troughs, what’s commendable is that the actor always maintained his calm and managed to have a dignified response to everything that everyone threw at him. Weather it was his career downfall, his relationship with Deepika or Katrina or him being the torch bearer of Kapoors; Ranbir has time and again floored the audience with his affable words.

As the actor turns a year older, here’s a quick look back at times when he came out with a dignified response towards his love, life and everything in between.

On being a star kid Image: A still from his interview to Rajeev Masand

"There is an upside because you can get a big break and people look forward to your films but the flipside is that expectations are very high. People are critical right from your strand of hair to your nail. So, there are ups and downs to everything. I am not saying that somebody else’s struggle is more than mine or mine is more than his. But everyone has his own struggles and I had mine too."

On his contemporary actors "I don't think there is any cold war. I am fond of all the actors of my generation - be it Ranveer Singh, Shahid Kapoor, Imran Khan, Varun Dhawan - all of us are busy with our work, we don't really meet much. But we try and catch up at award functions and parties. There is a friendly, healthy competitive vibe going on. No one wants the other person to not do well. We get happy and jealous when we see a good performance, but we all congratulate each other and encourage each other. I guess it is too early in our careers to have this competition".

On his current frame of mind 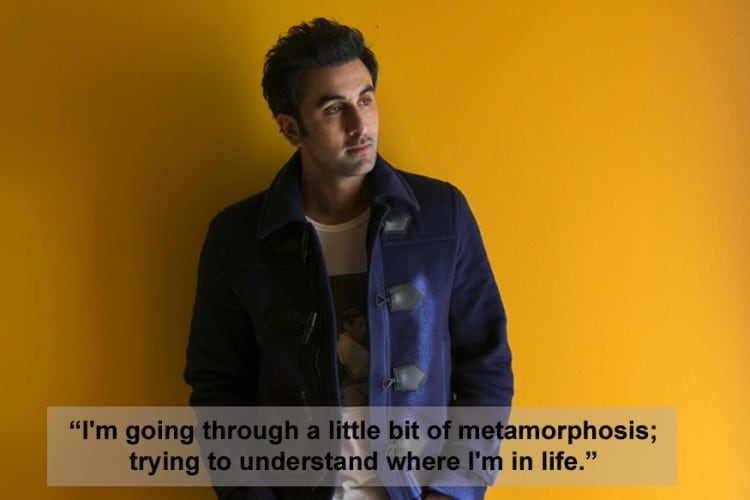 "There has been a huge change in my life. I'm in that phase where I've to change; my films have to change, tricks in my magic bag and I’ve to go back to being nobody. And there’s an absolute bliss in that. That star that I was meant to be and didn’t become, search is for that. Whatever has happened in my life in the past couple of years, it is only instrumental in making me the person I'm going to become in the upcoming films. I'm going through a little bit of metamorphosis; trying to understand where I'm in life. It's a good time. I'm trying not to turn negative, nervous, insecure or anxious. My films haven’t been working, there has been a huge negative spotlight on me. But you've to take all that in your stride. I'm nurturing myself. I've immense faith in my talent."

On his box office failures 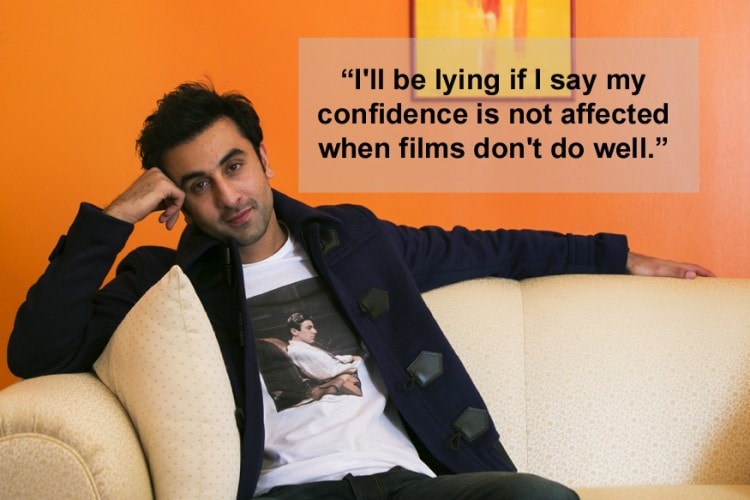 "To be honest, my choices aren’t being tested right now. Can’t take credit for the choices because I'm working with filmmakers I'vem worked with before. These are all the best in the business. I'll be lying if I say my confidence is not affected when films don't do well. Actors are insecure, actors are worrisome. They keep thinking whether the shine on my stardom is fading. All those thoughts come in but, you've to fight it. God is on his work. You need to keep working."

On the destiny of his films Image: A still from the trailer of his upcoming film 'Ae Dil Hai Mushkil'

"What I can do is work with my heart, but I don't have any control over the final destiny of the film - whether it'd be hit or flop." "I always expected Deepika to reach very high levels, but I had no idea that she will become such a fine actress so soon. She is the first actress in front of whom I am a bit intimidated."

On his break up with Katrina Kaif "Whatever I say is grossly misconstrued, there are a lot of interpretations. I've not even said that I've broken up you know, don't feel the need to talk about it. My personal life is very dear to me. What my relationship with Katrina is, was or going to be, it’s really dear to me. After my parents, she has been the most influential, motivational entity in my life. I don't want to speak about it. No negativity, no sense of bitterness about it. There’s nothing to talk about. Its fine, you don't need to know if I'm affected or not. My relationship was really punctured by a lot of things; baseless rumours, reports, perceptions. I don't want to clarify."

On his family plans 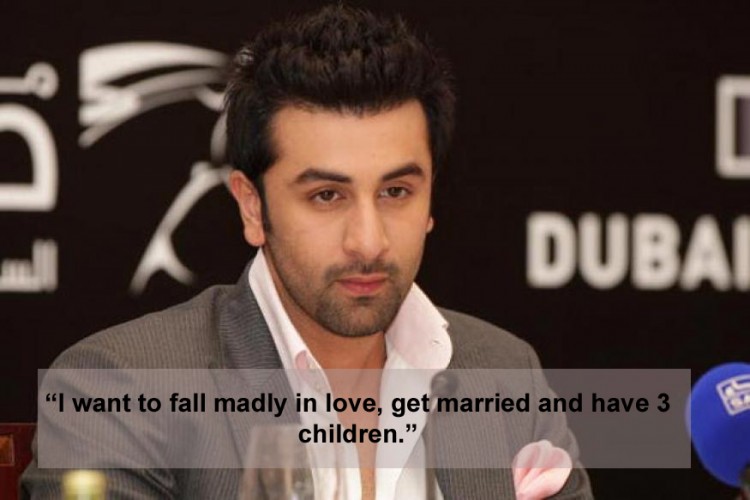 "Time frames change. I remember when I started, I said that I will get married by the time I am 28 and have 3 children by the age of 30. The desire is still the same. I want to get married and have children. I will do it in the right way, meet a like minded person, fall madly, truly, deeply in love and take it from there. Everything should be natural and organic."