Abhishek Bachchan Birthday: Five Times the Actor Impressed Us with His Choice of Scripts

On the actor’s 43rd birthday, we take a look at some of the off-beat roles that Jr. Bachchan pulled off with flair and charisma.

Conventional good looks and celebrity parents can get your acting career started in the Hindi Film Industry, however, they are not the sole parameters that weigh in when it comes to selling tickets at the box-office or convincing the ever evolving cinema audience to watch a two hour film starring the said actor. Career prospects in Bollywood change for an actor who takes the effort to delve into his/her art and pick a role or two, every once in a while, that are not mainstream.

Abhishek Bachchan is one actor who can be rightfully credited for making unsafe career choices that went a long way in making him a rounded artist that he is today. From featuring in multi-starrers to leading unconventionally themed films on his shoulders, Bachchan has tried it all in his 19-year long film career.

On the actor’s 43rd birthday, we take a look at some of the off-beat roles that Jr. Bachchan pulled off with flair and charisma, while leaving a substantial mark for himself in the film industry.

This Mani Ratnam directorial is one of the best films to feature Bachchan at his raw-natural best. Lallan Singh was not meant for Abhishek, up until he played the low-life and proved it that no one could have pulled off a better goon than him. His chemistry with Rani Mukerji and their abusive relationship as envisioned by the director, was one of the highlights of this political-thriller. Rani-Abhishek duo would go on to star in several films together. Yuva won the actor a Filmfare Award for Best Supporting Actor and a nomination in the Filmfare Award for Best Performance in a Negative Role Category. 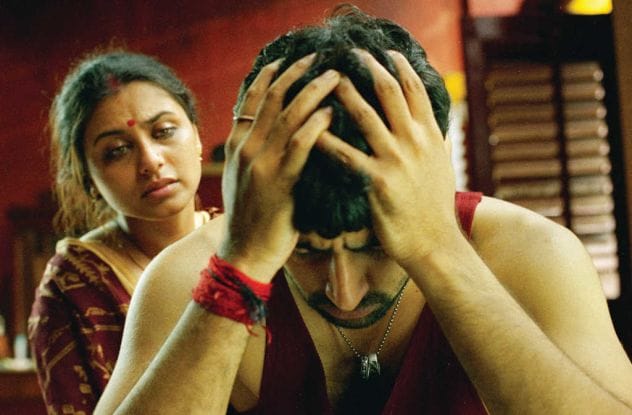 This out of the box crime-comedy is one of a kind film. Abhishek played Rakesh aka Bunty, an aspirational middle class boy from a small town, effortlessly. Bunty and Babli were greedy criminals who could sell the Taj Mahal to unsuspecting foreigners. Backed by Shaad Ali’s nuanced direction and Shankar-Ehsaan-Loy’s peppy music, this film is on the most favourite list of many. Back in his con-man avatar for the second time in one year, Bluffmaster was one of the high point in the actor’s career in essaying a parallel, unconventional role. Roy Kapoor was an elite crook and a compulsive liar. Roy’s break-up with his longtime girlfriend Simi (Priyanka Chopra) pushed him even further into the dark world of felony. Very natural and effortless as Roy, Abhishek handled this easy-talking, easy-going routine criminal with suave. 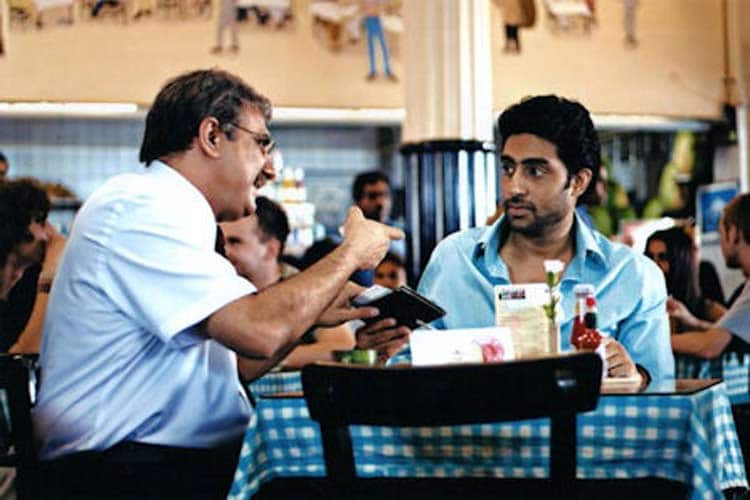 Gurukant Desai was an outspoken family-man with two objectives: to dismantle the monopoly of textile merchants in Mumbai city and make it big in the trading business. Gurukant succeeds and how. Guru was written with the sole focus of depicting Gurukant and his life journey, and Abhishek thrived in the prospect. The charged speeches of Gurukant and his steadfastness in achieving what he truly believed in went on to ring a bell with the audience. The film also got Abhishek a nomination for the Filmfare Award for Best Actor. This romantic comedy directed by Tarun Mansukhani tells the story of two men who pretend to be gay to share an apartment with a girl and eventually both fall in love with her. One of the men is Sam (Abhishek bachchan) who is loud, melodramatic and crass at times. Sam is devious and will stoop to any level to win over Neha (Priyanka Chopra). The film is hilarious, backed by Bachchan’s performance and his wicked chemistry with co-star John Abraham. The film earned Abhishek a nomination for Filmfare Award for Best Actor. 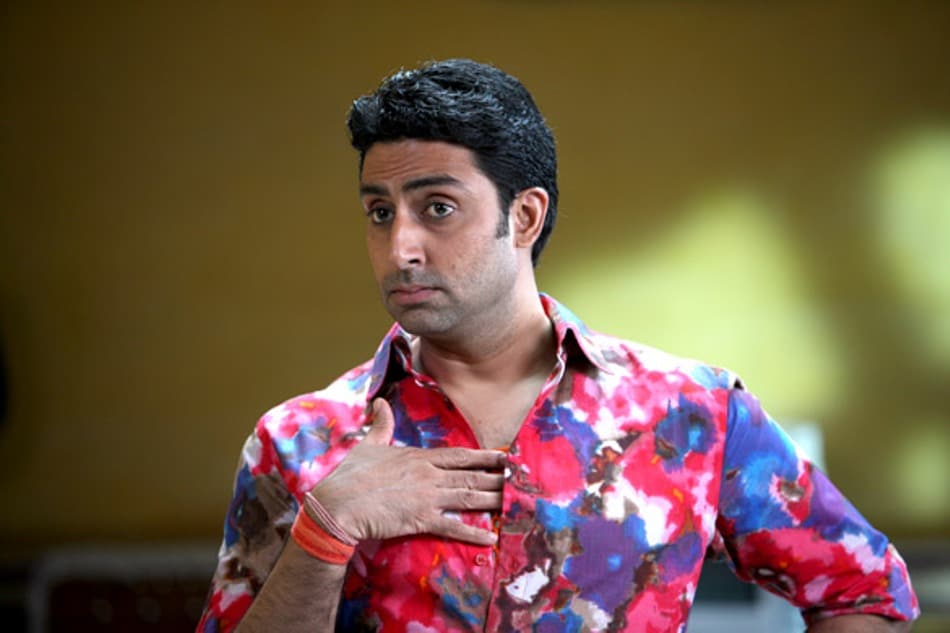