Actress Kareena Kapoor Khan gave birth to her second son this year in February. Since then, people have been speculating about the name of the younger son of the celebrity couple Saif Ali Khan and Kareena. In July, it was made public that Saif and Kareena have named their second son Jeh. However, it is only now that the full name of the baby has been revealed.

According to reports, Kareena herself has mentioned her younger son’s name as ‘Jehangir’ in her book ‘Pregnancy Bible’. Ever since the revelation, there has been a lot of discussion over it on social media, especially on the micro-blogging platform, Twitter. Saif and Kareena are facing flak for naming their second son after the Mughal Emperor Jehangir. 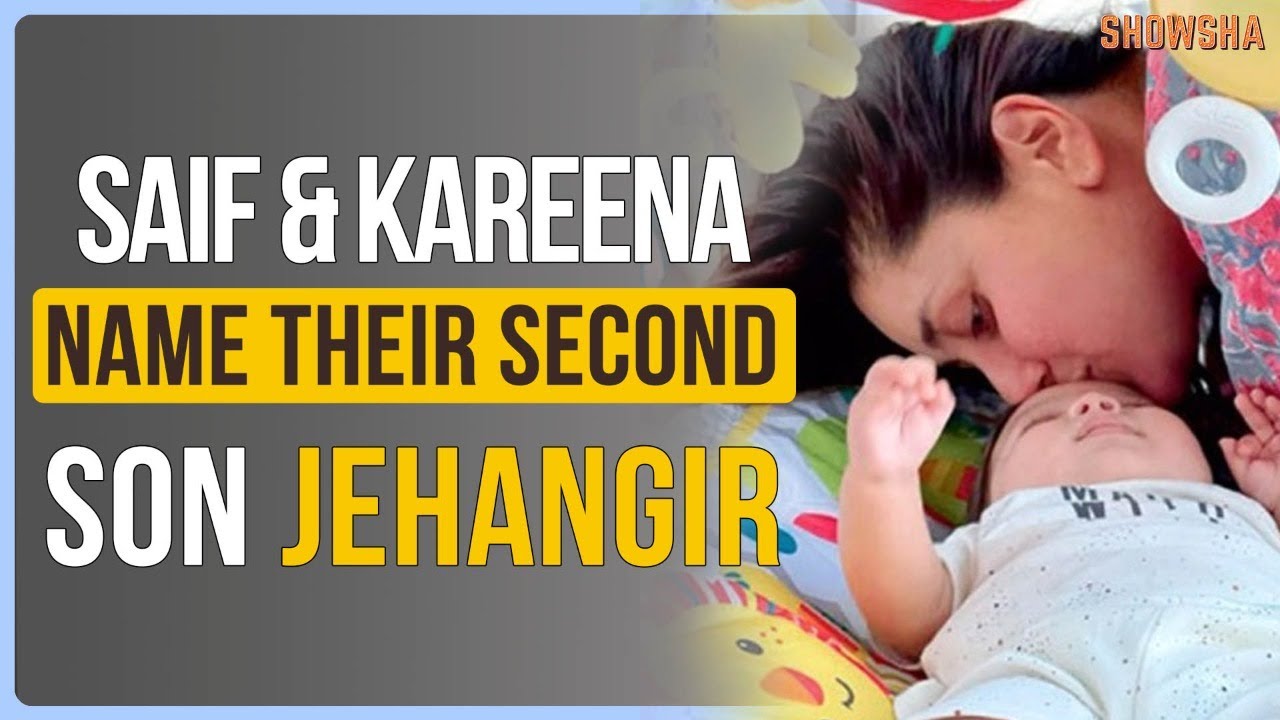 Saif and Kareena had named their firstborn as ‘Taimur’, which drew sharp criticism on social media with the couple being viciously trolled. A source had revealed that the couple considered a few other names before settling on Taimur. “When Taimur Ali Khan was born, Saif was keen on naming him Faiz after the famous poet Faiz Ahmed Faiz but Kareena decided to go with Taimur. This time too, Saif was keen on naming the child Faiz, but later on, the couple thought of naming their second child Jehangir Ali Khan,” said the source.

Back in July, there were speculations that Saif and Kareena have shortened the name of their second son to Jeh to avoid a controversy.

However, it looks like they were not quite successful. Just like his elder brother, little Jeh’s name has also attracted controversy, with both Kareena and Jehangir trending on Twitter. People are even remarking that Kareena should name her next child Babur or Aurangzeb, both of whom were Mughal rulers like Jehangir.

Saif Ali Khan and Kareena Kapoor seems to be running a 21st century Mughal dynasty by naming their kids after erstwhile Mughal Rulers. Timur is followed by Jahangir. I hope Saif doesn't consider himself to be Babur! 😂#SaifAliKhan #KareenaKapoorKhan

Jahangir was so brutal that skinning people alive was his fav type of punishment ..
Kareena said that Saif is a history buff.. I am sure he is that’s why he named his son Jahangir

Saif is producing kids or webseries on Mughals?

Looks like #KareenaKapoorKhan and #SaifAliKhan will form the Team of the Mughal Ruler,
First #taimur and now #Jehangir.
Who will be next …..😲😛 pic.twitter.com/hIUH9Ac3ba

However, some others have come to the defence of Kareena. A few users supported the decision of the celebrity couple.

Was not a great fan of Kareena but her I give a damn attitude and courage has made me swoon over the lady. The society likes more like her #SaifAliKhan #KareenaKapoorKhan you guys rock pic.twitter.com/orC3XKiCzc

What is the problem if #SaifAliKhan and #KareenaKapoorKhan name their son ‘Jeh Ali Khan’! He is their child and they have all right to name their son whatever they want!

Kareena announced her second pregnancy in August last year. Since then there was a lot of speculation about her second child. The trolling on social media for Saif-Kareena is not new. Though the Bollywood’s one of the much talked about couple don’t care much about this, still they don’t forget to answer the trolls at times.