All eyes are on Priyanka Chopra as she is about to make her red carpet debut at the Cannes Film Festival.

After garnering a lot of attention with her Met Gala 2019 look, Priyanka Chopra is now all set to take on another red carpet. She will be attending the 72nd edition of the Cannes Film Festival. The actress, who has acted in Hollywood movies like Baywatch and Quantico, is really excited for her red carpet debut at Cannes Film Festival 2019 and her excitement is quite evident from her Instagram profile.

Priyanka, who is now gearing up for her next release, The Sky Is Pink, has learned the skill to slay the red carpet look, all thanks to her Hollywood connection. While we await her debut look at the Cannes Film Festival 2019 red carpet, here are five other times when Priyanka Chopra Jonas raised the temperature with her red carpet looks:

Priyanka chose to wear a Ralph & Russo dress for the Oscars red carpet for the 89th Academy Awards in February 2017. She wore the silver gown with geometric detailing, combined with jewel earrings and neatly-done hair.

In a Zuhair Murad white embellished gown with sheer overlay, Priyanka completely rocked her first Oscars red carpet look in 2016. The lacy gown with a long tail made Priyanka look every bit stylish.

Thank u team!! Would not be possible without u all! Best dressed baby!! Gratitude to u all! #Repost @danasupnick with @repostapp. ・・・ Operation #Oscars complete ✔️✔️✔️ a big thank you to our incredible team - @sophiabanksc @iamsaraacevedo @castillo_13 @stephaniebbmakeup - @priyankachopra looked amazing last night in @zuhairmuradofficial @jennypackham and @lorraineschwartz and this amazingness wouldn't have been possible without you! 😘 @anjulaachariabath @jenn_din #priyankachopra

Priyanka Chopra was one of the presenters at the 68th Annual Primetime Emmy Awards 2016, and she wore a Jason Wu ensemble for the occasion. She wore a layered red dress with a low ponytail, a pair of stud earrings and bright red lips. 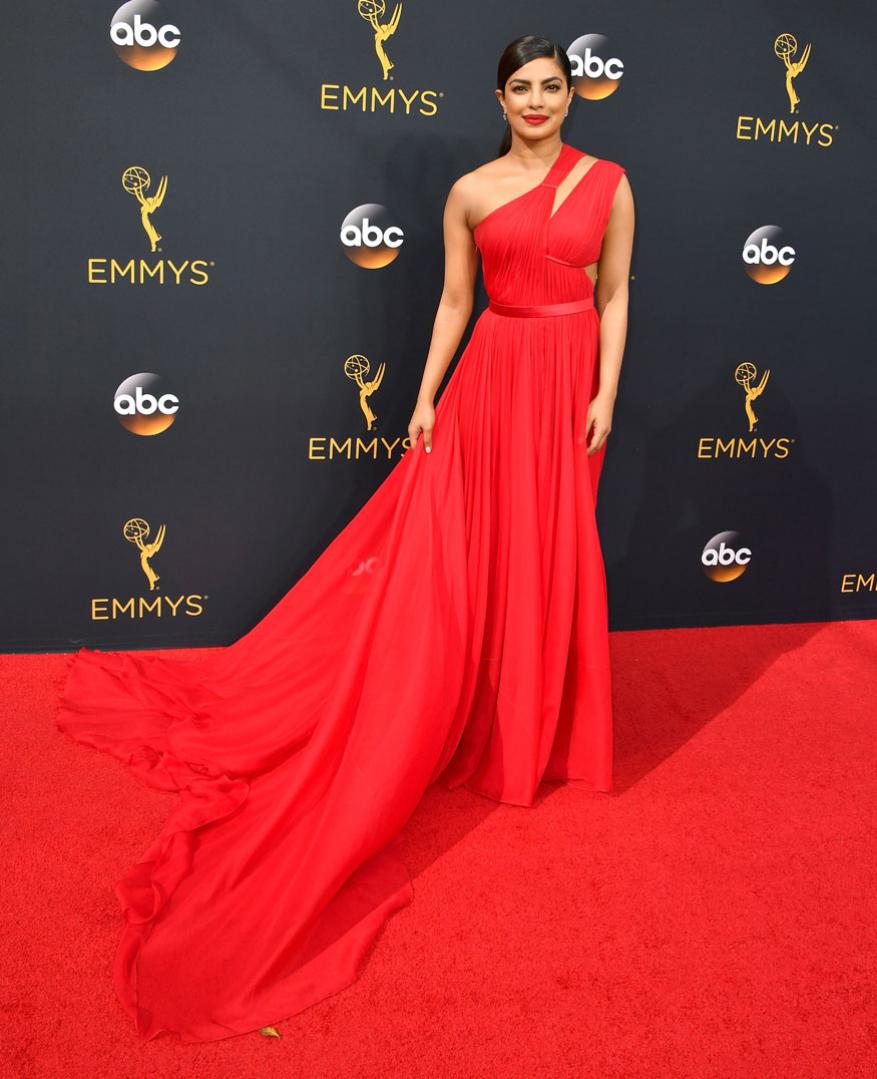 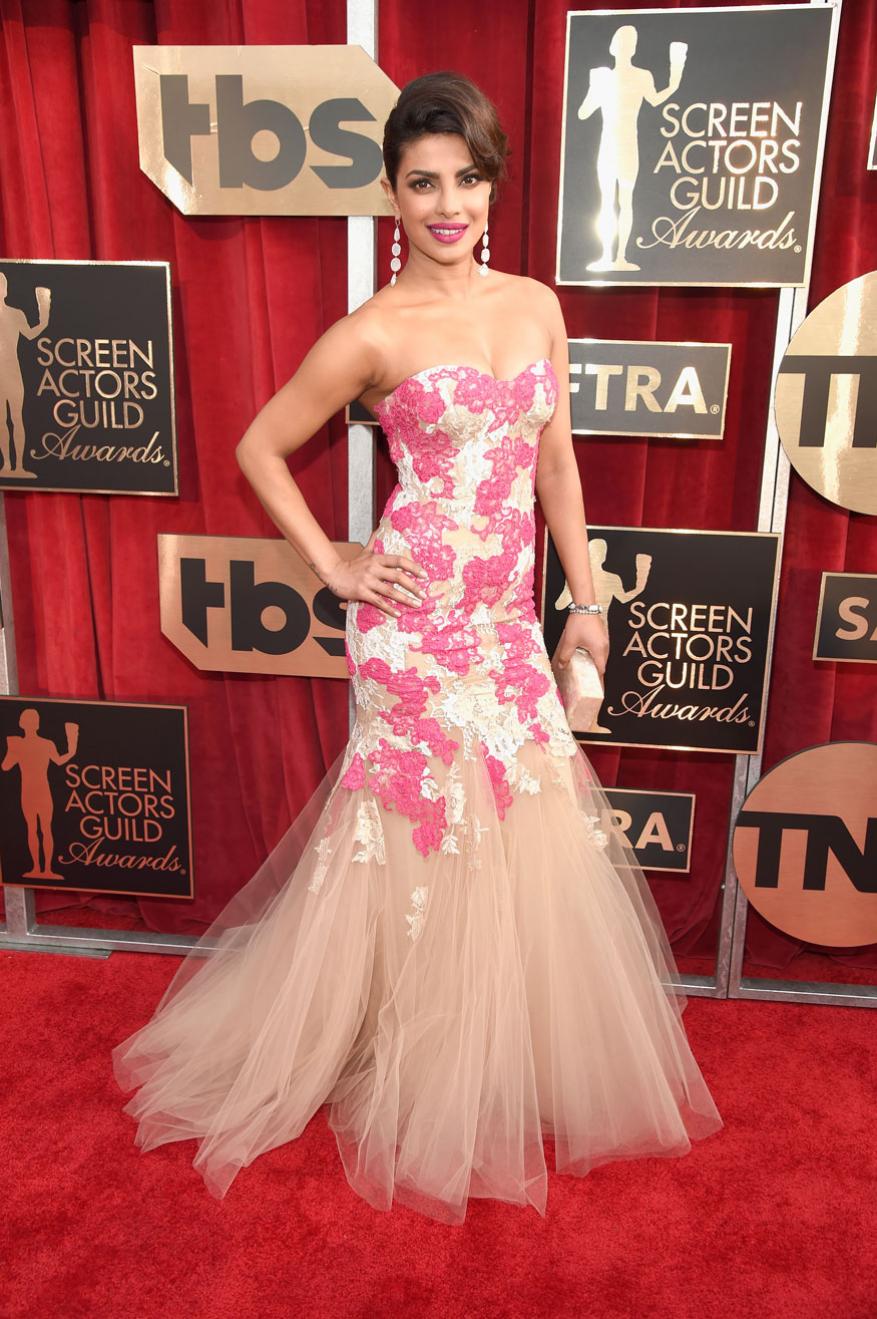