Anushka Sharma is currently in Miami to spend some time with her husband Virat Kohli before the India-West Indies cricket series. See their photos here.

Anushka Sharma and Virat Kohli in Miami. (All images: IANS)

Anushka Sharma has flown to Miami to be by her cricketer husband Virat Kohli’s side ahead of India-West Indies series.

Several photographs of the couple spending some quality time with each other over food have taken social media by storm. In the images, Anushka is sporting a de-glam look in a black-and-grey top and black denims while Virat looks casual-chic in a printed shirt.

The 31-year-old actress had previously accompanied Virat to support India during the recently-held ICC Cricket World Cup in England. 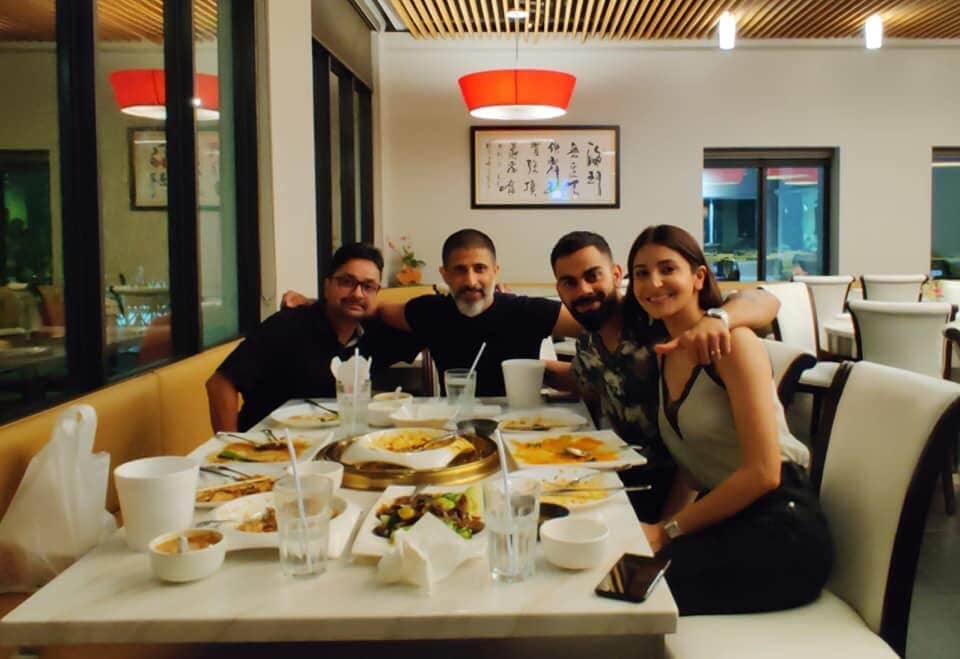 Talking about Virat, Anushka earlier told Filmfare in an interview, “He’s one of the calmest persons I’ve met. Off the field, he’s so relaxed. You can ask my friends, my team. He’s like that on field only because he’s so passionate. He’s not aggressive in real life. That’s only his demeanour on the field. He’s the most shaant person I know. I look at him and I’m like, ‘Wow! You’re so chill.’”

“For him and me, when we’re together, the world ceases to exist. We find solace in one another because of the similarities we share as people. Even when we were dating each other, it was the same thing. I feel extremely happy because he’s my family," she added.

On the professional front, Anushka was last seen onscreen alongside Shah Rukh Khan and Katrina Kaif in Aanand L Rai’s Zero. She is currently busy with her production ventures, including a web series for Netflix titled Mai.