Aishwarya Rai, dressed in a long top and leggings paired with shrug, was clicked holding Aaradhya's hand as they stepped out of the Mumbai airport.

Aishwarya Rai and Abhishek Bachchan returned to Mumbai with daughter Aaradhya after their brief trip to Hyderabad, where Aishwarya was shooting for her film Ponniyin Selvan. The trio was spotted at the Mumbai airport Tuesday night. Aishwarya, dressed in a long top and leggings paired with shrug, was clicked holding Aaradhya’s hand as they stepped out of the airport. However, netizens argued that Aishwarya should let go of Aaradhya’s hand as the latter is “a grown-up” now.

One user commented, “YOU should let go of her hand. We know, you love her but she can walk on her own. SHE IS GROWN NOW. Not trying to be rude but you really need to relax now.” Another wrote, ” “She’s still holding and treating her like 3 yr old kid.” 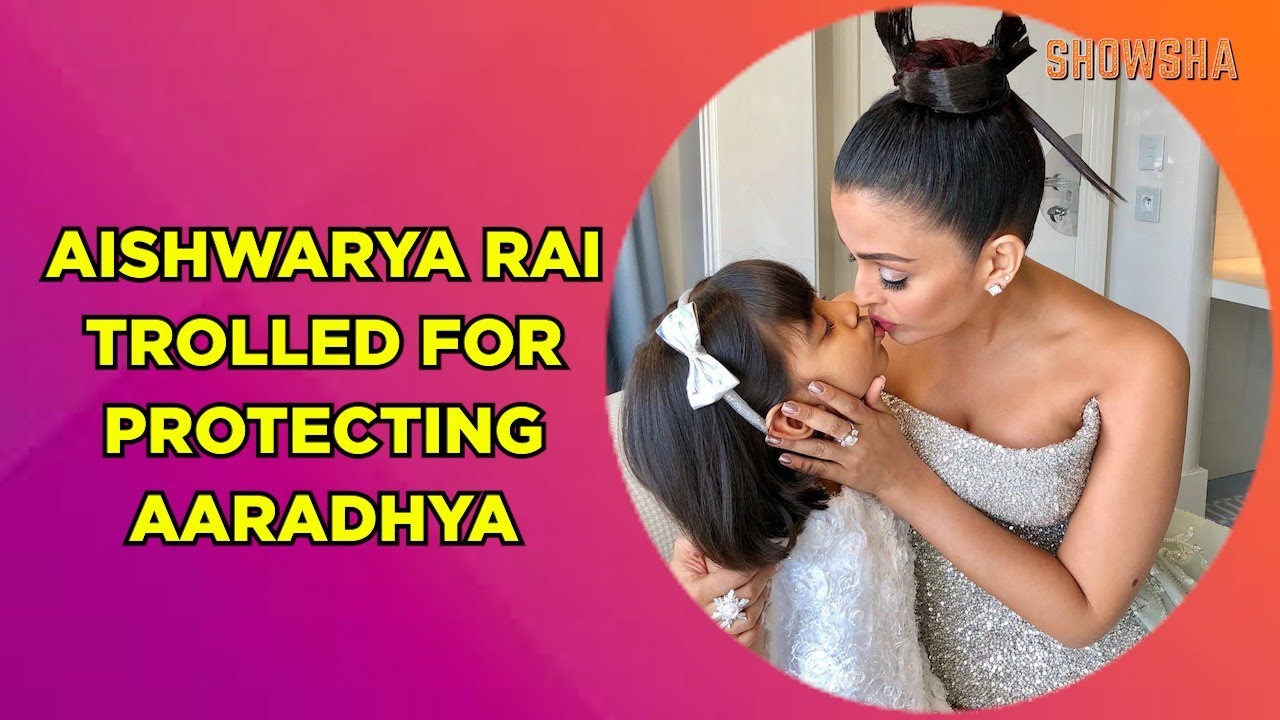 Meanwhile, on the work front, Aishwarya was last seen in Fanney Khan back in 2018. She did dub for the Hindi version of Maleficent: Mistress of Evil in 2019 and her daughter had encouraged her for the same. Now, she will be seen in Mani Ratnam’s film, Ponniyin Selvan. On the other hand, Abhishek Bachchan will soon be seen in films like the long-overdue Big Bull, Diya Annapurna Ghosh’s Bob Biswas, and Gulab Jamun.