Alia Bhatt took some time out to indulge in binge watching 'FRIENDS' episodes on streaming services. Check out what she feels about the American sitcom below.

Alia Bhatt is busy shooting for various projects at the time and it was only recently that her first look from Gangubhai Kathiawadi was unveiled.

The actress took some time out and enjoyed a couple of episodes or more of American sitcom FRIENDS. She shared a picture of her TV that had the show running. She captioned the image as 'it's all you need sometimes'. 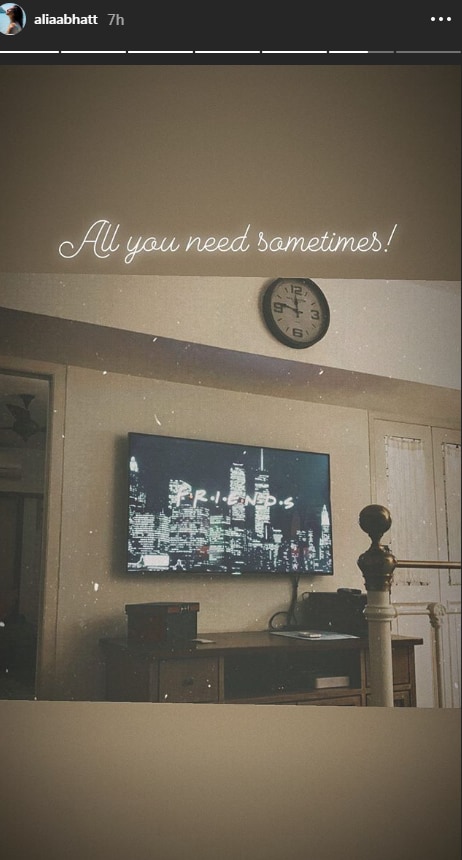 In fact, Takht crew is currently on a film recce and is expected to finalize locations and start filming soon. Directed by Karan Johar it will see Alia play an important role alongside an ensemble of Janhvi Kapoor, Kareena Kapoor and Bhumi Pednekar, among others.