Alia Bhatt posted a message on her Instagram handle which read 'learn from the students'. In another instance, she shared a picture of the Constitution of India in her Instagram stories.

Several Bollywood celebrities posted opinions on the Citizenship Amendment Act (CAA) and the countrywide tension it has unleashed, which was triggered off after Sunday's protests at Delhi's Jamia Millia Islamia University.

Now, Alia Bhatt has posted an image of the Constitution of India in her Instagram stories. In another instance, she even wrote the message "Learn from students" in her Insta stories. Below is a screenshot from her social media handle. 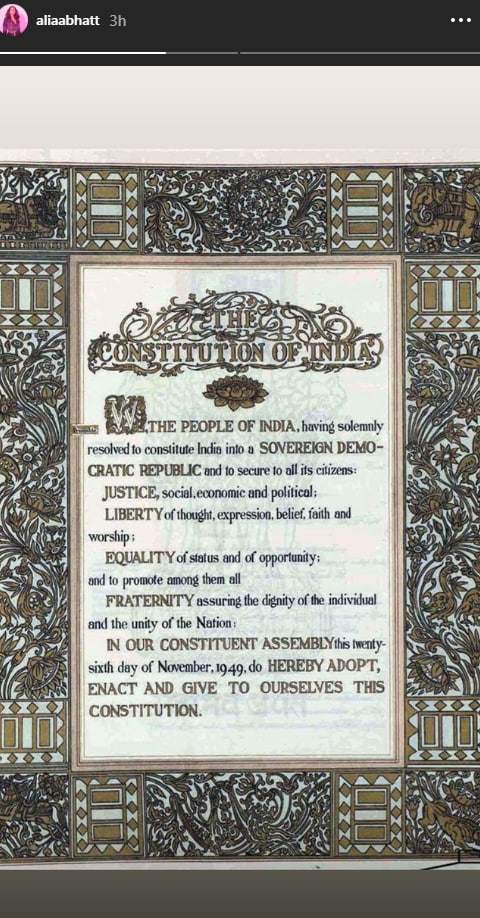 Talking to reporters in Nagpur, he said an "atmosphere of fear" was being created with such actions.

The Delhi-based university virtually turned into a battlefield on Sunday after police entered the campus and also used force, following protest against the Citizenship Amendment Act.