Alia Bhatt faced criticism from fans on social media after the actress seemingly misbehaved with a bodyguard, who was trying to protect her from paparazzi.

Alia Bhatt is the one of the most looked up to celebrities in Bollywood. However, the starlet recently drew criticism from fans on social media for scolding a bodyguard, who was seemingly trying to keep media and fans out of her way as she stepped out from her car.

The video was shared by Viral Bhayani on Instagram handle and seems like fans are pretty miffed with the way Alia spoke to the bodyguard at the venue. In the video, Alia is seen stepping out of her car, as the bodyguard moves towards her to offer her protection from the paparazzi shouting for pics of the actress. Alia, who was minding her own business and walking without paying heed to the press, suddenly looked towards the bodyguard and appeared to be speaking rudely to him.

She even says in the video, "aap log jaaiye aage" and "aap log chaliye," referring to the bodyguards.

Fans of the actress were seemingly upset with her behaviour and responded in the comments section by reminding her that the bodyguards were present there for her own good. One user wrote, "What’s with that attitude, woman? They are your bodyguards. Give respect," while another one responded by writing, "Ye sab Ranvir kapoor ka effect hai,He also behave rudely with fans and media."

Check out some of fans' reactions here: 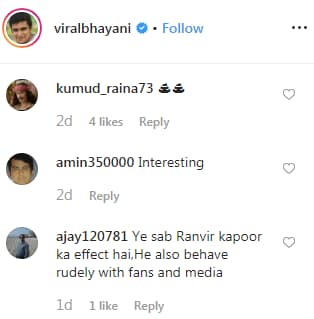 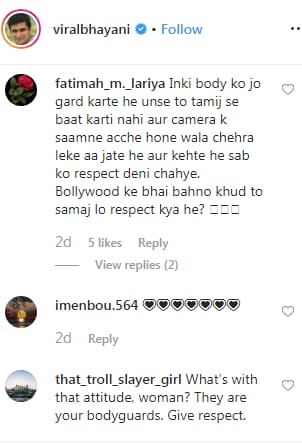 On the movies front, Alia is busy juggling between RRR, Brahmastra and Takht, all releasing in 2020.