At a time when Cannes Film Festival has boiled down to a mere red carpet event, India's win at one of the independent events at the French Riviera brings to the limelight what we've been missing out on - quality cinema.

At a time when Cannes Film Festival has boiled down to a mere red carpet event, India's win at one of the independent events at the French Riviera brings to the limelight what we've been missing out on - quality cinema.

Director Venika Mitra's All I Want managed to impress the critics and audience alike and emerged as the winner of Beyond Border: Diversity In Cannes Short Film Showcase, an independent grassroots filmmakers movement, bringing to fore the diversity and inclusion at the film festival. The film also bagged the audience choice award in the general showcase category.

"There were some great films in the competition and to be frank, I was rooting for another film to win. I checked my award twice on stage before accepting it," an elated Venika told News18.com. 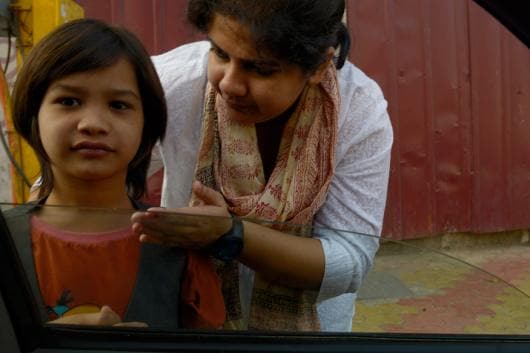 Based on the unwavering pursuit of a street urchin to buy one mango, the film delineates a struggling day in the life of a seven-year-old Ratan. When asked how did the idea to helm a film based on the aforementioned plot strike her, the filmmaker said, "My love for mangoes was exactly how the idea struck me. This film, for me, is a sum total of human magnificence."

She also explained the struggles she had to go through while directing the film. "No one in Mumbai was willing to produce my short film. Yes, I was very discouraged about it. I decided to produce it myself by doing a crowd funding from friends and family. I used my own savings." "The crew members did not charge me anything as they are all my friends and I have worked with them in films as an assistant director. My crew was very supportive and very encouraging," she added while lauding her brilliant technical team which includes the likes of Resul Pookutty, an Oscar-winning and BAFTA-winning sound designer and a National Award-winning music director Anurag Saikia.

"It is much more tougher for independent filmmakers. It took me a year to finish this film including post-production," she added.

The fest saw 231 entries from 30 countries across six continents, out of which only six films were selected in General Showcase category.