Amid Drug Allegations on Bollywood, Sana Khan Says 'Hope People Get to See Real Faces of Their Idols'

Sana Khan took to social media to take a dig at Bollywood celebs for maintaining silence on the alleged drug abuse issue in the film industry.

With the Bollywood industry coming under the scanner amid mounting allegations of drug abuse during the investigation into Sushant Singh Rajput’s death, actress Sana Khan has hit out at celebrities for maintaining silence on the matter.

The actress took to social media to take a dig at Bollywood celebs, sharing a couple of posts on her Instagram story. In one of the posts, she expressed her disappointment towards the media that are discussing Bollywood rather than discussing other issues of relevance.

In another post, she wrote, “And actors who are supporting this campaign know that the cat is out of the kitty so let’s do something before everyone’s names pop up.” She further wrote that she hopes for people to get to see the real faces of their idols. 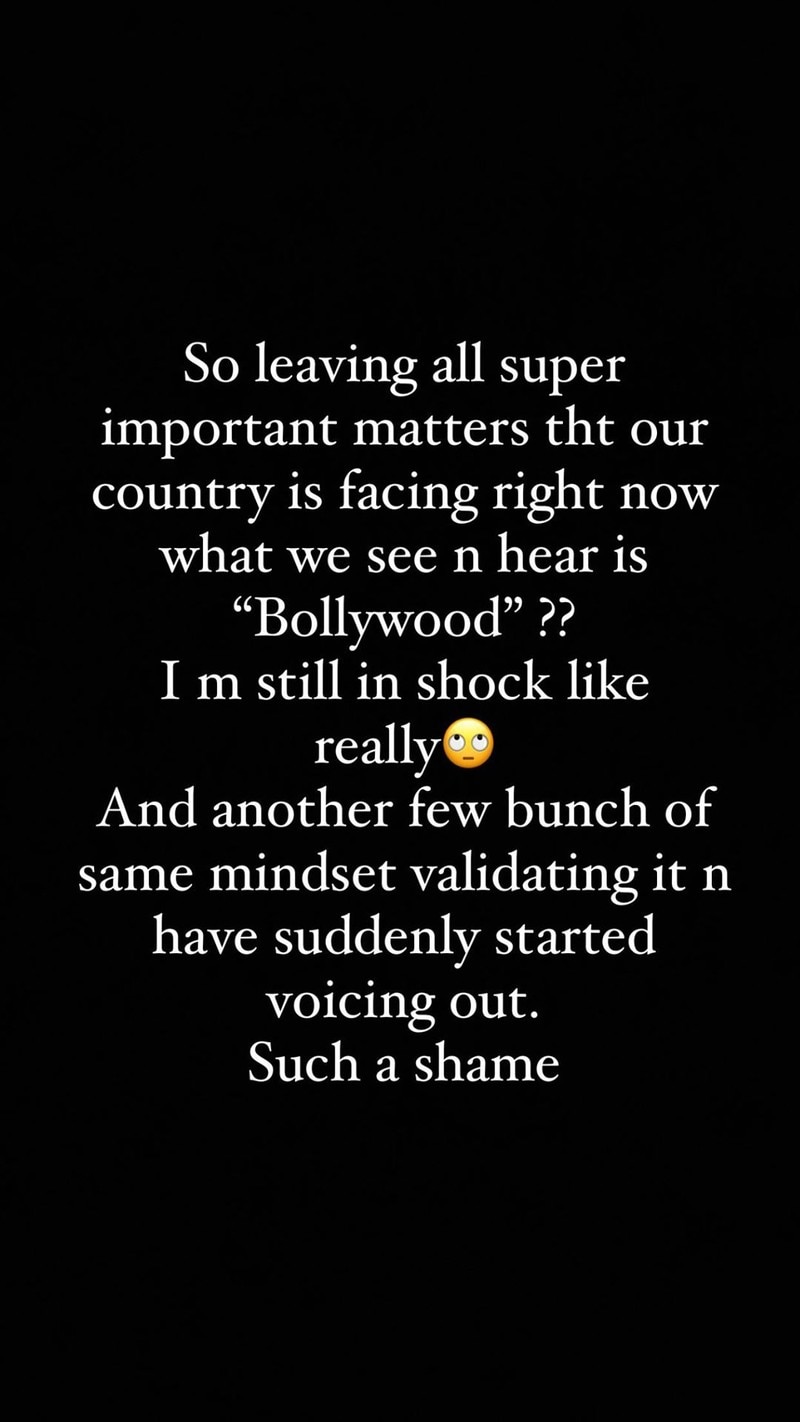 Sana is quite active on social media and often stuns her fans and followers with amazing pictures and posts. The actress left her fans awestruck with her recent pictures in beautiful hijabs. She recently shared a picture of herself wearing an off white Hijab and captioned it, “Do chizey hai jinko dene se kisika kuch nahin jata. Ek Dua, Dusri Muskurahat”.

The actress looks simply gorgeous in her beautiful headgears. She was last seen in Hotstar special Super Ops. She has appeared in special songs in movies like E, Bombay to Goa and Dhan Dhana Dhan Goal.

Earlier, the actress was in news for her relationship issues with the choreographer Melvin Louis. She accused him of some serious allegations including cheating on her.